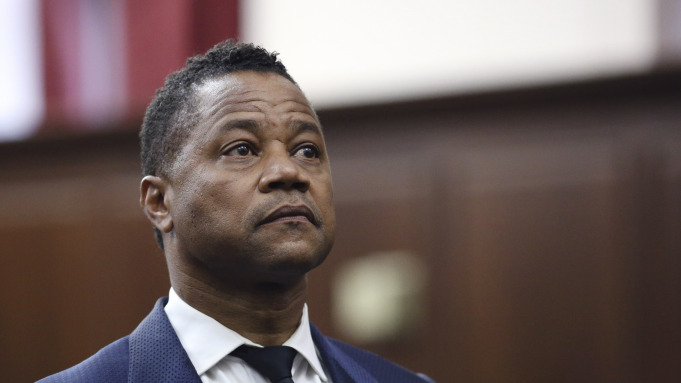 According to the New York Post’s Page Six, two of the women bringing new accusations against Gooding said he grabbed their behinds in New York City restaurants in 2008 and 2013, respectively, while the third woman’s accusations are unclear.

The publication also disclosed that the police are currently investigating the accusations.

In a statement, a spokeswoman for the New York Police Department said only, “The NYPD takes sexual assault and rape cases extremely seriously, and urges anyone who has been a victim to file a police report so we can perform a comprehensive investigation, and offer support and services to survivors.”

The 51-year-old actor has not been charged yet in the three new cases. However, he has been charged with forcible touching and misdemeanor sexual abuse for allegedly groping a woman’s breast at Magic Hour Rooftop Bar and Lounge in Manhattan in June.

The maximum penalty for the offense is a year in prison.

Gooding is expected back in court for his arraignment today, October 15, 2019.

Avengers star Jeremy Renner accused by ex-wife of threatening to kill her.

Videos have emerged of the moment a Russian ice hockey star who signed a million-dollar contract with an American team was rounded up by Russian policemen and taken to an army enlistment office before he is sent to fight in the war in Ukraine. END_OF_DOCUMENT_TOKEN_TO_BE_REPLACED

A woman who flashed a gun before attempting to make her way into Diddy’s BET after-party was arrested outside the mogul’s house. END_OF_DOCUMENT_TOKEN_TO_BE_REPLACED

Andy Goram has died at the age of 58 after a short battle with cancer. END_OF_DOCUMENT_TOKEN_TO_BE_REPLACED

A woman who went viral 2 years ago for marrying the man who caught the garter after she caught the bouquet at their friends’ wedding, has shared an update on their marriage. END_OF_DOCUMENT_TOKEN_TO_BE_REPLACED

Liverpool star, Mohamed Salah has committed his future by signing the biggest deal in the club’s history. END_OF_DOCUMENT_TOKEN_TO_BE_REPLACED