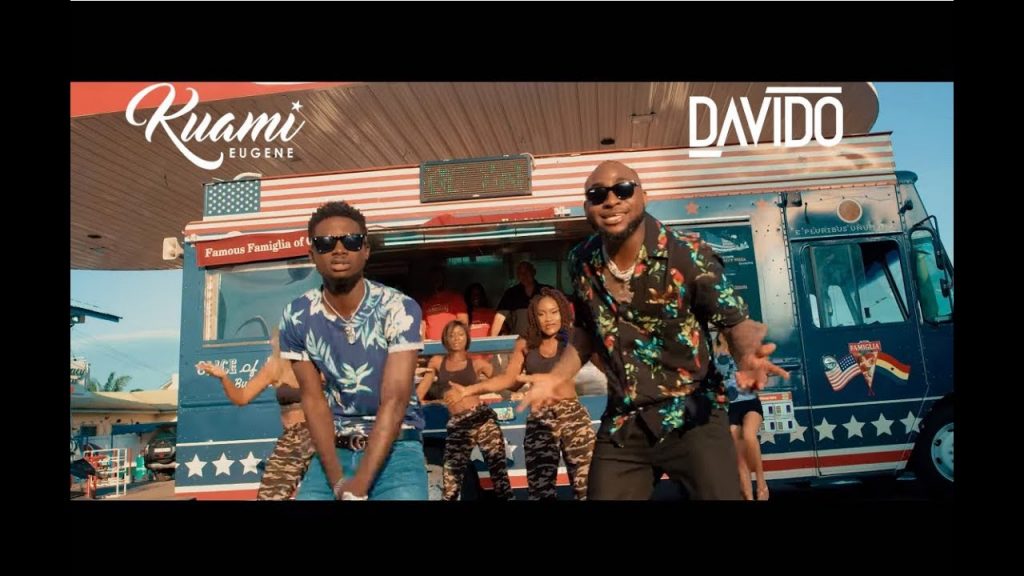 “Davido approached me for a collaboration and i respect him a lot for that”- Kuami Eugene reveals[/caption] Did you agree with Okyeame Kwame when he stated Kidi and Kuami Eugene are better singers than Davido and Wizkid? Well the Lynx Entertainment signee, Kuami Eugene doesn’t seem to agree with “Rap Doctor” as he expressed his admiration for Nigerian artiste Davido. He stated without a doubt that Davido’s music has always moved him and that he is the “best” artiste in the whole of Africa. In an interview on GHOne TV’s Rythmz Live with Eli Kharis, the ‘Angela’ hit-maker acknowledged that Davido’s talent in music is worth listening to. “My extreme respect for Davido comes when he personally approached me for a collaboration. Davido is a matured person, he’s ruling his world, a King somewhere and on top of Africa. So for him coming down to approach a young guy like me Kuami Eugene, I felt honoured and amazed asking myself if it was real. Davido is a masterpiece on his own and he respect the hard work people are putting in their works and I respect him for that” he revealed. https://www.instagram.com/p/BpFvOJSAHFi/?utm_source=ig_web_copy_link Kuami Eugene’s comments come after local rapper Okyeame Kwame said that Kuami Eugene and KiDi are better singers than the Nigerian singer, Davido. https://ameyawdebrah.com/kuami-eugene-and-kidi-are-better-singers-than-wizkid-and-davido-okyeame-kwame/ The singer further added that it was understandable for Okyeame Kwame to make such a comment considering that he is all about authentic highlife music so he sees what Davido and himself are doing to be something with a whole new ‘feel’ to it. He completed by saying that there is no way he can say Davido sounds any less than they do. Kuami Eugene recently held a listening party for his yet to be released “ROCKSTAR” album. Watch highlights below: [youtube https://www.youtube.com/watch?v=K8EFnR-QKYw]]]>