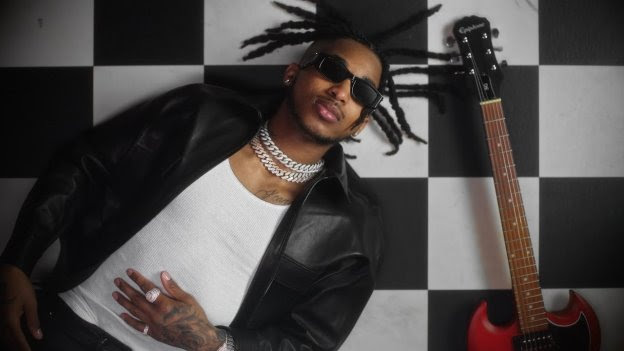 “Storyteller” threads together breezy acoustic guitar with a buoyant beat as his narrative bars take hold. It culminates on one of his catchiest and most chantable choruses yet, “Hot girls have cold hearts, cold hearts hide deep scars like a motherfucker, deep scars make better stories, but I ain’t no storyteller.” It ultimately illuminates another facet of this fiery hip-hop force!

It arrives on the heels of his otherworldly banger “Elon Musk” [feat. Gunna]. The latter has impressively generated 24 million Spotify streams and counting and 9.6 million YouTube views on the music video. Right out of the gate, it earned critical acclaim. Complex observed, “The Pontiac, Michigan native goes back-to-back with Gunna over an ethereal 808-heavy beat,” and UPROXX added, “DDG decides to take his talents to outer space.” Meanwhile, Our Generation Music put it best, “With each passing year he continues to level up his status, bringing along high-profile features and consistently dropping quality music of his own.”

DDG has elevated the culture on his own terms. Last year, he graced the covers of KAZI Magazine, UPROXX, PREME, and XXL as part of the coveted 2021 Freshman Class. Not to mention, he has crossed the 1 billion stream threshold on the heels of his acclaimed project Die 4 Respect with OG Parker. It only sets the stage for a massive 2022 though.

DDG’s music continues to incite critical acclaim and tastemaker applause, UPROXX dubbed his song, Rucci, “triumphant,” and REVOLT assured, “He shows no signs of slowing down,” while HotNewHipHopcalled it “yet another dope effort from the artist”.

It all only paves the way for a busy second half of the year for the internet mogul who recently announced via his YouTube channel that he is creating the first imprint label DAO in the web3 music space and will be allowing his fans and fellow DAO token holders to make all of the decisions of his imprint record label, Zooted Music beginning July 15.

In addition to dropping a highly anticipated new project in mid-July, tentatively entitled, “Take Me Serious 2”, a follow-up to the cult classic mixtape dropped by the young emcee in 2017, DDG will be taking off to Europe in July to hit the festival circuit including Wireless Festival in the UK, WooHah in the Netherlands, Rolling Loud Portugal and Splash in Germany followed by three headline shows in the US in Chicago, Atlanta, and New York on July 14, 15, and 16, respectively.

Remember the name….Michael Star. The rising reggae artist, known for his sultry smooth vocals, continues to captivate audiences with his innate musical gift. On the heels of his widely successful single, “Tun Up,” Michael Star is back with the release of his highly anticipated second single, “7 o’clock” featuring reggae icon, Bounty Killer. END_OF_DOCUMENT_TOKEN_TO_BE_REPLACED

Fast Rising Kumasi based Artiste, Kobby Carter has once again hit Ghanaians with another banger dubbed ‘Money’ which promises to be a timeless banger. END_OF_DOCUMENT_TOKEN_TO_BE_REPLACED

Following the success of 2021’s ‘Moye’, dESH.DUBS has released yet another single off his forthcoming album today. Titled ‘DUBSTAR’, the new song is a combative Drill song with Afro-Reggae stylings to it, accompanied by calming guitar melodies, heavy basslines, and war-like lyrics which were seemingly inspired by the Drill music scene in Africa and the UK. END_OF_DOCUMENT_TOKEN_TO_BE_REPLACED

Today, internationally acclaimed, multiple-award winning British musician YUNGBLUD has released his latest single titled ‘The Emperor,’ out everywhere today. This triumphant and fierce new track comes with news that it is has been selected as the official 2022 anthem for ESPN’s College Football Season. END_OF_DOCUMENT_TOKEN_TO_BE_REPLACED