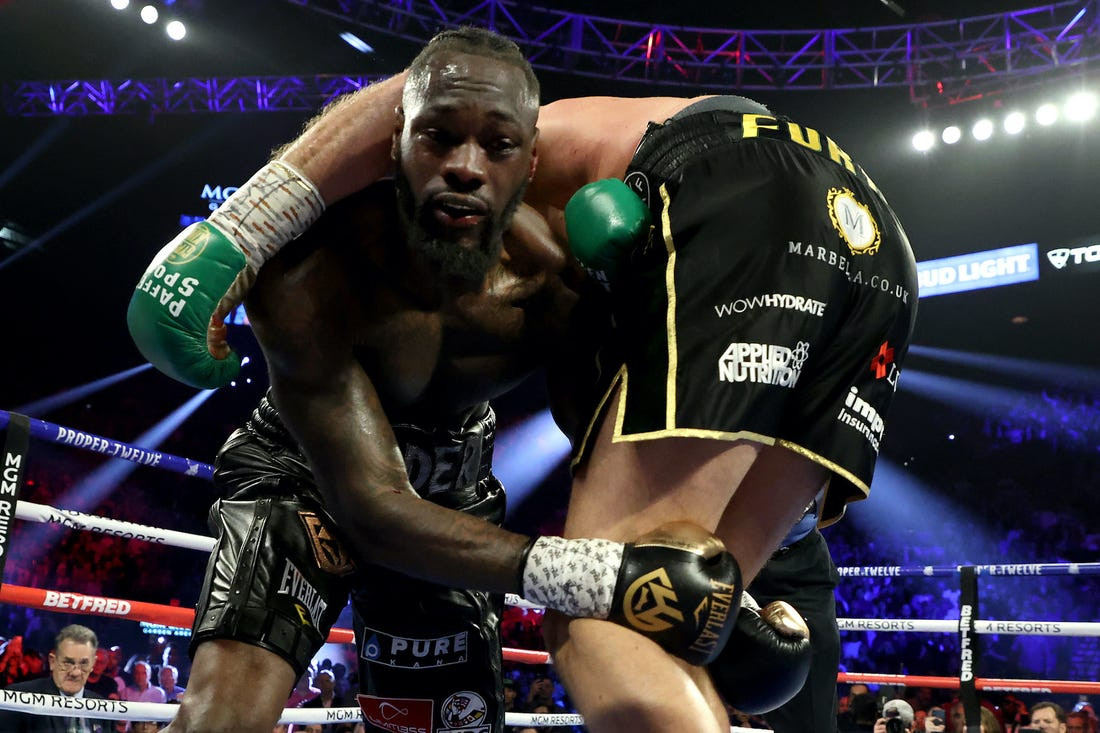 Deontay Wilder has been medically banned for the next six-weeks following his brutal defeat to Tyson Fury.

The American boxer suffered the first professional defeat of his career as he was knocked down twice before his defeat to his British rival, 31, as his team threw in the towel in the seventh round last Saturday.

The fight was stopped amid health concerns after blood was seen coming out from Wilder’s left ear and mouth.

According to Mirror, Wilder was suspected to have burst his eardrum and was set to be taken to hospital but he ultimately needed just seven stitches for a cut in his ear. Now, the Nevada State Athletic Commission have said Wilder cannot spar until April 8 and cannot fight in the state until April 23.

The report also confirmed that the ban will not prevent Wilder from triggering the rematch clause in his contract for a third fight with Tyson Fury.

On Monday night, the former WBC title holder confirmed he will be activating his rematch clause to seek his revenge against Tyson.

“The rematch is definitely going to happen. We’re going to get it on. I want to get right back to it,” he said.

China bans trade, consumption of wild animals due to coronavirus