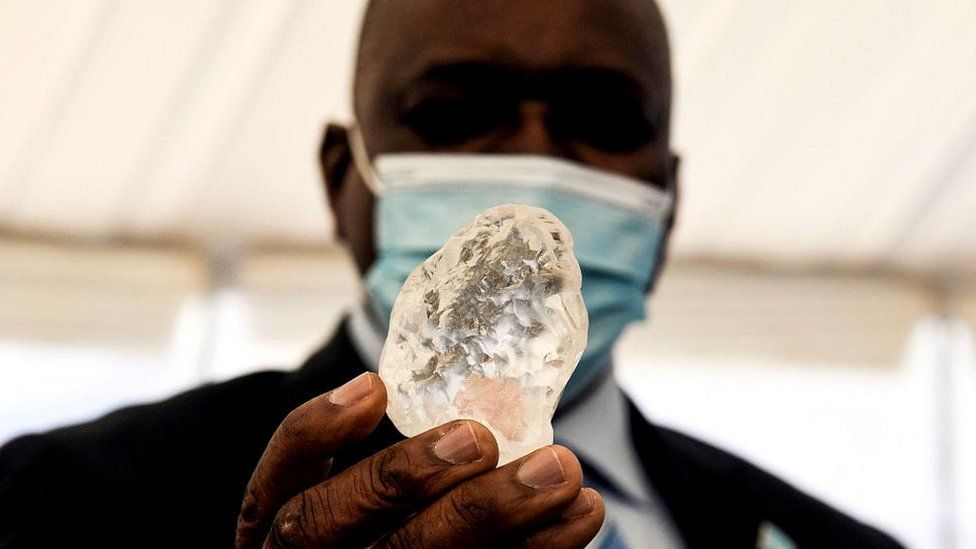 One of the world’s largest diamonds has been unearthed in Botswana.

Debswana, a diamond mining company jointly owned by the county’s government and the De Beers Group, recently discovered a 1,098.3-carat high gem-quality diamond, the government of Botswana announced Wednesday. The stone was presented this week to President Mokgweetsi Masisi, who commended the find and said that, as usual, proceeds from the sale of the diamond will be used to “advance national development.”

The country believes the rare stone to be the third largest diamond in the world, and the largest in the history of the company, since diamonds were first discovered in Botswana in 1967. It was found in Jwaneng mine’s South Kimberlite pipe by metallurgy assistant Orakeng Kefentse.

Botswana is Africa’s largest producer of diamonds. Prior to this latest find, the largest gem-quality diamond found at the mine was 446 carats in 1993, the company said.

“Debswana will work with the Government of the Republic of Botswana and De Beers to value and sell the diamond to ensure it returns maximum benefit for the people of Botswana,” the company said in a statement. “And will communicate further plans to bring this unique treasure to market in due course.”

The announcement comes as thousands of people have descended upon a tiny village in South Africa in search of diamonds, after a man reported finding a crystal-like stone. The African economy has greatly suffered during the pandemic, a clear factor in this modern-day diamond rush.

Rafael Nadal pulls out of Wimbledon and Tokyo Olympics