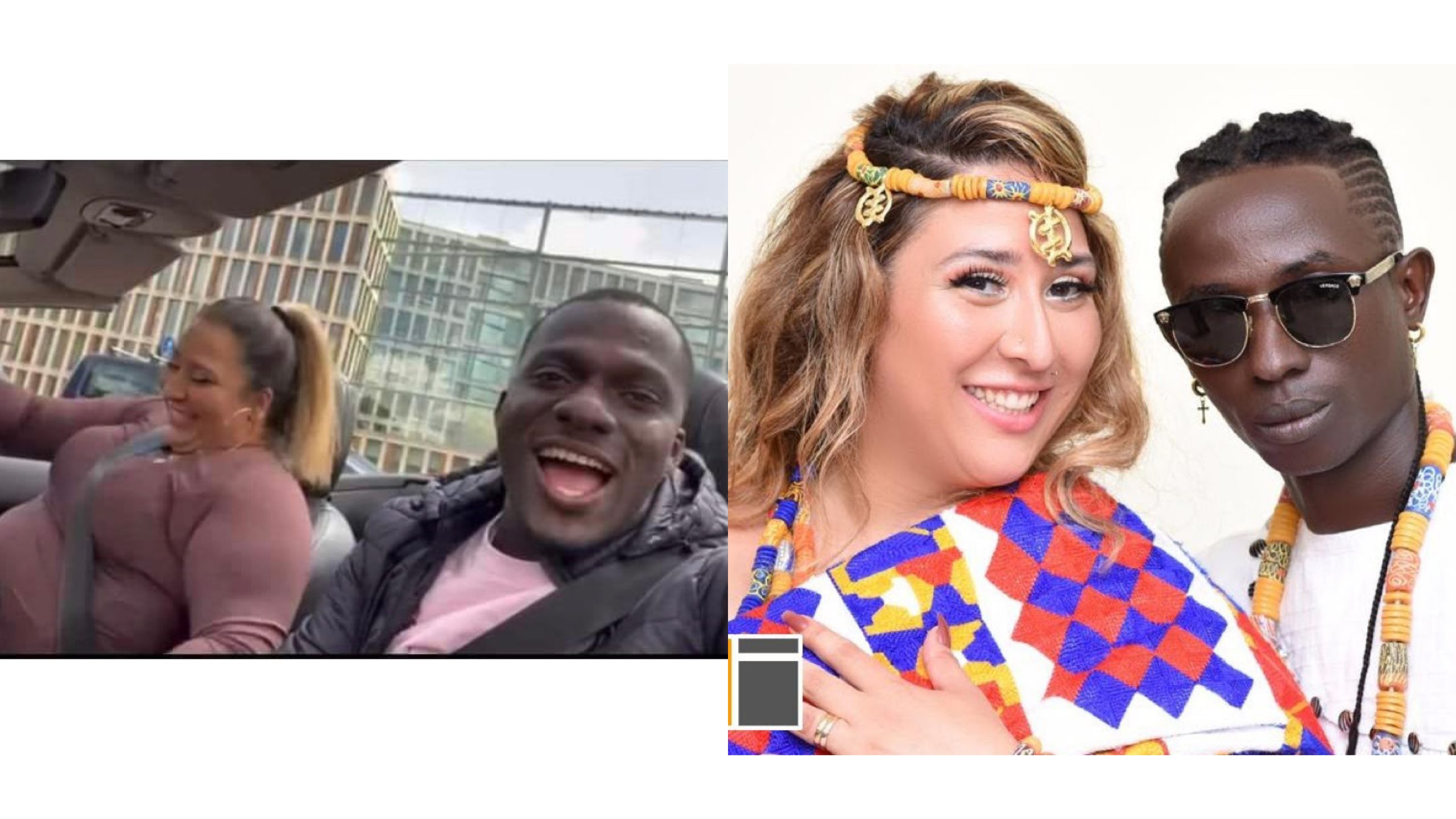 A week ago, rumours were rife about a possible divorce between Ghanaian musician, Patapaa and his German wife, Liha Miller.

The two lovebirds were reportedly ready to call it quits barely after a year since they got married.

However, Patapaa in an interview with Amansan Krakye on Castle FM in Cape Coast, denied the rumours.

“So, she has gone back to make more money abroad and I’m also making money here in Ghana that’s why you’ve not been seeing her these days,” he said in the interview.

However, on June 1st, after denying rumours of their divorce, a purported screenshot from Patapaa’s WhatsApp status claims he is staying away from his wife because of popular blogger ZionFelix.

ZionFelix had posted a video of him and Liha Miller cruising in a car in Germany, with the caption;

“From Frankfurt to Köln to meet Patapaa’s wife @lihamiller. She is such a good woman. She really talks well as a wife. You need to watch our interview.”

Patapaa upon seeing the video took a screenshot and posted on his WhatsApp status with the caption;

“Its because of this guy I don’t want to see my wife again. He is the problem between my wife and I…” 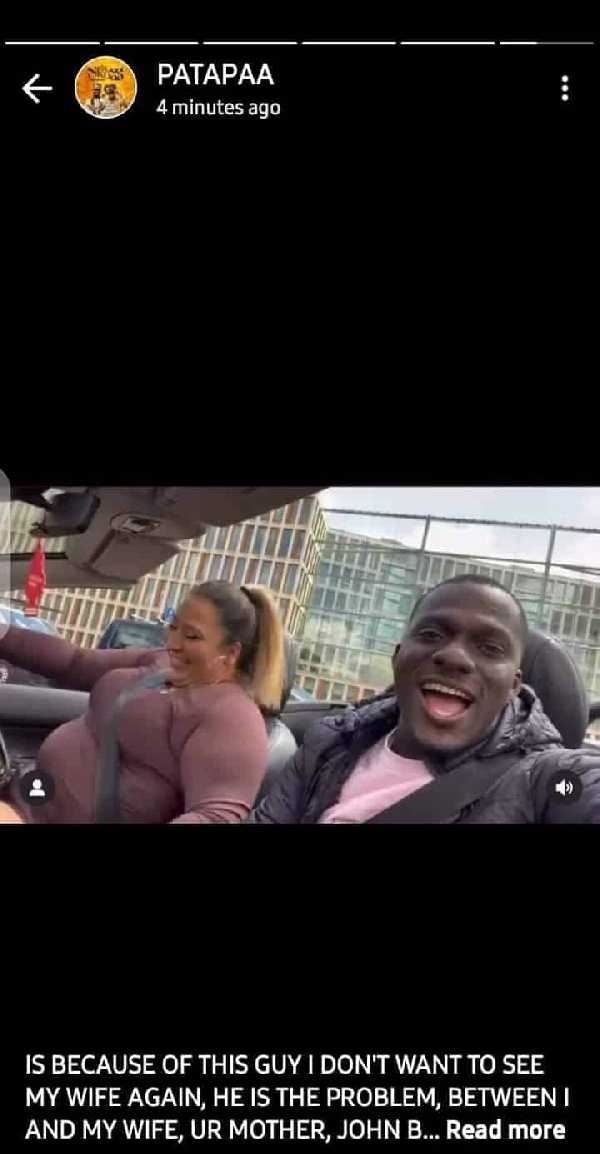 “I don’t want to talk now but it’s time for me to talk. Everyone should be careful about this guy, calls himself a blogger. He’s the one causing problems in my family. 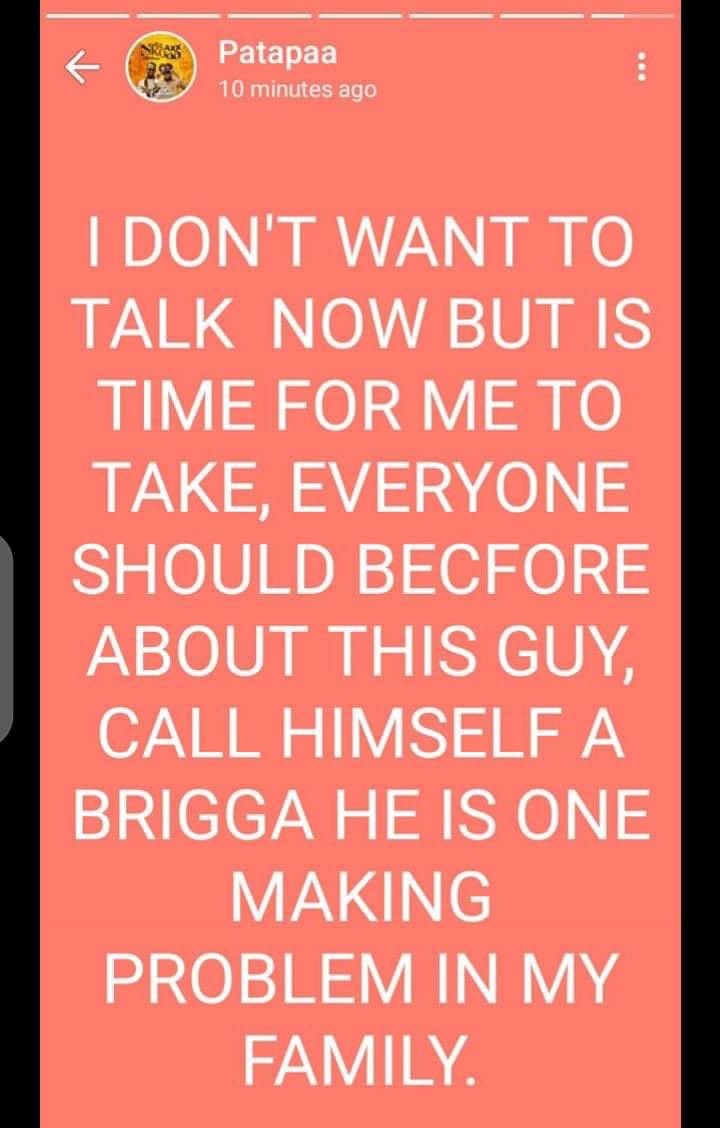 Why Are Delta-8 Gummies So Popular?

Bose Ogulu has told her son Burna Boy to “tone down the madness” as she celebrated his birthday. END_OF_DOCUMENT_TOKEN_TO_BE_REPLACED

The Hewale Lala (Song Of strength) hit maker Perez Musik gets ready to have his first-ever major concert. END_OF_DOCUMENT_TOKEN_TO_BE_REPLACED

Kofi Sonny, CEO of 610Music, a direct representative for Universal Music Group in Africa, unveiled two of his newly signed artistes to the world over the weekend. The event pulled in dignitaries from all over the globe to witness what many have dubbed “the birth of greatness.” END_OF_DOCUMENT_TOKEN_TO_BE_REPLACED

GuiltyBeatz is ringing in the summer! The Grammy-nominated Ghanaian producer and DJ is back with another dazzling solo effort – an Amapiano-infused dance anthem ‘Universe’ featuring Pop sensation, Mr Hudson and buzzing Ghanaian singer, Twitch 4EVA. END_OF_DOCUMENT_TOKEN_TO_BE_REPLACED