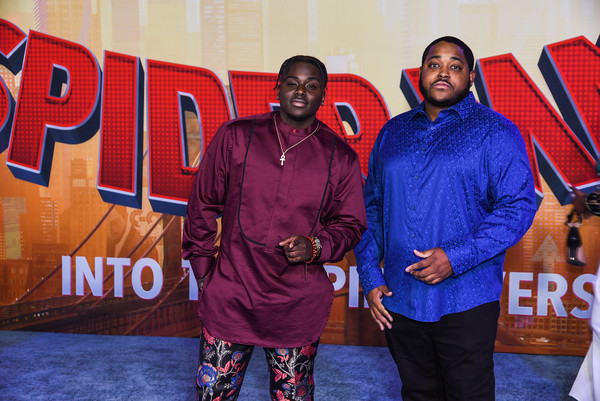 One budding talent who seems to be raising the Ghanaian flag high is Yaw Sintim-Misa, son of popular Ghanaian Comedian and Satirist Kwaku Sintim-Misa (KSM).

Born Yaw Sintim-Misa, rapper Blackway teamed up with Black Caviar for the second single from the official soundtrack album Spider-Man™ Into the Spider-Verse.

Into the Spider-Verse will compete in three different categories at next year’s Grammys. Rapper Post Malone received two of these nods for “Sunflower,” which Miles Morales sang along to at various points in the film. The track, which featured guest vocals from Swae Lee, also served as the movie’s theme song. “Sunflower” earned nominations for Record of the Year and Best Pop Duo/Group Performance.

dditionally, Into the Spider-Verse received a nomination for Best Compilation Soundtrack For Visual Media. Aside from Post Malone’s contribution, the film’s soundtrack also boasted cuts from several notable names in hip-hop. Those artists included Vince Staples, Blackway and Black Caviar, Nicki Minaj, Lil Wayne, Ty Dolla Sign, and Jaden Smith. Into the Spider-Verse will face some heavy competition in this category. It will go up against The Lion King, Once Upon a Time in Hollywood, Rocketman, and A Star in Born.

Blackway and DJ duo, Black Caviar created ‘What’s Up Danger,’ a soundtrack for the movie Spider-Man: Into the Spider-Verse and are up against tough competition with The Lion King: The Songs, Quentin Tarantino’s Once Upon A Time In Hollywood, Rocketman — Taron Egerton and A Star Is Born — Lady Gaga & Bradley Cooper. All the songs are in a good stand to win the award for the Best Compilation Soundtrack For Visual Media at the Grammy awards.

In September, Blackway and Black Caviar also received a RIAA gold certification for song, “What’s Up Danger”. RIAA is the Recording Industry Association of America which hands out awards certification based on the number of albums and singles sold.

Going gold means a lot for the talented Ghanaian-born rapper living in the US who is also aspiring recognition at the Oscars.

Continue Reading
Advertisement
You may also like...
Related Topics:Blackway and Black Caviar, Spiderman: Into the Spider-Verse