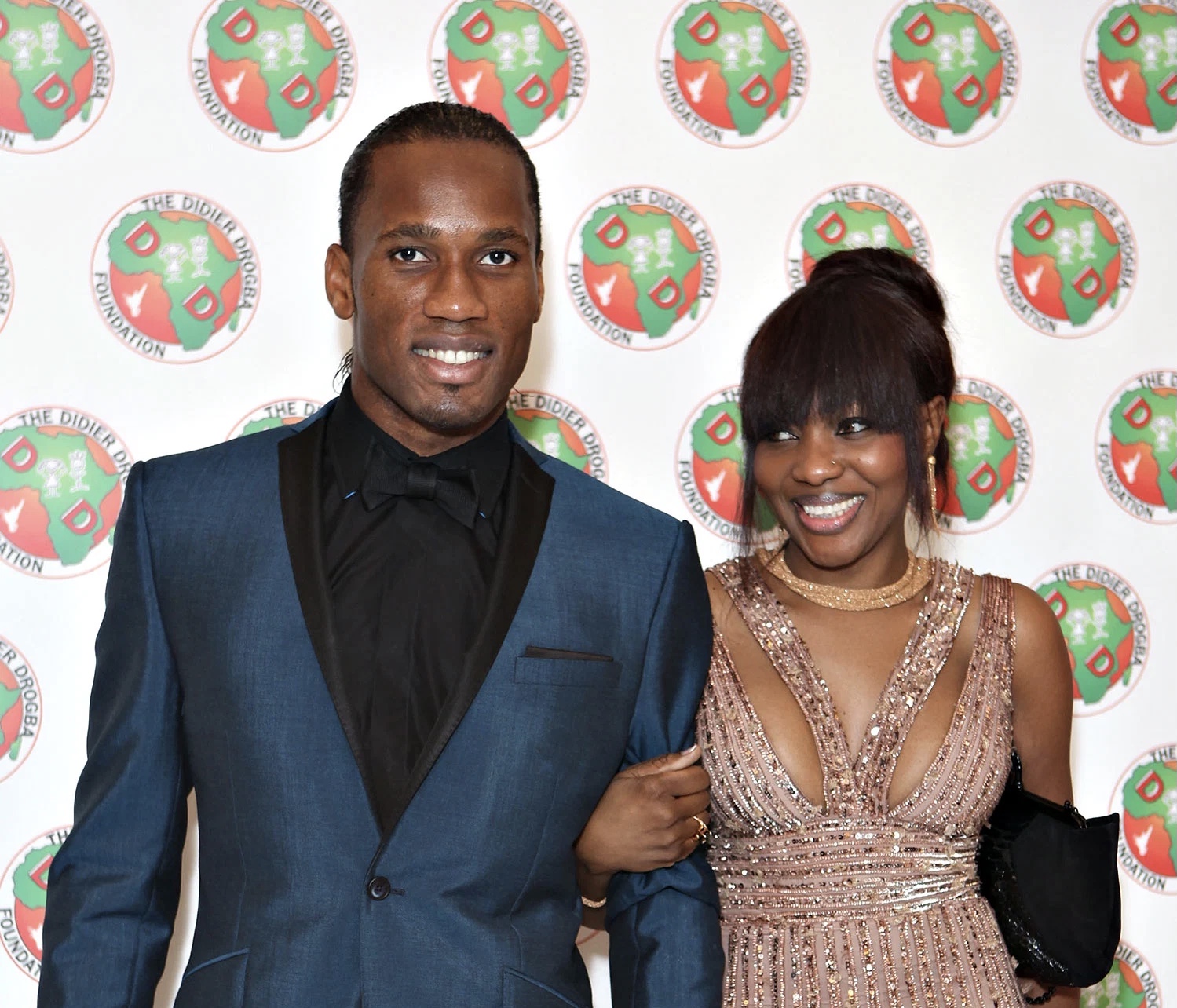 Football legend Didier Drogba has reluctantly announced on social media that his marriage is over, ending his relationship of more than 20 years after a mysterious video of him in bed with another woman surfaced last year

The former Ivory Coast forward was seen bare-chested in bed with a scantily-clad woman last year, causing with supports suggesting that he had told the woman: “She’s positive. She’ll infect me by biting me.”

Afrik sport reported that Drogba’s entourage had claimed that the clip was part of an advert to promote measures against Covid-19, and The Sun said that the 42-year-old’s representatives had alleged he was hacked.

Drogba told his Instagram following of almost ten million: “I’m not in the habit of discussing my private life.
“But because of speculation in the media today, I can confirm that sadly, after 20 years together, Lalla and I took the difficult decision to separate last year.

“We remain very close and our main priorities have been to protect our children and our family’s private life. May God bless you.”

Chelsea’s second-highest scorer of all time met his wife in the late 1990s in Paris, marrying her in 2011, by which time he had won three of his four Premier League titles at Stamford Bridge.

The couple have three children together, and Drogba wished his wife and mother a Happy Mother’s Day on social media last year.

Related Topics:Didier Drogba
Up Next

Santrofi’s ‘Alewa’ adjudged one of the Biggest Albums in 2020