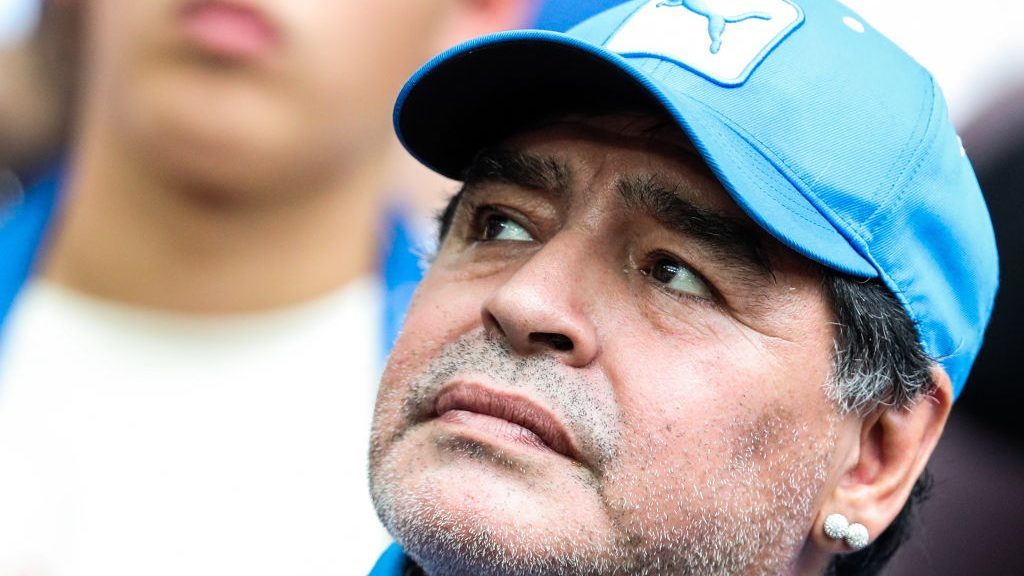 Argentine football legend, Diego Maradona had successful surgery for a subdural hematoma, a blood clot on the brain.

The procedure took place today in Buenos Aires, his doctor has confirmed.

The Barcelona and Napoli icon had been hospitalised since Monday night for anaemia and dehydration just days after he celebrated his 60th birthday.

Leopoldo Luque, Maradona’s personal physician, said he had “coped well with the surgery”.

Diego Maradona will now remain under observation, Dr Luque said, adding that everything was “under control”.

Maradona was transferred to the Olivos Clinic in La Plata, where was operated on at 20:00 local time (23:00 GMT) by Dr Luque, who is a neurosurgeon. The procedure took about 80 minutes.

A subdural hematoma is considered “among the deadliest of all head injuries,” according to the US National Library of Medicine.

It is a blood clot on the brain’s surface beneath its outer covering, called the dura. It usually results from severe head injuries but can be caused by minor injuries as well and can go unnoticed for days or weeks.

Maradona, who won the World Cup with Argentina in 1986, is the current coach of local club, Gimnasia y Esgrima.

US Elections: Kanye West concedes US presidential election but vows to run in 2024

Netflix says “Squid Game” is its biggest series launch of all time. END_OF_DOCUMENT_TOKEN_TO_BE_REPLACED

Tyga is facing accusations of domestic violence from his ex-girlfriend. END_OF_DOCUMENT_TOKEN_TO_BE_REPLACED

Dwayne The Rock Johnson made his rap debut with Tech Nine’s new single “Face Off”. END_OF_DOCUMENT_TOKEN_TO_BE_REPLACED

Daniel Craig has capped the launch week of his final James Bond movie by becoming the 2,704th celebrity to be honoured with a star on the Hollywood Walk of Fame in California. END_OF_DOCUMENT_TOKEN_TO_BE_REPLACED