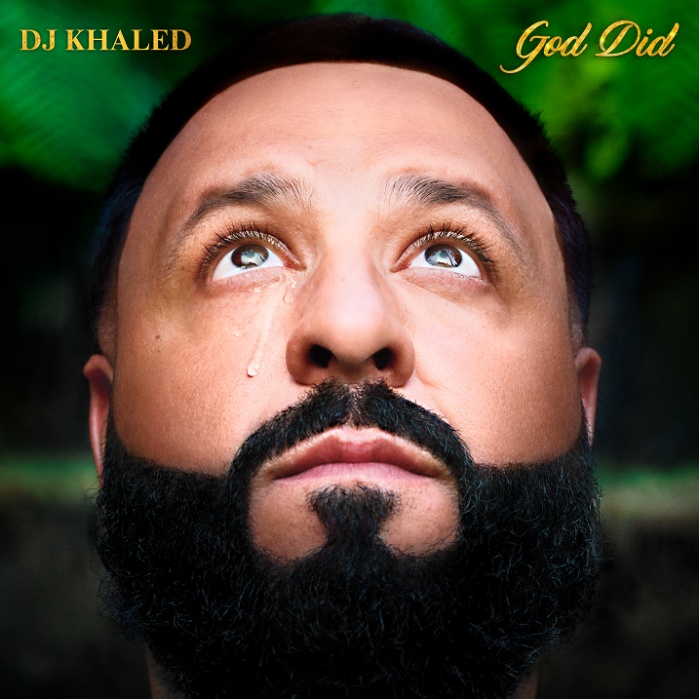 After building up anticipation to a boiling point, global mega-star DJ Khaled proudly presents his thirteenth full-length studio album, GOD DID, today via We The Best Music Group/Epic Records. Get GOD DID—HERE.

Additionally, he joined forces with Snapchat and Los Angeles-based agency BLNK to create and launch four immersive augmented reality Lens experiences in honor of GOD DID.

As part of this immersive collaboration, the newest Lens arrives today. It utilizes and leverages Snap’s custom Marker technology, which triggers a Lens experience tied to a location or image, to bring the cover artwork to life when fans scan the cover or Times Square billboard with the Snapchat Camera. The Lens unlocks DJ Khaled reciting the lyrics from his new single “Grateful” now available on Sounds, Snapchat’s creative tool that enables Snapchatters to add licensed music to their photo or video Snaps.

Khaled recently appeared on REVOLT’s Drink Champs for a hilarious and candid interview. Watch it HERE. In addition to a wide-ranging Rap Radar interview, he also sat down with Complex at home for an in-depth conversation, covering everything from Barack Obama to JAY-Z. As part of the feature, he opens up about GOD DID, his vision for the future, and so much more.

He notably set the stage for the album with “Staying Alive” [feat. Drake & Lil Baby]. It has already amassed over 34.7 million Spotify streams and 12 million YouTube views on the music video. Plus, it bowed at #5 on the Billboard Hot 100, holding strong on the chart.

The anthem king has returned with GOD DID, and he delivers his biggest, boldest, and best body of work to date.

Two words say it all, GOD DID.

Aya RamzyB Beats Fameye, Keche, DopeNation, Ayesem To Win Artiste Of The Year At The WMAs

Shatta Wale congratulates Burna Boy on his success, despite their “beef”

Broadcaster, Serwaa Amihere has advised women not to put too much stress on their men as they may be going through a lot. END_OF_DOCUMENT_TOKEN_TO_BE_REPLACED

Dr. Edem Mahu from the University of Ghana, has received the “Africa Award for Research Excellence in Ocean Sciences” from AGU. END_OF_DOCUMENT_TOKEN_TO_BE_REPLACED

A brand-new Alisa Hotel location in Tema was unveiled on Friday, September 30, 2022 in pomp.  END_OF_DOCUMENT_TOKEN_TO_BE_REPLACED

With effect from October 1, 2022, Brussels Airlines will be one of many European airlines utilizing Aviance Ghana Limited’s services for all of its passenger and ground handling activities. END_OF_DOCUMENT_TOKEN_TO_BE_REPLACED

Music producer and artist Nektunez has a new family. END_OF_DOCUMENT_TOKEN_TO_BE_REPLACED