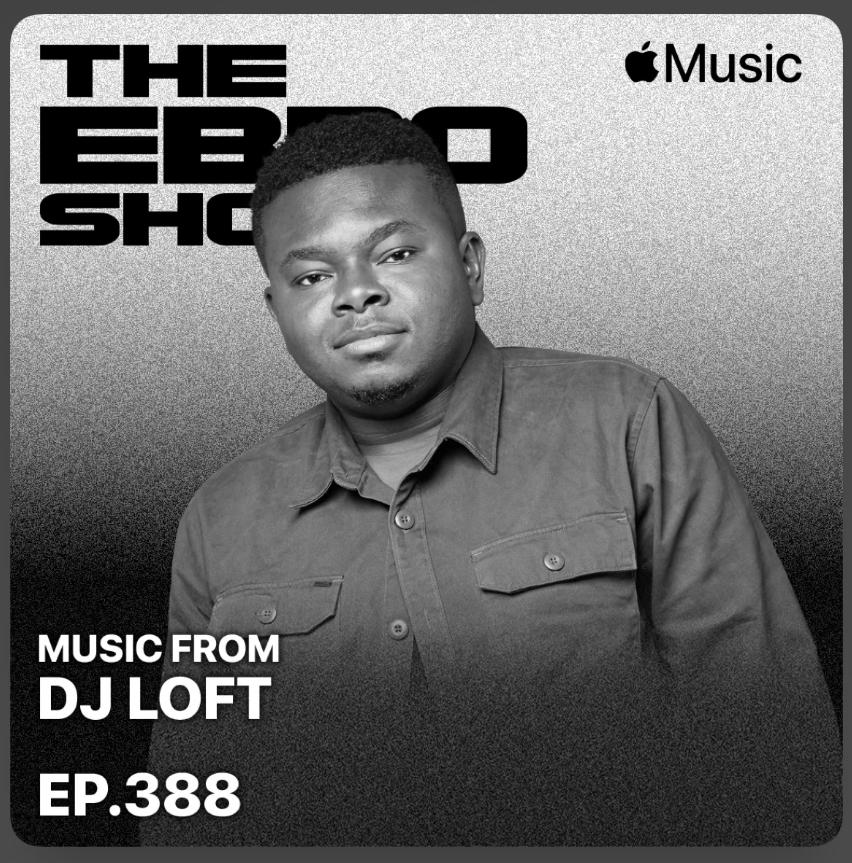 Hot off the heels of his exhilarating headlining set at Afrochella in 2021, DJ Loft sees no reason to slow down – in fact, he does the complete opposite, making strides in the space in which he earned the nickname, The Most Dangerous DJ. Reaching yet another milestone, Loft’s latest curation of the hottest Afrobeats songs, the iMullar 016 Afrovibes Mix, landed on Apple Music Radio 1’s The Ebro Show.

“It’s a big deal. That’s all that comes to mind when I think about it,” Loft stated. Awarded the Best Mixtape DJ award at the 2021 Ghana DJ Awards, Loft has been behind the decks of major events such as the Cardi B In Ghana Concert, the Onga Jollof Battle, and Big Shaq In Ghana. In 2019, he earned himself three nominations at the Ghana Music and Arts Awards Europe in the Best DJ of The Year, Best Event DJ, and Best Mobile DJ categories. Hosted by New York’s very own, Ebro Darden, The Ebro Show serves as a portal which provides New York City “with the urgent mix of music and culture to the world,” and we had the chance to catch up with Loft to talk about the events which led up to getting featured on the platform

The Ebro Show is a big deal. How did the collaboration happen?

Loft: I received a call from iMullar about submitting a mix for their Apple Music Mix Series. So I put together a mix, submitted it, and it got published on Apple Music two months later. Then I got a call saying that Ebro is gonna feature my mix on his show on Apple Music, and I was like “bro is this a joke?” He said no and asked that I send him photos for flyers. I said “yo this is a big deal. I was just about to go to bed, but I’ll send you pictures in a minute! I was then told that Ebro personally selected my mix, and he was like “we wanna use DJ Loft’s mix.”

Did you ever see yourself getting featured on Ebro’s platform?

Loft: I never imagined. I never dreamt that I would work with an established jockey/radio host like Ebro. Someone who, since childhood I adored, tried to get VPNs to change my location just so I could listen to Hot 97. It is a big deal. I never dreamt about it. For it to happen this way, I never did.

What does the collaboration mean to you, and what has the reception been since the mix was released?

Loft: “Yo bro, this is a big deal.” That’s all I keep hearing from people. I really need to have a t-shirt with “Big Deal” written on it. I open Ebro’s Apple Music page and I see Jazzy Jeff, I see Megan Thee Stallion; people he has posted on his page – and I see my name, I see Ghana. I never thought that the boy who came to YFM, skinny and timid, scared to press a button, would be internationally recognized.

What is your relationship with iMullar?

What is next for you?

Loft: I’ve been inspired and heavily motivated. One thing I never forget in my journey is to stay grounded and remember where I started. I’m gonna keep making mixes. I love expressing myself musically. I am basically a club DJ, and certain songs can’t be played in the club; they’re not that big to be played in the club – and I felt like mixes were the only way to let the world know that particular songs, although not popular, can have a vibe. It’s not every song I will be allowed to play on radio or in the club, but I can play them in my mix.

DJ Loft can be heard on Ghana’s No.1 urban breakfast radio show, Ryse N Shyne – Monday to Friday on YFM, 6am to 9am GMT. Listen to the iMullar 016 Afrovibes Mix below:

42 people arrested at Stonebwoy’s ‘Ashaiman To The World’ concert

What a time to be an African! On the back of a successful Global Citizen Festival in Accra, and a visit of  Recording Academy CEO, Harvey Mason Jr to Ghana, his first trip to West Africa, it appears that Afrobeats may soon get its individual shine at the Grammys! END_OF_DOCUMENT_TOKEN_TO_BE_REPLACED

The School of Graduate Studies of the University of Professional Studies (UPSA) has honoured Ghanaian musician, Rebecca Acheampong known popularly as Becca for her outstanding academic achievements. END_OF_DOCUMENT_TOKEN_TO_BE_REPLACED

Platinum selling artist, KiDi has reacted to the resurfacing of his old tweets on the social media platform. END_OF_DOCUMENT_TOKEN_TO_BE_REPLACED