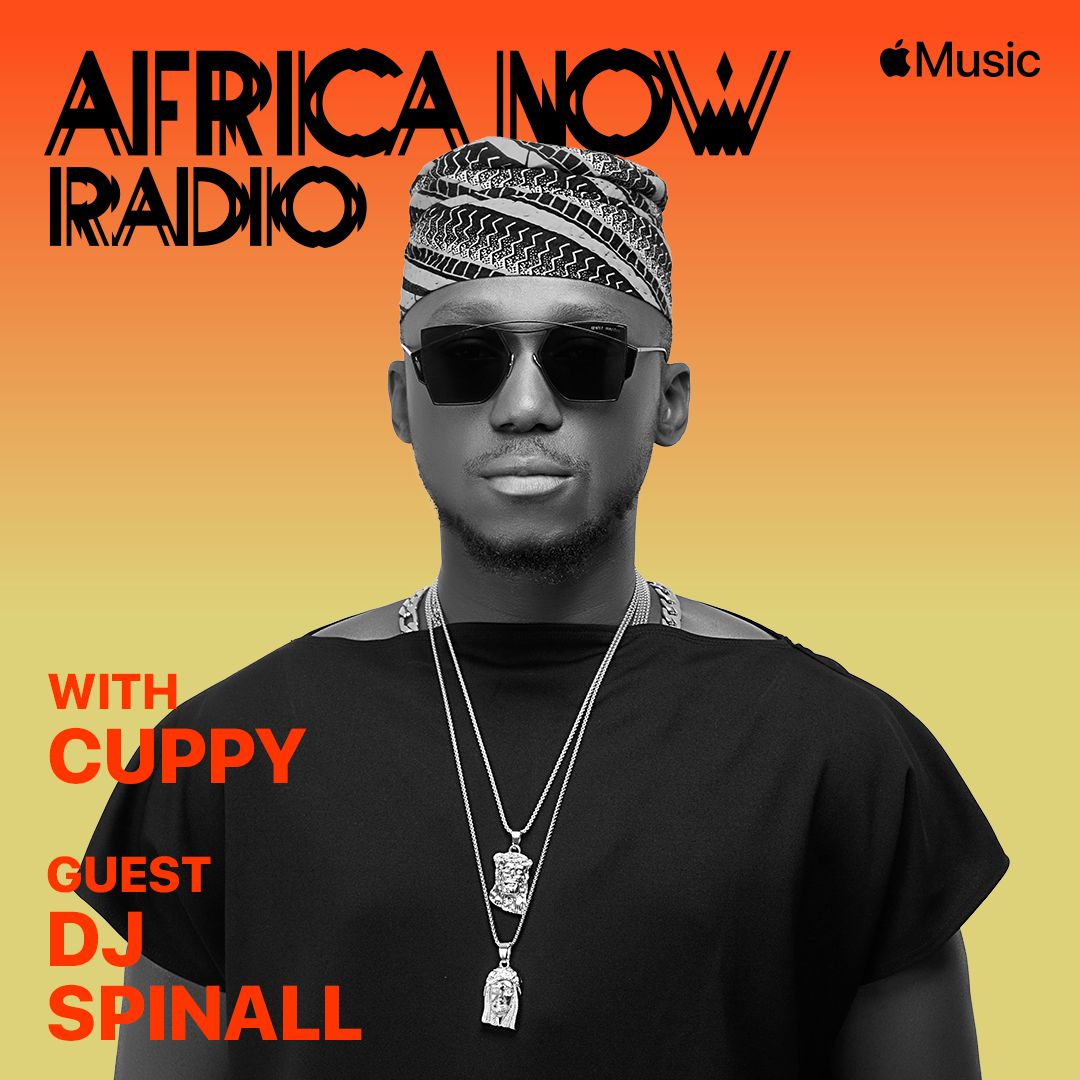 This Week’s Episode Features a Conversation With DJ Spinall, the 5 Hottest Tracks of the Week, and Thando Hopa’s Favorite African Proverb!

Tune in to Africa Now Radio With Cuppy This Sunday, July 26th at 2p Lagos/London / 3p Johannesburg/Paris / 6a La / 9a NYC Only on Apple Music

Cover Star Interview
Nigerian artist and producer DJ Spinall joins Cuppy via FaceTime on Apple Music to talk about his new single “Everytime” featuring Kranium as well his highly anticipated new album which is due to release later this year.

Proverb of the Week

South African model, activist and lawyer, Thando Hopa, shares her favorite African proverb, which translates as “a child that does not cry out, will die unnoticed on their mother’s back.” She then explains the meaning behind it.

Tune in and listen to the full episode this Sunday, July 26th at 2p Lagos/London / 3p Johannesburg/Paris / 6a LA / 9a NYC only on Apple Music at apple.co/_AfricaNow

“The Grammy invited me to the part of the table of the people that decides. Often times we complain that Grammys don’t respect this, everybody just rants about, but there’s a process to what’s being done. Often times, Grammy, they sit down, they far  away in Los Angeles and deciding the future of music that they don’t know anything about. So, myself and a lot of other talents, a lot of other super great people from Africa are also part of the table. Africa, we’re full, we’re different, our sound is different. You can’t just put us in a category that is not exponentially better on what kind of music we make. So, these are some of the conversations we’re going to be having and I’m proud that they invited me. I’m grateful for it as well.”

“Basically, this is going to be my fifth studio album. I told myself, I’m like look, let me work on a special record, ‘Everytime.’ Let me work on this ‘Everytime’ record. Let me, let me just … You know when you’re working in the studio, you just always feel like you can always push yourself, you can do better. Then I was in London, I had a studio session so I invited Tenny and Kranium. We recorded a few records. Then at the last night, Tenny already left, Kranium was about to leave, then he looked back. He says, ‘Spinall, I know you still have more beats in this laptop. Play me something that you never played all night.’ So, I played ‘Everytime.’ Then he went into the studio, he dropped melodies. Then he’d be like, ‘I’ll be right back. I want to take a step outside.’ So, he stepped out to smoke and before he came back, I already wrote the song. So, when he walked back into the studio, I played him back the melodies and I showed him the lyrics. He was like, ‘What? You write through? Switch on the mic.’ Then we switched on the mic and he recorded and boom, we had a record. And I just feel like this is that record. This is that special, special record. And I’m so proud of it.”

“I think being in an internationally acclaimed publication is always awesome, but being able to represent so many people, people with albinism, women to carry all of them, and take them with me on such an international platform is always an honor. Yeah. I think it was wonderful doing something like that, because it just brought in so many narratives.”

Thando Hopa Shares Her Proverb of the Week

“You know, ever since I started with my career, my mother used to always say to me, because I used to be very quiet about my pain, and she would say to me, “Ngwana ya sa lleng o shwela tharing”. That is the proverb. “Ngwana ya sa lleng o shwela tharing”, which means ‘a child that does not cry out, will die unnoticed on their mother’s back.’ So, in other words, whenever you are frustrated, it is important you speak out and you speak your truth or else you will die and implode inside.”

DJ Spinall becoming a member of the Grammy Academy

DJ Spinall on making his new single ‘Everytime’ with Kranium

Thando Hopa’s Proverb of the Week

Thando Hopa on gracing the cover of Vogue

Thando Hopa’s proverb of the week:

Related Topics:DJ SPINALL
Up Next