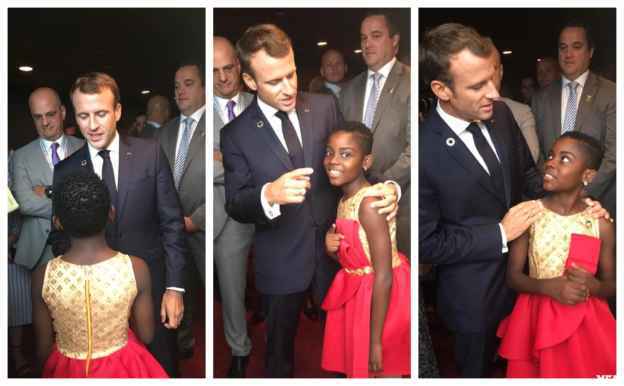 DJ Switch hangs with Emmanuel Macron, Melinda Gates, Naomi Campbell at Goalkeepers 2018[/caption] Rising young Ghanaian disc jockey, DJ Switch has been trending these past days for putting Ghana on the world stage. The eleven year old sensation is in New York for this year’s Goalkeepers and has been spotted having a chit-chat with the President of France, Emmanuel Jean-Michel Frédéric Macron. https://ameyawdebrah.com/dj-switch-performs-for-bill-gates-at-goalkeepers-2018/ The TV3 Talented Kidz Season 8 winner who was selected as one of the many speakers at this year’s event, has been updating her followers on her experience. She shared a video of her adorable moment with the French President after he made a powerful speech at the event.

//www.instagram.com/embed.js But Erica Tandoh seems to be the star girl of the moment as she shared yet another video hanging on the red carpet with Melinda Gates who is co-founder of the Gates Founder and wife of Microsoft boss Bill Gates. 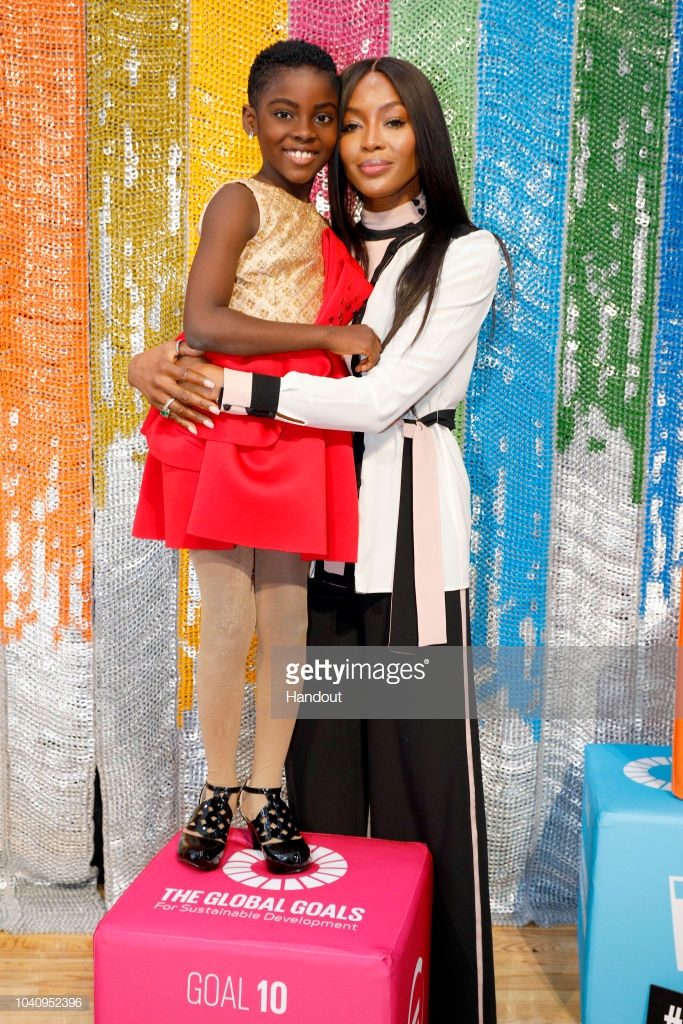 DJ Switch hangs with Emmanuel Macron, Melinda Gates, Naomi Campbell at Goalkeepers 2018[/caption] Goalkeepers is an event organized by the Bill and Melinda Gates Foundation that gathers emerging and established leaders in government and business, as well as activists and performers. It is dedicated to accelerating progress towards the UN Sustainable Development Goals. At the 2018 edition, the Goalkeepers highlighted how the tremendous growth in youth populations will be a turning point for future progress in health, equality, and development. It will celebrate and inspire a new generation of young advocates who work on behalf of these causes.  ]]>
Related Topics:Bill GatesDJ SwitchEmmanuel MacronGates FoundationGoalkeepersMelinda GatesNaomi Campbell
Up Next

Don't be deceived by what goes on social media- Joke Silva

Bose Ogulu has told her son Burna Boy to “tone down the madness” as she celebrated his birthday. END_OF_DOCUMENT_TOKEN_TO_BE_REPLACED

The Hewale Lala (Song Of strength) hit maker Perez Musik gets ready to have his first-ever major concert. END_OF_DOCUMENT_TOKEN_TO_BE_REPLACED

Kofi Sonny, CEO of 610Music, a direct representative for Universal Music Group in Africa, unveiled two of his newly signed artistes to the world over the weekend. The event pulled in dignitaries from all over the globe to witness what many have dubbed “the birth of greatness.” END_OF_DOCUMENT_TOKEN_TO_BE_REPLACED