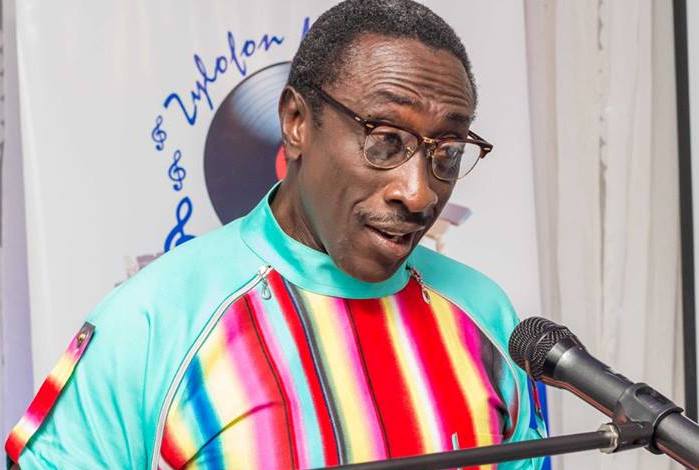 DKB is a great comedian- KSM[/caption] Ace satirist and talk show host, Kwaku Sintim-Misa popularly known as KSM has revealed that he never regretted crowning DKB as Ghana’s King of Comedy. According to the host of “Thank God Is Friday” (TGIF), who was speaking to Sammy Flex on Accra-based Zylofon FM’s morning show dubbed ‘Showbiz Agenda, he has watched DKB performed severally and he has never flopped. “well after crowning DKB as Ghana’s King of Comedy, which  I’ve watched him performed severally and he [DKB] has never flopped I [KSM] decided to crown him as the king of Gh comedy” he said. He further revealed that, Derrick Kobina Bonney aka DKB was finally crowned as the king of comedy after his sold-out comedy show  “Point Of View” held at the National Theatre. Responding to question asked by Sammy Flex about the shake up in the GH comedy after crowning DKB as GH king of comedy he said,  “I’m stunned because it’s not as if DKB was crowned as the King of Comedy some weeks ago but I [KSM] crowned him as the King Of Gh Comedy years ago because I decided to allow him to hold the mantle”. He added that he is a fan of DKB’s works because he is unique and understands comedy. “I can’t take the title from him… because he’s doing great with his craft”  According to KSM, December 5 he will be 62 years and on December 7, he will Bow Out, with a show at the National Theatre.]]>

Is Funny Face Getting Married Again?

Ghanaian rapper, Okyeame Kwame has opined that the new crop of rappers in the industry are far “better” than him and others who have been in the game for two decades. END_OF_DOCUMENT_TOKEN_TO_BE_REPLACED

Ghanaian rapper, Sarkodie may be gearing up to speak against the governance of the nation by the ruling New Patriotic Party (NPP). END_OF_DOCUMENT_TOKEN_TO_BE_REPLACED

Ghana’s social media has been buzzing after a video showing a young  Ghanaian in police escort to go and buy a burger went viral! END_OF_DOCUMENT_TOKEN_TO_BE_REPLACED

Broadcast Journalist at Metro TV, Bridget Otoo has come after employers who fail to pay their workers, yet live lavishly. END_OF_DOCUMENT_TOKEN_TO_BE_REPLACED