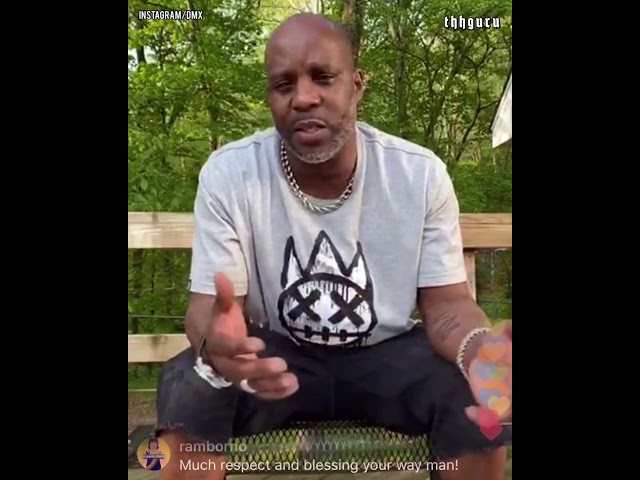 Rap icon DMX is the latest to hop on the Instagram Live wagon, but he is not doing live concerts, he is offering Bible knowledge and a sermon. In a time when the whole world seems to be in shambles as we try to make do and cope with the global pandemic, many cannot avoid the sense of despair, but DMX is helping to restore our faith.

The rapper who has been open about his struggle with mental illness and substance abuse appears to be doing really well after his stint in rehab last October. X had checked himself in and committed to “putting family and sobriety first,” and it looks like it has gotten him to a healthy place today. DMX is not one of the many people seeking answers in religion only after disaster has struck. Just over a year ago, the rapper leads a prayer at one of Kanye West’s Sunday Services.

Taking to Instagram Live on Friday, DMX read a chapter from the book of Ecclesiastes that spoke about a time for everything under the sun. The verse that struck home the most in a time like this was “A time to embrace and a time to avoid embraces” – something that we should all be able to relate to right now.

Before the Bible study segment of the live session, the rapper delivered a short sermon about the importance of our desires being in alignment with God’s will. “The best thing that we can hope for, the most important thing that we could hope for, or pray for, or ask for, is that our desires coincide with God’s will,” he said. “At the end of the day – at the beginning of the day, it’s gonna be God’s will. It’s always gonna be God’s will. If you try to understand why he does what he does you’re just gonna end up with a headache. Just do the right thing.”

Last year, DMX found his way back to the stage in honor of his Las Vegas nightclub performance. The event marked a major milestone for X, who checked into rehab a few months prior. “When you fall down, get back up. Everyone here has been through some s—t and you never know what God is willing to do for you until you need him to do something for you,” he said to the audience during the show.

According to TMZ, X checked himself into rehab in October 2019 due to fears of relapsing. At the time, one of his kids was very sick with frequent hospital visits. He also released a lengthy statement to his social media account about his life update. “In his ongoing commitment to putting family and sobriety first, DMX has checked himself into a rehab facility. He apologizes for his canceled shows and thanks to his fans for their continued support,” the statement read.

Rapper, Scarface on dialysis as a result of coronavirus