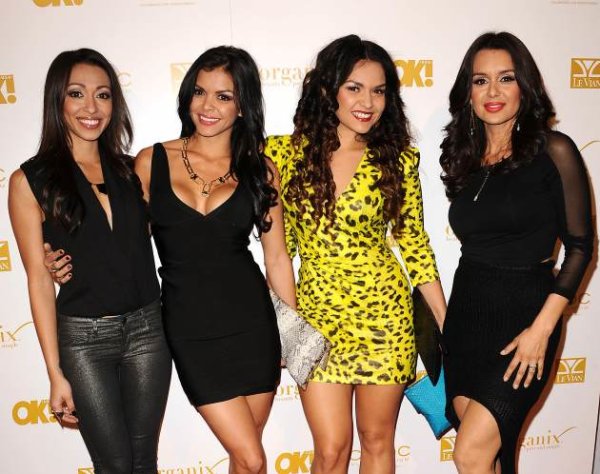 Bruno Mars’ (birth name Peter Hernandez) four sisters are making quite a splash of their own with their debut as pop music group, The Lylas. Consisting of Tahiti Hernandez, Tiara Hernandez, Presley Hernandez and Jaime Kailani, The Lylas (an acronym for Love You Like A Sister) are determined to make it big without the help of their superstar brother. “We want to do this as much as we can on our own at first and he’s doing his thing and we’re doing ours,” Tahiti told Access Hollywood in a new interview. “As long as we’ve got our family love and support that’s all we need.” “There’s a lot of other people we wanna work with before we work with Bruno,” Tiara added with a laugh. Some of those “other” people the ladies would like to collaborate with include Maroon 5’s Adam Levine and the band Fun. “We all have different taste in music but there’s so many out there we’d like to work with,” Tahiti said, adding that The Lylas draw inspiration from Celine Dion, Beyonce, Pink, Lauryn Hill and Gwen Stefani. In addition to their impending album (they released a single, “Come Back,” this week), the singing sisters’ journey to stardom will be chronicled in a docu-series set to premiere this fall on WEtv. — by Erin O’Sullivan]]>

Related Topics:bruno mars
Up Next

He Loves Getting Into Trouble: Gucci Mane released from and re-arrested!!!