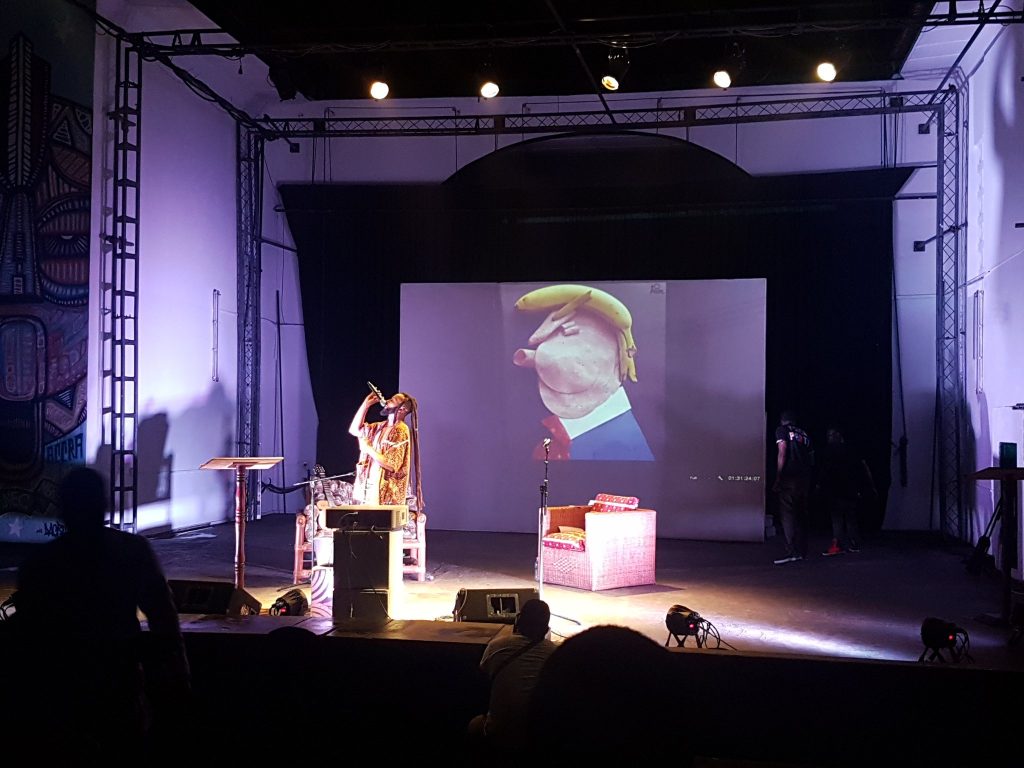 Donald Trump forced to attend Wanlov and M3nsa’s FOKN Party[/caption] FOKN Party returned to the Alliance Francais, Accra last Saturday, by popular demand; and not even the rains could stop M3NSA and Wanlov the Kubolor. The ever creative duo staged a ‘Concert Theatre’ titled “FOKN Ode To Ghana” based off their latest album “FOKN Ode To Ghana”, and even POTUS, Donald Trump gave it a thumbs up! Well, not Donald himself but a mascot Wanlov and M3nsa brought on stage. 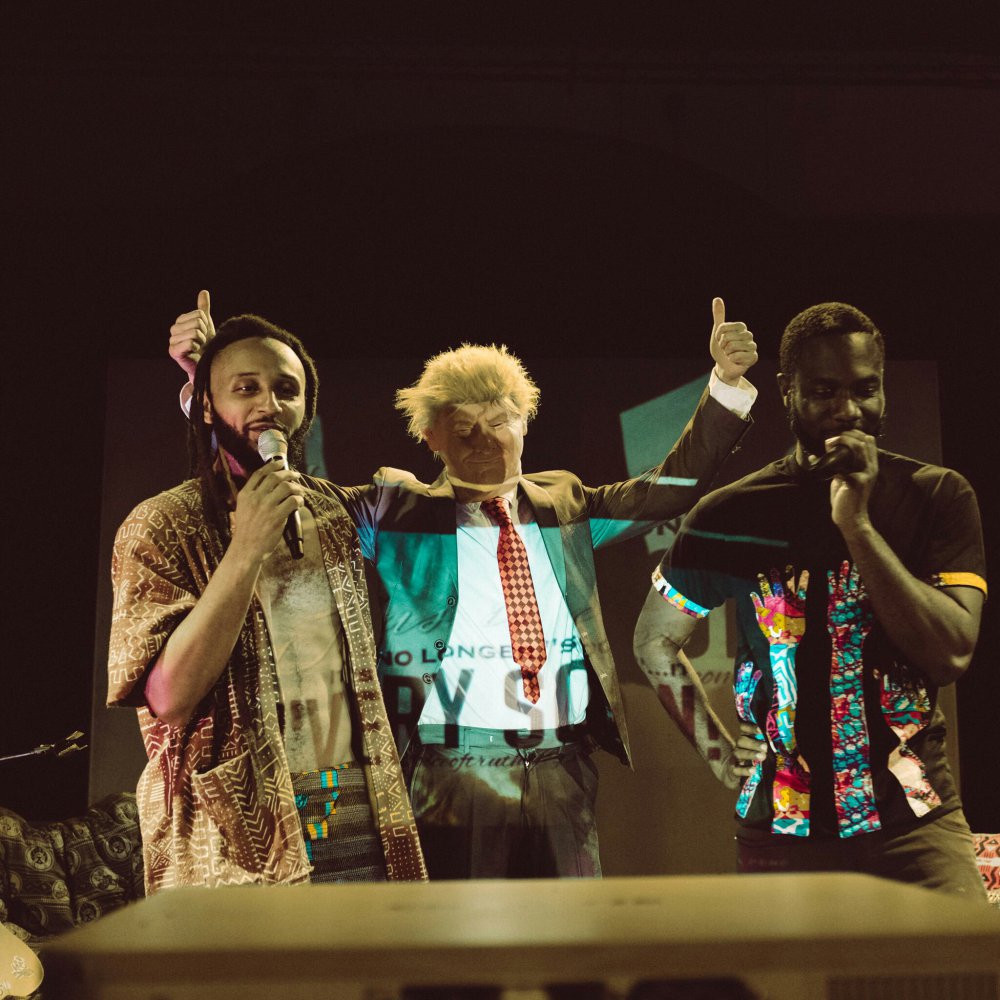 According to arts and entertainment blog, CulArtBlog, the party wouldn’t be stopped by the Saturday  showers. The adrenaline was high and the rains, it appears invigorated the fans even more; and the FOKN Bois, as usual, kept the audience excited throughout their two-and-half hour set. Their performance was a combination of comical dramatization with serious political commentaries.  Donald Trump ironically came into the frame during the performance of ‘Help America’, a humanitarian chant. Other subjects they explored on the night were tribalism, homosexuality, ‘China’ and more!

The journey to fame… how Bullet met Ebony through OgeeTheMC