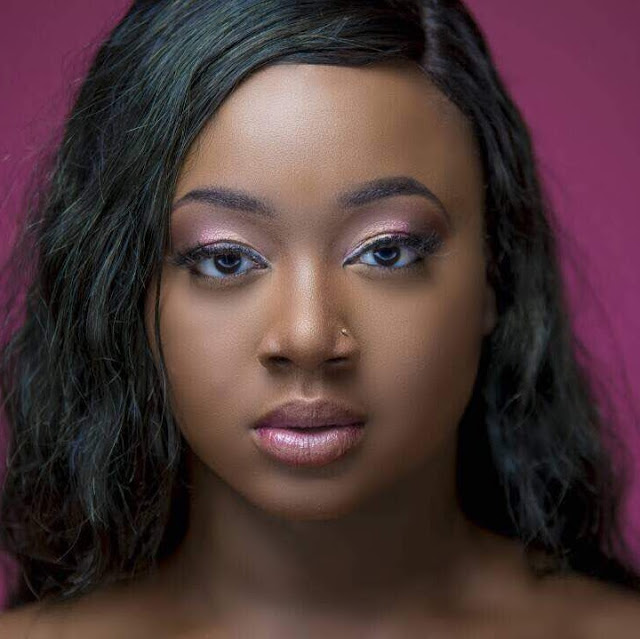 “Don’t give anybody the authority to take your life!” – Singer, Rashelle Blue advises

Last week, Singer, Rashelle Blue, was on Ameyaw TV, where she recounted how she suffered domestic violence in the hands of a man that she was in love with.

According to the Highly Spiritual Music first lady, she was constantly abused by her ex boyfriend.

“This happened when i moved to New York, i met a guy we started dating and shortly after moving in together the violence started” she said.

She, however, said that she could’t pinpoint what might have triggered her ex boyfriend to abuse her violently.

Asked if the domestic abuse she faced  inspire her music, she said, “i get inspiration from all types of things that i go through in my life, i did a song called “mimpe Basabasa” featuring Bisa Kdei that talks about standing up for yourself and not letting anyone abuse you”

she, further advised  people who go through domestic violence in their relationships to walk out of it the earlier the better.

“don’t give any body the authority to take your life, i advice everyone to get out of there” she said.

Rashelle Blue, who disclosed that she has moved permanently to Ghana to pursue her music, also revealed she met and recorded a song with the presume late Hip Life artist Castro.

“It was my then manager at point blank music who introduced Castro to me, he was in London, he came to one of my studio sessions and he liked the song that we where recording at that time and jumped on it”

Rashelle Blue is currently out with a new song titled “My thing” under Highly Spiritual Music.

Strika Receives Citation for his role in “Beasts Of No Nation”

GuiltyBeatz is ringing in the summer! The Grammy-nominated Ghanaian producer and DJ is back with another dazzling solo effort – an Amapiano-infused dance anthem ‘Universe’ featuring Pop sensation, Mr Hudson and buzzing Ghanaian singer, Twitch 4EVA. END_OF_DOCUMENT_TOKEN_TO_BE_REPLACED

The host of Joy FM’s Strong and Sassy, Animwaa Anim-Addo, has tied the knot in a private ceremony. END_OF_DOCUMENT_TOKEN_TO_BE_REPLACED

Grammy award-winning Nigerian musician, Burna Boy is trending on Twitter over his choice of outfit at a recent concert. END_OF_DOCUMENT_TOKEN_TO_BE_REPLACED