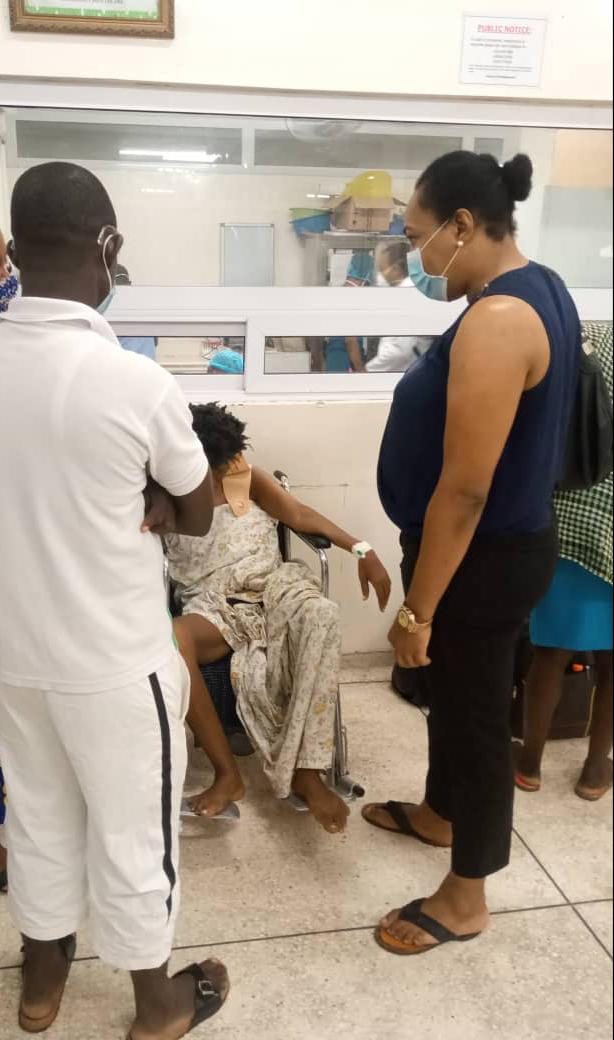 The foremost Ghanaian voice on cancer and its related issues, Dorothy Amuah a breast cancer survivor turn advocate who runs the Dorothy’s Hope Foundation (DHF) in the wake of events shared her into details the pain that came with losing one of the cancer patients on her support list who she together with well-wishers tried everything they could to save her but she dies in the process.

In a very touchy-feely conversation, She narrating vividly the efforts made to save Agnes, called. On those suffering to voice out so her foundation can come to the rescue and promised to do her best not to lose another patient on her support list as we together beat and survive cancer.

Below are excerpts from the long conversation.

This is my simple religion. There is no need for temples: no need for complicated philosophy. Our own brain, our own heart is our temple; The philosophy is kindness – DalaiLama

A genuine smile at about 1:30 am was enough to erase all feeling of exhaustion after a busy day helping beautiful, wonderful and strong women like myself. For Agnes to muster that smile from her weak and battling body was enough validation that I have given my life to a just cause. 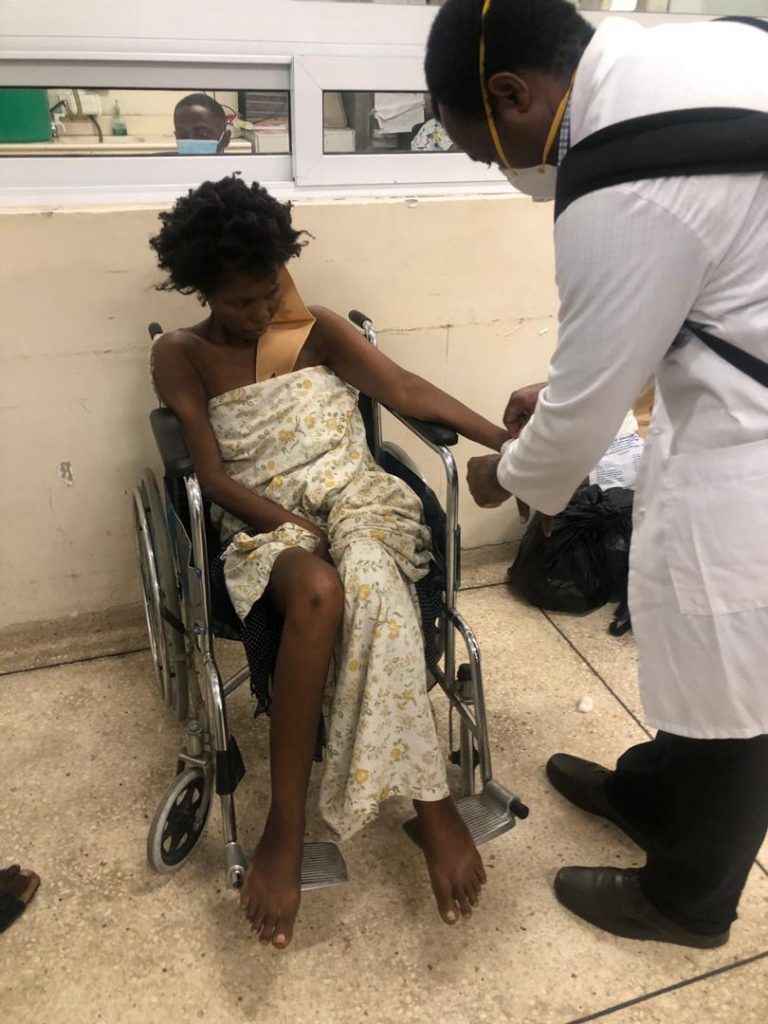 I assume you have by now heard of AGNES’s plight on Joy and aware of her battle with breast cancer without family support. My Saturday started after a visit to Agnes at her abode, where I met her in one of the worst environments and situation I’ve ever seen. With her rapidly deteriorating health, I knew we had to take immediate action. Together with Essinam (the Joy prime producer whom reported on Agnes’s condition) and Pastor her endearing friend, we scouted and secured a new apartment. The goal was to have her comfortably resettled in the a newly rented apartment plus plans to have a nurse’s aide come live with her. After having made considerable progress by Monday I proceeded to honor three appointments with newly diagnosed breast cancer patients. That meant shuffling between Korlebu and the Dorothy’s hope office in Cantonments. For those whom may not know, I AM A Survivor of this dreaded affliction and I have made it my life commitment to help women like myself Survive. The women I met required counseling and I had tailored specific schedules to meet their individual challenges.

I proceeded to honor my appointments and was in the middle of counseling when I received the 1st phone call from Agnes telling me she was in some kind of distress. I told her to calm down and that I’d call her back.

I could feel my tummy rumbling since I was yet to have a bite of food the entire day so the plan was to finish my meeting and grab a quick bite then  respond to Agnes. However before I could figure out my lunch, I received a frantic call from Agnes yet again -the voice on the other end saying “ mummy my tummy and I’m throwing up every few minutes… please please come for me.” Then her 10 year old son took the phone and cried out for me to help his mom.

Recognizing she was in urgent need of attention I sprung into action, first arranged to have her transported to Korle Bu and alert the specialist doctors on duty. We got to Korle Bu at about 4 pm and were immediately faced with the almighty Korle Bu bed problem. After all these years one would have thought this would be an issue of the past. Anyways let’s save that topic for another day. The kind Pastor who had accompanied Agnes to the hospital and I did our best to reassure her she would be fine. I was finally able to secure a bed at approximately 12 midnight. After she had been successfully stabilized by the doctors, she was moved to her ward on the 4th floor. I was honestly happy she was now at a good place receiving medical help.  As I said my good bye, her face lit up with the warmest smile and she said thank you. I felt glad to know she was no longer in excruciating pain.

As I rode home from the hospital I took the opportunity to reflect on the day’s events. I’m thankful to a couple of dedicated doctors who attended to Agnes. Maneuvering and navigating the ER in Ghana was no easy feat, the attitude and urgency to the call of duty by some of the health service personnel left much to be desired. I had witnessed two deaths which might have been prevented or made more peaceful if more care had been given. Maybe I am holding them to the high standard of commitment I have been used to, but these are “professionals and I expect more from them.

On Tuesday morning, I returned to the ward and saw a vast improvement on Agnes. Gave her a nutritious meal and offered words of encouragement and support. The doctors carried on with their tests and treatment throughout the day. I finally said good bye to her around 9 pm that evening. Little did I know that would be my last verbal encounter with dear Agnes. Agnes slipped into a deep sleep on Wednesday morning and we all assumed she was in need of much needed rest.

After staying by her bedside all day, Pastor and I sponged her face and neck before we left later Wednesday evening hoping she would wake up to drink or eat something but she continued to sleep. Not long after leaving, I received a phone call from the doctor attending to her telling me to quickly return. I immediately turned my car around and sped back to the hospital. I was told that her recent blood tests showed her calcium levels had escalated to a dangerously high amount. The only cause of action would be to administer an intravenous medication to help counter act the excessive calcium in her blood. I hoped for the best. I left Korle bu late that evening then shared the events of the day with Essinam and other members. Throughout the night, I called Baaba , one of the nurses on duty I had befriended. I needed to know if our patient had awoken but that wasn’t to be. At approximately 7.am Thursday morning I again called to check on Agnes’s progress but nothing had changed.

I believe this was the first time in months dear Agnes had any relief from the pain caused by her cancer. Perhaps she had drifted away into an unconscious state and finally found a place of peace and comfort…No more PAIN! No more TEARS! No more of the SADNESS she must have felt from months of neglect and abandonment. Not once did I see a family member come to her aid in her critical state. At 8:30 in the morning as I was en route to Korlebu, I called the attending doctor on duty to check on Agnes’s state once again only to be informed of her passing. She had slowly slipped away to her maker.

I was broken because we had battled to give Agnes a new beginning and restore her dignity. Though her cancer was advanced I had hoped the Dr’s efforts with Gods guidance, she would be able to survive so she would spend her last few months or even years in better conditions with her boys. They at least deserved that. Now what do I say to her two young boys who call me daily asking “ Aunty how is our mother doing ”. They still don’t know their mum is no more. Just this morning again that call came “Aunty how is our mother doing”? Well now that she’s gone some family members have now resurfaced.

Dorothy rounded up our long and very emotional conversation saying, “How cruel  life can be…Under my breath I said a prayer for all those who rallied to our call and for strength to continue on this not financially rewarding but spiritually rewarding path I have chosen. I prayed that those suffering in silence may have the courage to speak out and come forward so we can together beat cancer.”

Related Topics:Dorothy Amuah
Up Next