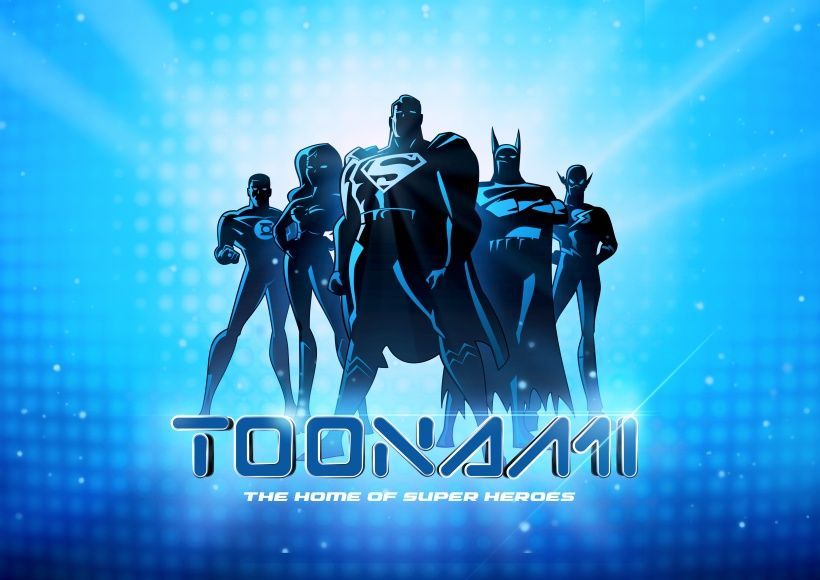 DStv and GOtv are here to help stave off boredom with the launch of a new DSTV Pop-Up channel, TOONAMI, the Home of Superheroes Channel. With the outbreak of the coronavirus, our lives have changed in ways we’ve never experienced, resulting in strict lockdowns and school closures.

WarnerMedia’s TOONAMI has existed across Africa for the past three years and targets all super-heroes fans, especially kids between the ages of eight and 12, offering non-stop, uninterrupted, 24-hour programming, jam-packed with top-rated series’ such as DC Comics’ Batman, Superman, The Green Lantern, Young Justice and The Justice League as well as popular animated series Teen Titans among others.

Plenty of pulse-raising, action-packed films have also been specially packaged for African audiences making TOONAMI the go-to destination for action and animation enthusiasts of all ages. The branded TOONAMI movie block will screen a host of animated feature films every day from Monday to Sunday at 20:00 CAT and Saturday morning at 08:30 CAT, showcasing popular superheroes’ heroic acts and deeds in movies like Green Lantern Emerald Knights, Justice League: Throne of Atlantis, Batman: Monster Mayhemand  All-star Superman.

“Plenty of pulse-raising, action-packed films have frequently been specially packaged for our African audiences, making TOONAMIthe go-to destination for action and animation enthusiasts of all ages.” Says Aletta Alberts, Executive Head of Content Strategy.“TOONAMI is an amazing movie channel that will screen a host of animated and action feature films from Monday to Sunday at 20:00CAT and Saturday morning at 08:30CAT, showcasing popular superheroes’ heroic acts and deeds in movies like Green Lantern Emerald Knights, Justice League: Throne of Atlantis, Batman: Monster Mayhem and  All-star Superman.

DStv and GOtv remain committed to delivering the best entertainment experience to our customers by constantly offering them more choice, great value, and great content. “As part of DStv and GOtv’s ongoing efforts to bring customers content that resonates with them, we are proud to announce the launch of the action-packed animated superhero Pop-Up, TOONAMI, the Home of Superheroes Channel running from Friday, 27 March to the middle of May.” says Guillaume Coffin VP Commercial and Business Development at WarnerMedia Africa.

For the perfect viewing destination to keep the family entertained while at home. Tune in to TOONAMI, the Home of Superheroes Channel, DStv channel 300 and GOtv Channel 71 (155 Ghana and 357 Uganda) from Friday, 27 March for all the energizing superhero action you and your family need!

A continuation of the Justice League animated series finds the original members of the team joined in their battle against crime and evil by dozens of other heroes from the DC comics universe.

Follow the adventures of Superman the legendary superhero as he battles the forces of villainy and continues his quest for truth justice and the American way.

Vowing to avenge the senseless murder of his wealthy parents, the millionaire playboy Bruce Wayne secretly assumes his crime-fighting alter-ego: ‘Batman’,and devotes his life to wiping out lawlessness in Gotham City.

Batman The Brave and The Bold

The Caped Crusader teams up with heroes from across the DC Universe, delivering nonstop action and adventure with a touch of comic relief. Blue Beetle, Green Arrow, Aquaman and others fight alongside Batman, with formidable foes around every corner.

Hal Jordan, a test pilot from planet Earth, is the first human being to join Green Lantern Corps, an extra galactic police force in order to keep peace and justice through the entire universe.

Forces of evil, chaos, and destruction await. Not even protectors like Superman, Batman, Wonder Woman, Green Lantern or the Flash have a chance alone. But together as the Justice League, they are a metahuman force (and a hope) to be reckoned with.

Batman, Superman and Wonder Woman return to lead the DC Superheroes against an array of their most infamous foes, as well as new enemies such as space invaders, magical forces and supervillains intent on destroying the planet.

A continuation of the Justice League animated series finds the original members of the team joined in their battle against crime and evil by dozens of other heroes from the DC comics universe.

Follow the adventures of Superman the legendary superhero as he battles the forces of villainy and continues his quest for truth justice and the American way.

Robin the Boy Wonder leads his own team of superheroes, The Teen Titans. Together they battle the forces of evil wherever they appear like the enigmatic Slade, the diabolical Brother Blood or the malevolently cosmic Trigon.

Billionaire bachelor Bruce Wayne secretly fights crime as the masked vigilante, Batman, defending the city of Gotham from criminals and madmen, such as Clayface, The Joker, Penguin, and The Riddler. Can Batman stop them once and for all?

In Young Justice: Invasion being a teenager means proving yourself over and over – to peers’ mentors…and to yourself.

New Channel, NHK World-Japan to Launch on DStv this April

This Week’s episode features new music from Kay Faith, all the breaking hip hop news, and the hottest tracks of the week from around Africa! END_OF_DOCUMENT_TOKEN_TO_BE_REPLACED

Football fans on DStv already have the best seat in the stadium with SuperSport’s unrivalled football offering, and nowESPN (DStv ch. 218) is adding to the roster with  English Football League, Eredivisie and the Scottish Premiership returning, and the Belgian Jupiler Pro League joining the channel to  bring extra  football action from across Europe to audiences across the continent. END_OF_DOCUMENT_TOKEN_TO_BE_REPLACED

Hailed as “the best medical drama in years” by TIME, This Is Going To Hurt is now available to binge on Showmax END_OF_DOCUMENT_TOKEN_TO_BE_REPLACED

On Tuesday, August 2, Netflix hosted a “See What’s Next Africa” content showcase in Lagos, Nigeria, to spotlight its increased investment in Africa’s rich storytelling history through exciting new projects in a wide range of genres and formats that will be available in 190 countries. END_OF_DOCUMENT_TOKEN_TO_BE_REPLACED