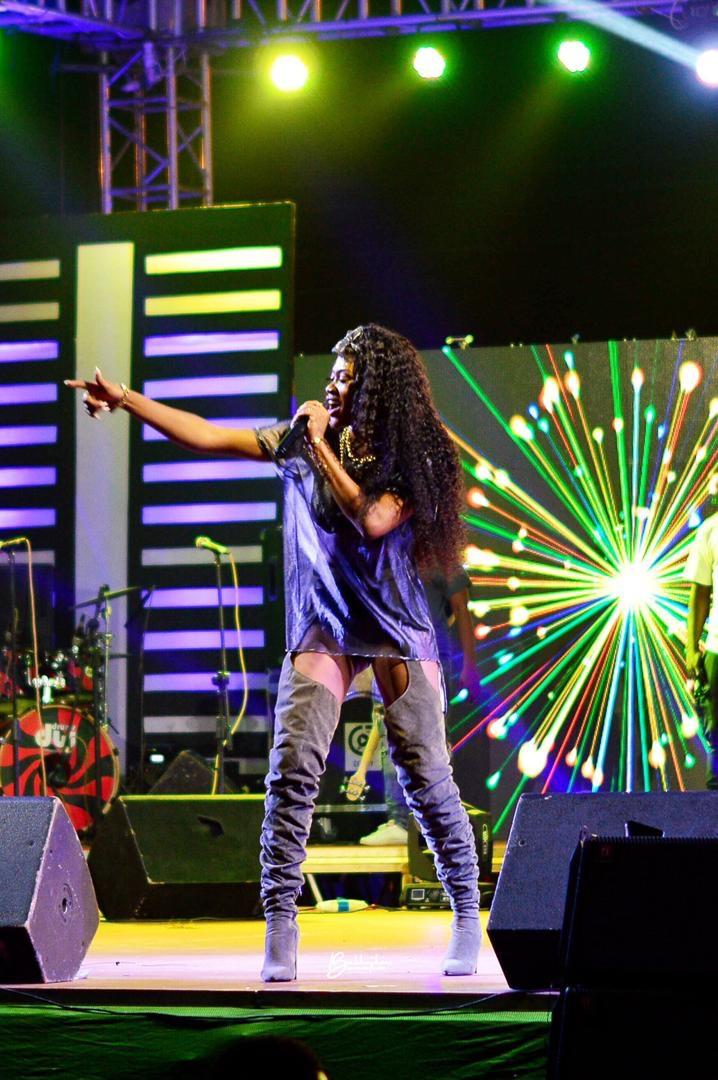 Ga mashie and its environs in accordance with its annual homowo celebration put together the Homowofest 2019, this event was organized by Solash Entertainment.

Artistes that graced the event included the First Lady Eazzy who thrilled her audience with back to back hits, including kpakposhito, Na Na, Power and bad to the bone among others.

The ga mashie crowd sang word for word as she performed on stage, we all know the wengeze queen wouldn’t leave the stage without wining her waist and striking some risqué poses.

The First Lady Eazzy recently released her 5 track Ep , Solo which has a Medikal assisted song titled Away and Odo.
She recently was in the UK where she toured various platforms including the BBC.

Watch out for her new single which features JoeyB titled “For The Where”. Drops 30th August 2019…