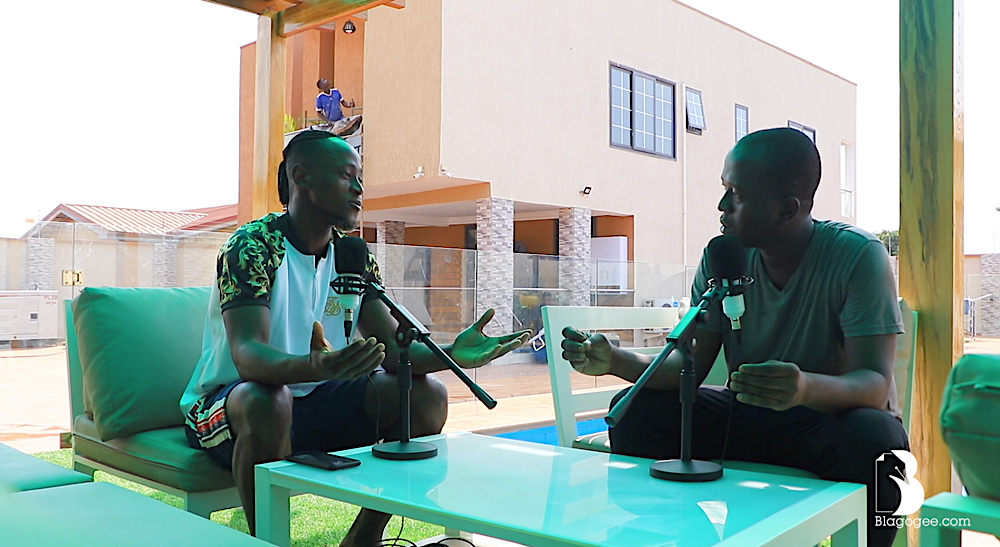 Eric Thomas quote “Are You Ready To Sacrifice Who You Are, For What You Will Become.” this is a football journey with Ghanaian Born Emmanuel Boateng, who plows as a professional footballer from Ghana, Portugal, Spain and currently in China club side Dalian Professional with 10 goals currently.

Emmanuel Boateng, football career started as a colts player for Leeds United at Lapaz a suburb of Accra and moved to Charity Stars, where he was called up to play for the Black Starlets under 17.

According to him, he was in his final year in school when his former late coach Emmanuel Kwasi Afranie, phoned him that he was qualified to play in a cup competition for Black Starlets under 17.

Boateng’s inspiring story shared with Edward Blagogee of blagogee.com, revealed that during his tournament for Black Starlets he [Boateng] had his breakthrough deal in Portugal as he played for Rio Ave in 2014.

Sharing his maiden experience when he played for Portugal club team Rio Ave, the player affirmed that it wasn’t easy because I got injured 2 days before travelling to Portugal… at that moment I told my mom that it’s impossible, but with the aid of the club [Rio Ave] the team took care of my injury, which I’m grateful.

When asked how he managed to communicate the Portuguese language on the field of play? he admitted it wasn’t easy at the time when he got to Rio Ave because he was new to the language, culture and was willing to adapt and learn from his playing mate.

He continued that, although he was keen to play more for his club [Rio Ave] he faced challenges with his playing time when the club introduced a new coach.

The elated striker averred that eating became a problem in Portugal, but as a good chef, he managed to satisfy his tummy.

In 2015, Emmanuel Boateng got signed to Moreirense in Portugal, where he had his biggest breakthrough and signed for Spanish side “Levante”, where he left his unprintable record in La Liga matches against Real Madrid and Catalonia side Barcelona with a hat-trick in 2018.


Related Topics:Emmanuel Boateng
Up Next