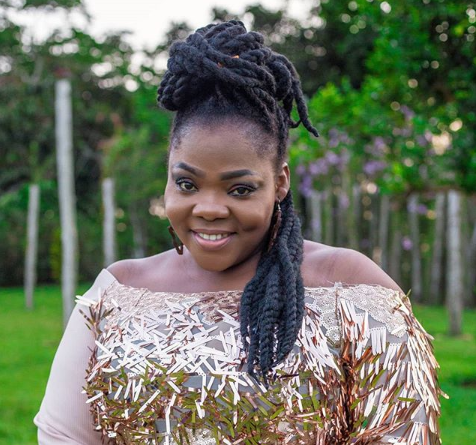 Gospel musician Celestine Donkor has voiced her dislike for the practice where churches and other organisations say only ‘thank you’ and fail to pay Gospel musicians for performing at their events.

According to her, that practice has to stop because music is capital-intensive and Gospel artistes are not exempted from spending big on their works.

“The sad part is that the secular artistes are not treated the same, so why does it happen to Gospel musicians? I have been on several shows with secular musicians who were paid so well but I got nothing. This thing has to stop,” she told Graphic Showbiz recently.

Celestine said it was about time corporate bodies and churches saw their work as a business and not just singing for God.

“A lot of people have the perception that once you do Gospel, it is God’s work and you shouldn’t take money for a performance. How do we record or shoot music videos if we don’t make money from our hard work?

“Gospel musicians should come together and with one voice fight this problem which is gradually killing the gospel industry,” she said.

Moving on to other matters, Celestine, who is still promoting her latest singles Agbebolo (Bread Of Life) and Bigger, said combining music, marriage and motherhood had been tough.

“I have three children and doing music and being a wife is not easy. I have to manage my time to be able to combine these three and I thank God I have a supportive husband who understands me and the work I do,” she said.

According to her, it is also good to be managed by your husband, else there will be trouble all the time.

“I think what is keeping my husband and I together is that he is my manager and understands the work I do. He knows all my movements so he is not worried if I stay out very late,” she explained.

Known for other songs such as Okronkron Hene, Turning Around and Adekye Mu Nsem, Celestine said her annual Celestial Praise concert, which comes off at the end of September, will feature most of the A-list Gospel musicians and will be a powerful event.

When Graphic Showbiz spoke to an Elder of the Taifa English Assembly of the Church of Pentecost, Raphael Asante, about Celestine’s concerns, he said he did not think Gospel musicians should charge for their performances at churches.

“I don’t believe in Gospel musicians charging churches for performing. The church cannot say thank you without giving fuel money, but to say a Gospel musician is taking GH¢15,000 for an appearance is a no-no.

“Can you imagine Bishop Agyin Asare demanding huge sums of money before preaching at a different church? It’s not done. We are all doing the work of God and I don’t think it is right for Gospel musicians to charge.

“Rather, if organisers of events bill gospel artistes for a performance where patrons have to pay for attendance, then they can demand to be paid,” he said.

Highly talented vocalist Luta has announced his return to the music scene after a long hiatus as he prepares to relaunch his career with a new song.
END_OF_DOCUMENT_TOKEN_TO_BE_REPLACED

It looks like it’s a ‘year of homes’ for Ghanaian celebrities and the latest glimpse comes from the beautiful home is Broadcast Journalist Serwaa Amihere. END_OF_DOCUMENT_TOKEN_TO_BE_REPLACED

Ghanaian artist Amerado has announced the release of his debut career album titled God Is Never Asleep shortened as G.I.N.A. The announcement was made in the middle of his trending beef with fellow rapper LJ. END_OF_DOCUMENT_TOKEN_TO_BE_REPLACED

Global streaming giant Spotify is proud to announce that Sio has been selected to join the EQUAL Africa programme aimed at spotlighting female artists across the continent. END_OF_DOCUMENT_TOKEN_TO_BE_REPLACED