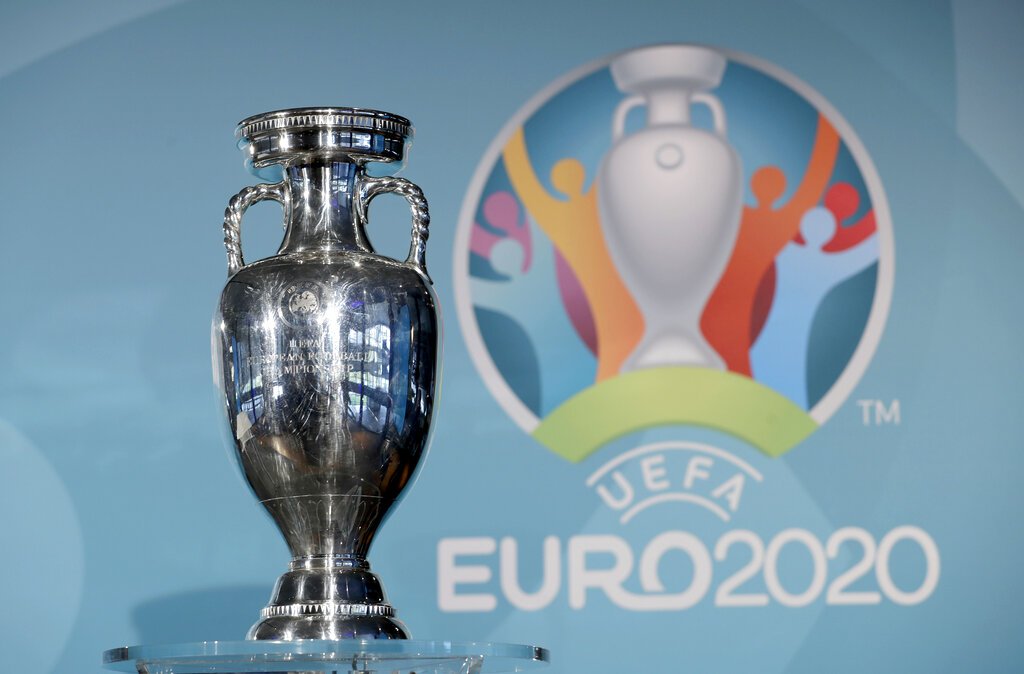 Uefa has officially postponed Euro 2020 until 11 June 2021 due to the coronavirus crisis.

Uefa confirmed that the European Championship will now become Euro 2021 and get underway on 11 June next year, with the final taking place on 11 July.

“Uefa today announced the postponement of its flagship national team competition, Uefa Euro 2020, due to be played in June and July this year.  The health of all those involved in the game is the priority, as well as to avoid placing any unnecessary pressure on national public services involved in staging matches. The move will help all domestic competitions, currently on hold due to the Covid-19 emergency, to be completed.

“All Uefa competitions and matches (including friendlies) for clubs and national teams for both men and women have been put on hold until further notice.  The Uefa Euro 2020 play-off matches and international friendlies, scheduled for the end of March, will now be played in the international window at the start of June, subject to a review of the situation.”

Uefa president Aleksander Ceferin said: “The health of fans, staff and players has to be our number one priority and in that spirit, Uefa tabled a range of options so that competitions can finish this season safely and I am proud of the response of my colleagues across European football.  There was a real spirit of co-operation, with everyone recognising that they had to sacrifice something in order to achieve the best result.

“It was important that, as the governing body of European football, Uefa led the process and made the biggest sacrifice.  Moving Euro 2020 comes at a huge cost for Uefa but we will do our best to ensure that the vital funding for grassroots, women’s football and the development of the game in our 55 countries is not affected.  Purpose over profit has been our guiding principle in taking this decision for the good of European football as a whole.”

He added: “I would like to thank Fifa and its President, Gianni Infantino, who has indicated it will do whatever is required to make this new calendar work.  In the face of this crisis, football has shown its best side with openness, solidarity and tolerance.”

The tournament was due to take place across 12 cities in 12 different countries from 12 June to 12 July this year, but the near-blanket ban on sport across Europe due to the coronavirus outbreak has left sport authorities scrambling for crisis plans.

The final and semi-finals will be held at Wembley with the Football Association welcoming Uefa’s decision.

“People’s health and well-being has to be the primary concern for us all, so we fully support Uefa’s decision to postpone Euro 2020,” CEO Mark Bullingham said in a statement.

“We will be considering the implications for all England teams and our organisation over the coming days, including any implications on the date of the 2021 women’s Euro which we are very proud to be hosting.

“We will continue to work in collaboration with the PL, EFL and our football partners on the scenarios that could follow Uefa’s decision today and ensure we are ready to put them into immediate action once it is appropriate to do so.

“Until then, we will continue to follow the advice of Government and the health authorities.”

The Euro 2020 play-offs initially scheduled for later this month had to be postponed, along with the Champions League last-16 second leg ties due to be played this week, while the quarter-finals have also been postponed.

But such a delay has seen Uefa able to reschedule the play-offs to later this year, initially now set for June, to decide the last four teams to qualify, though it is likely to heavily impact the second season of the Nations League.

There are as yet no new dates for remaining Champions League and Europa League games while the Women’s European Championships, originally set for next year, is set to shift to 2022.

Drake breaks record for most Billboard Hot 100 entries ever

Netflix says “Squid Game” is its biggest series launch of all time. END_OF_DOCUMENT_TOKEN_TO_BE_REPLACED

Tyga is facing accusations of domestic violence from his ex-girlfriend. END_OF_DOCUMENT_TOKEN_TO_BE_REPLACED

Dwayne The Rock Johnson made his rap debut with Tech Nine’s new single “Face Off”. END_OF_DOCUMENT_TOKEN_TO_BE_REPLACED