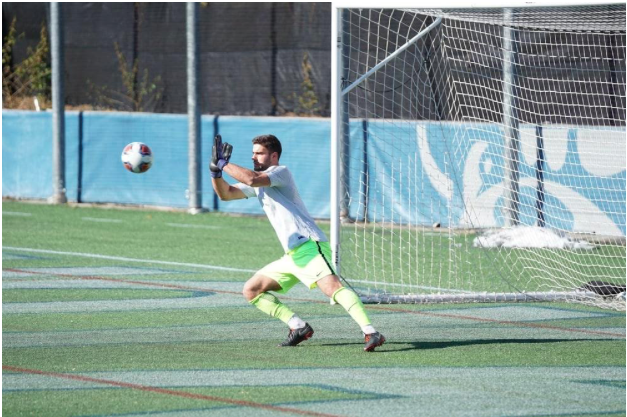 The 2020 UEFA European Football Championship kicked off with Italy and Turkey locking horns in Rome. Everyone’s eyes are on the championship trophy, but players are also aspiring for the best European goalkeeper award in the long run.

About 624 players are making a beeline for the international stage. Seventy-two of them are goalkeepers, the spine of their team’s defense strategy. Their moves can make or mar their team’s form! Let us look at some of the best goalkeepers playing in Euro 2020.

The tournament has already been thrown open, and the rush of excitement is overwhelming. If you are rooting for a favorite team, promising striker or a powerful goalkeeper, you could crank it up a notch by putting some money at stake. You can place your bets through these sports betting sites in Canada.

35-year-old Manuel Neuer has managed five clean sheets in seven appearances in the qualifying games for Euro 2020. He has been instrumental in their victory at three championships in the 2019 season alone.

He played on the team when they won their Bundesliga title this season, creating a new record of clean sheets back home. Neuer brings to the table several strengths like blocking shots, clearing out the box and build-up play. Neuer performs at his peak and springs back up rather quickly after injuries. Moreover, he won the Best European Goalkeeper Award in 2020.

His agility combined with extensive experience make him one of the best goalkeepers in the history of football. After being thrown out from the group stage of the World Cup in 2018, Neuer will crack down hard with a score to settle in what might be his last year at Euro 2020.

22-year-old rising star Donnarumma has played 251 club games and 25 international games for the Italian team. He shone in the qualifiers with three clean sheets in five appearances. His form shows through his performance at a recent Serie A campaign where he pulled off 14 clean sheets with Samir Handanovic. He conceded just 38 goals in 37 games. Fans often call him Gigi’s long-term successor.

Thibaut Courtois did not shine much in his initial days at Madrid. But then he helped them win a title in 2019. He has conceded the fewest goals among La Liga goalkeepers and was awarded the Zamora Trophy, reserved for the best goalkeeper in the season. He played 34 matches, conceding just 20 goals and keeping 18 clean sheets. Courtois needs to improve his leg work, but his giant frame allows him to cover shots that rivals with smaller statures would not be able to reach.

Simon is not an obvious bet because he is known for making costly mistakes. At the same time, he had some spectacular moves while playing for Athletic Club at the Copa del Rey final. He blocked two penalties in the quarter-finals against Real Betis.

Twelve clean sheets in the 2019 season and 82 saves in 34 La Liga appearances is not a bad record. He might be a key successor to stalwarts in Spanish football. Manager Enrique seems to be open to giving Simon more shots at perfection. However, he will need to work on the consistency of his performance to garner more trust.

Hugo Lloris suffered a blow to his reputation after making a blunder at the 2018 World Cup. Although his team managed to trump over Croatia 4-2, it turned out to be a sour season for Lloris. Nevertheless, he continued leading his team with a calm and collected demeanor. In 2020-21, he prevented more goals than any other Premier goalkeeper.

Hugo has been on the international stage about 124 times, including European championships and world cups. He has three clean sheets in 6 appearances, and just 4 conceded goals to his name in the qualifiers. His experience and recent form make a convincing case for the best goalkeeper in Europe.

34-year-old Schmeidel played a crucial role on his team when they won the 2016 Premier League title. An even bigger achievement was their recent victory at the FA Cup. He has four clean sheets in 8 appearances with only six conceded goals in the qualifiers. His experience, coupled with speedy reflexes, put up stern resistance to deadly strikers like Romelu Lukaku and Teemu Pukki.

Finland is making their international debut in Euro 2020, and goalkeeper Ludas Hradecky will be busy as a bee. He made nine appearances in the qualifiers, maintaining six clean sheets while conceding only eight goals. He made 56 saves in Bundesliga and completed 903 passes, the third-highest score among German goalkeepers.

Hungary stood fourth out of five in their qualifying group through the National League. Gulacsi made eight appearances, in which he delivered two clean sheets and conceded 11 goals. For Hungary, participating in Euro 2020 comes with the challenge of locking horns with giants like Portugal, France and Germany. Gulacsi is, in a way, their safety net as they navigate this tricky terrain. He has proven his mettle in the Champion League. He knows his way around the penalty area, which will come in handy to keep sharpshooters like Ronaldo and Mbappe.

FEATURE: Counting the Cost of Twitter Ban in Nigeria