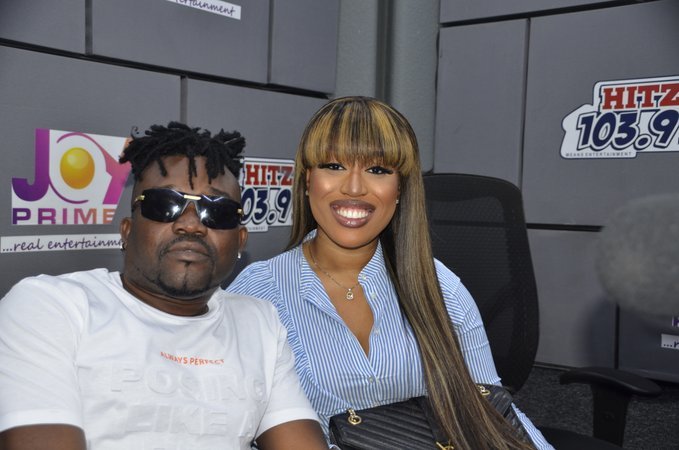 The Chief Executive Officer of RuffTown Records, Ricky Nana Agyemang popularly known as Bullet has finally opened up on the situation between Fantana and his record label.

Over the weekend, Fantana revealed that she’s had enough of attempts by Rufftown Records boss Bullet and label mate, Wendy Shay to continuously humiliate her.

In an interview with Zionfelix, Bullet revealed that the “So What” hitmaker is still a signee under RuffTown Records and explained that he has a five-year-deal with Fantana although she has a different management team known as Blown GH.

According to Bullet, Fantana is only signed under RuffTown Records and that his contract with her is not a 360 deal.

He also added that Fantana’s mother is his partner in regards to investing in the musician’s career and further debunked rumors that he was given a huge amount of money by Fantans’s mother before she was signed.

Bullet in explaining his social media post which suggested that Fantana has been axed from the label claims his post was interpreted wrongly.

He disclosed that it is a new project that he is about to embark on and that there is no way he will terminate a contract with his artist in such an unprofessional manner.

Bullet further denied ever bullying or torturing Fantana and that she is really happy with RuffTown Records.

“It is a new movement we are embarking on and I just paired Wendy Shay with the other two artists. Fantana wasn’t part of this project because her name was on the next project. Everything is ok between Fantana and RuffTown Records.

She actually didn’t understand the post that was why she replied in such a manner. She has never shown any actions of leaving the label and it is never true she was bullied or tortured by me and Wendy Shay. Fantana is an outspoken girl so there is no way she will allow herself to be bullied. She is very happy with RuffTown Records”, Bullet explained.

Related Topics:BulletFantanaWendy Shay
Up Next

Bose Ogulu has told her son Burna Boy to “tone down the madness” as she celebrated his birthday. END_OF_DOCUMENT_TOKEN_TO_BE_REPLACED

The Hewale Lala (Song Of strength) hit maker Perez Musik gets ready to have his first-ever major concert. END_OF_DOCUMENT_TOKEN_TO_BE_REPLACED

Kofi Sonny, CEO of 610Music, a direct representative for Universal Music Group in Africa, unveiled two of his newly signed artistes to the world over the weekend. The event pulled in dignitaries from all over the globe to witness what many have dubbed “the birth of greatness.” END_OF_DOCUMENT_TOKEN_TO_BE_REPLACED