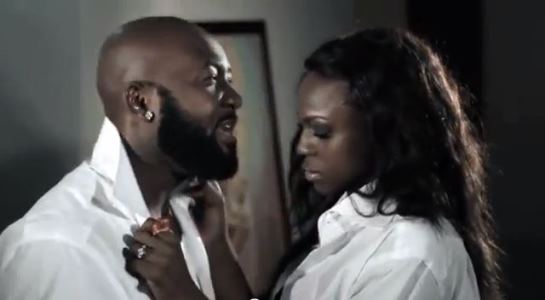 Beverly Osu, who we will all agree kinda talks too much in the BBA House, claimed a few days back that she was battered to the extreme by an ex-rapper boyfriend and even pulled up her shirt to show a scar she got from one of his numerous beatings…to prove she wasn’t lying about the abuse.  She said one time while he was beating her she ran into the bathroom to escape him, but instead of leaving her alone, he broke down the bathroom door and continued beating her. Beverly didn’t mention names…she said rapper boyfriend…and some of us know she once dated 2shotz who is a rapper. She may have been referring to 2shotz or another rapper she dated…I really don’t know but some blogs believed Beverly was referring to 2shotz and called him out. 2shotz has responded to the allegations. Find the statement he posted on Facebook: 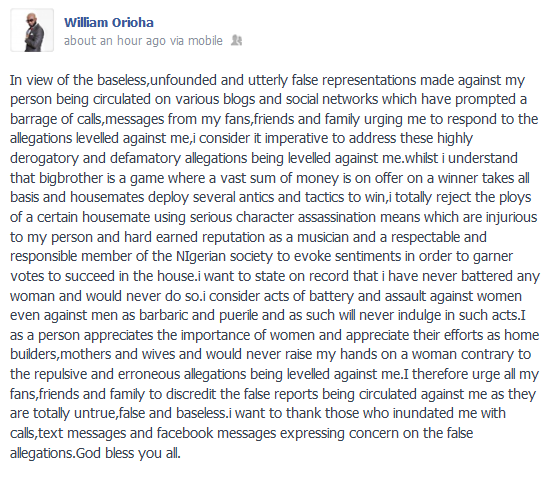 culled from lindaikeji
]]>
Related Topics:Beverly Osu
Up Next