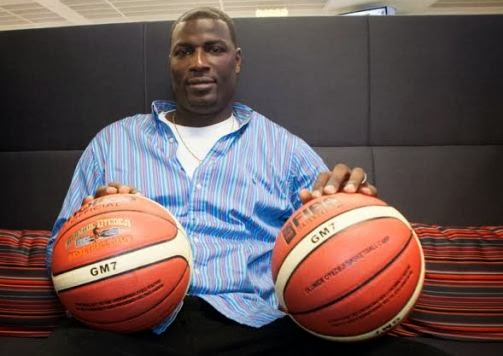 Olumide Oyedeji , a former NBA player and current team captain of the Nigerian Basketball team,  is hosting a charity Basketball clinic for kids in London this weekend at the Damilola Taylor Centre in Pecham and from his rants on Twitter, the Nigerian High Commission in the UK were not interested in partnering with him on his charity project

He seemed really excited as he made his way to the embassy (tweet above)…and they burst his bubble lol. See his rants below and after the cut… 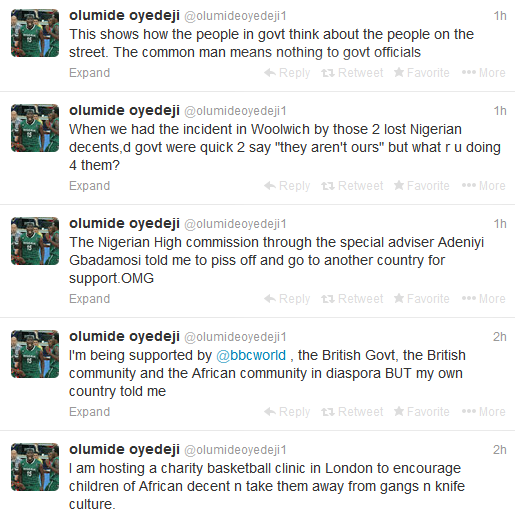 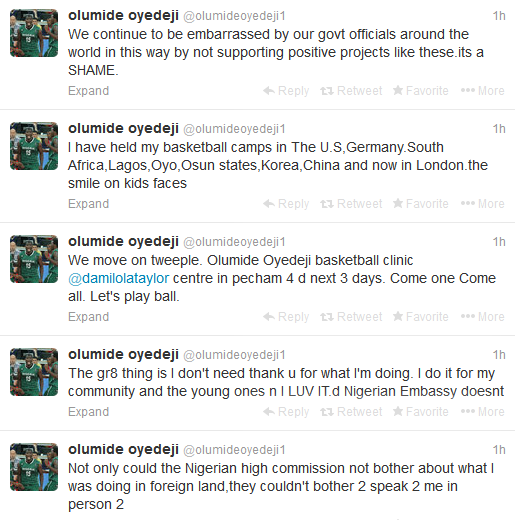 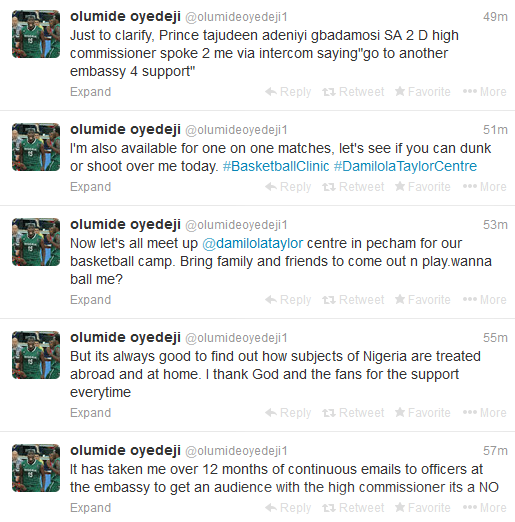 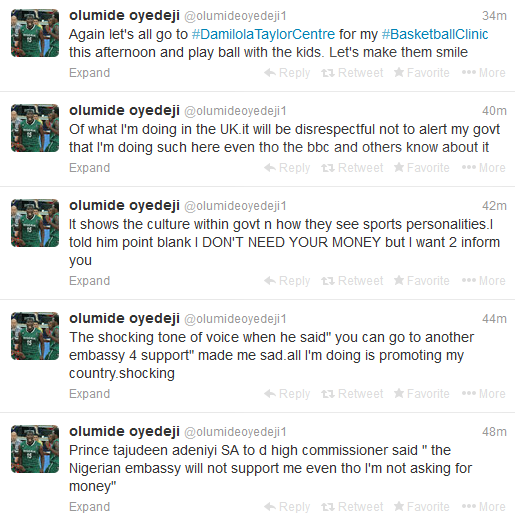 The event tagged ” Shoot a ball not a Gun and Pick a book not a Knife” is part of the charity work carried out by his organization ” the Olumide Oyedeji Youth Foundation”. Olumide recently visited the Bbc studio’s in london where he was a guest on the programme ” focus on Africa”  to talk about his charity work and more.
Find attached pictures of his Bbc stop and please feel free to share on your platforms.
Olumide Oyedeji Basketball clinic
29/11//13 4.30pm -8pm
30/11/13 9.30am – 12noon
1/12/13 1pm – 6pm
]]>
Related Topics:Olumide Oyedeji
Up Next

Really? Victoria Hammah says she was slapped and called ‘Ashawo’ by Police man

Daddy of the year? Ice Prince explains why he initially denied having a son