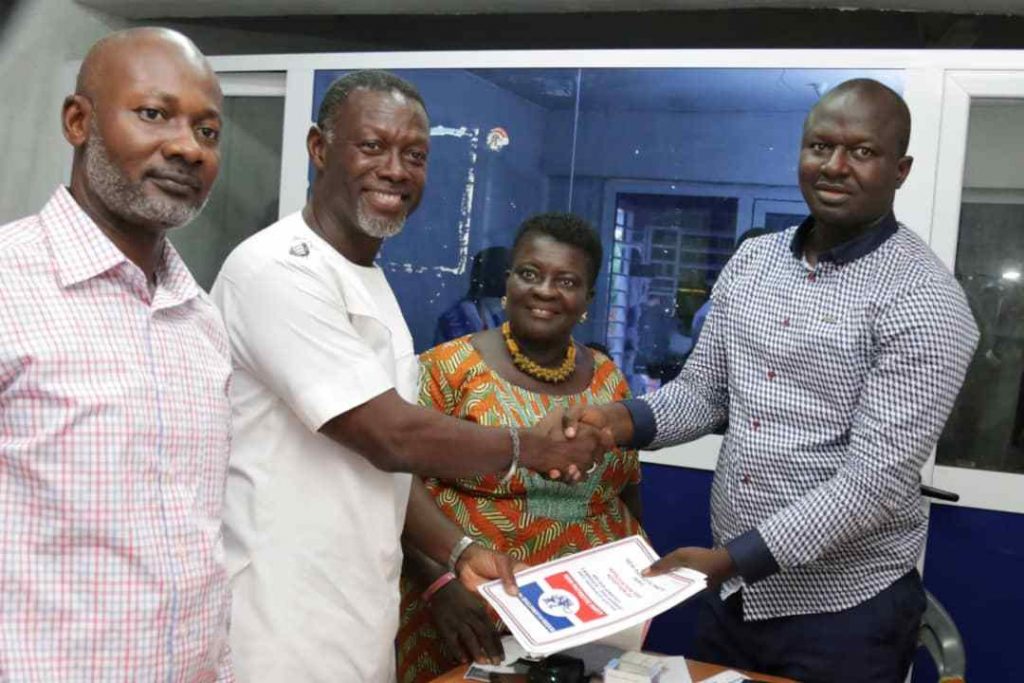 The son of former President J.A Kufour, Edward Agyekum Kufour, has shockingly withdrawn his candidacy from the race for the Ayawaso West Wuogon Parliamentary seat.

Edward picked his forms last week, as we reported, and had survived the party’s vetting process and was on course to win the seat. However, with only three days to the elections on Saturday, December 29th, Edward released a statement announcing he was not contesting anymore.

He attributed his decision to his respect for the late MP, Emmanuel Agyarko and his wife. Read the full statement below…

NOTICE OF WITHDRAWAL OF MY CANDIDACY

It is with deep sadness that I announce the withdrawal of my Candidacy for the AYAWASO WEST WUOGON Constituency primaries of the New Patriotic Party. After successfully going through vetting, I was looking forward to sharing my vision and working with all in the constituency.

When I declared my intention to contest, Madam Lydia Alhassan had NOT DECLARED her intention. We belong to the same church-family and the late Hon. Kyeremateng Agyarko was a man whom I greatly respected and liked. He was like a big brother to me. Considering Madam Lydia’s current state of mourning for the father of her children, with whom she worked politically in the constituency, and in honour of his memory, I am immediately stepping down.

To everyone who may have lost something out of this decision, I sincerely apologise and appreciate your support.

Running for this primaries are very talented and committed individuals, and their ideas are all to move the constituency forward. I wish them all the very best of luck and hope that our party comes out stronger than ever after this contested election.

Thank you all for your sacrifice and the goodwill messages I have received since I declared my intention.

I remain committed in service to the New Patriotic Party, the constituency and the Nation. God bless our homeland Ghana.

Ghanaian Pizza brand, Pizza Inn has opened a new branch in East-Legon and has FREE pizza pies and more to share this christmas season. END_OF_DOCUMENT_TOKEN_TO_BE_REPLACED

Dancehall act, Stonebwoy has hinted that his legal team is taking serious action against his former signee Kelvynboy for comments he made after he was attacked in Ashiaman recently. END_OF_DOCUMENT_TOKEN_TO_BE_REPLACED

Internet sensation and “King of Gh Rap”, AY Poyoyo has caught the international audience with his unique style of music. END_OF_DOCUMENT_TOKEN_TO_BE_REPLACED

Canadian singer, Justin Bieber has reacted to the sexual assault allegation made against him by a Twitter user identified simply as “Danielle” with evidence. END_OF_DOCUMENT_TOKEN_TO_BE_REPLACED