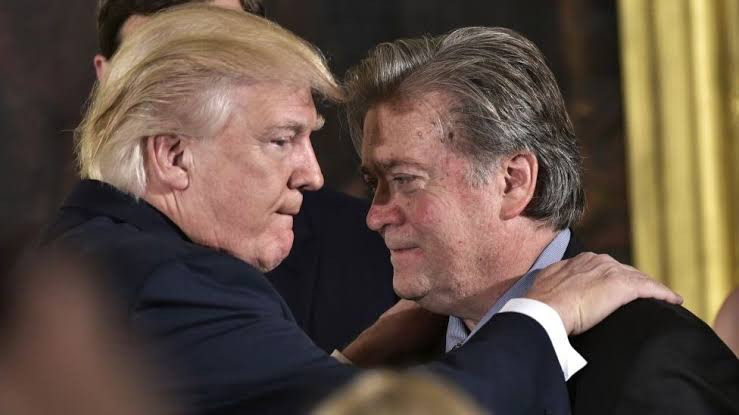 Steve Bannon, an ally of former U.S. President, Donald Trump was convicted Friday, July 22 of contempt charges for defying a congressional subpoena from the House committee investigating the Jan. 6 insurrection at the U.S. Capitol.

Bannon was found guilty after a trial that lasted for five days in federal court in Washington on two counts: one for refusing to appear for a deposition and the other for refusing to provide documents in response to the committee’s subpoena.

As at the time of the insurrection on Jan. 6, 2021, Bannon was serving in an unofficial capacity to Trump. The committee, which held a prime time hearing Thursday that included Bannon comments of Trump’s post-election strategy, wanted to speak with Bannon because it had information that he was actively involved in planning, logistics and fundraising for Trump’s efforts to overturn the 2020 election using the Capitol Riot and stop Congress from certifying Joe Biden’s victory.

The panel’s subpoena demanded any documents or communications relating to Trump and others in his possession, including lawyer Rudy Giuliani.

Bannon, a former Trump adviser and political strategist, now faces up to two years in a federal prison when he’s sentenced. Each count carries a minimum sentence of 30 days in jail.

The jury of eight men and four women deliberated for just under three hours before returning the verdict.

Evan Corcoran, Bannon’s lawyer, argued that the charges against him were politically motivated and that Bannon had been engaged in good-faith negotiations with the congressional committee over his concerns about testifying. “No one ignored the subpoena,” Corcoran told the jury.

Corcoran tried to establish that the deadline for Bannon to appear before the House committee was flexible, as long as the two sides were negotiating over the timing. He said testimony from the House panel’s chief lawyer, Kristin Amerling, made it clear “that the dates were in flux.”

Corcoran said that “no reasonable juror could conclude that Mr. Bannon refused to comply.”

Bannon’s team told the judge that Bannon saw no point in testifying at his trial since Nichols’ previous rulings had gutted his avenues of defense. His lawyer also said that Bannon’s team was barred from calling as witnesses House Speaker Nancy Pelosi or members of the House panel.

Another Bannon lawyer, David Schoen, said Bannon “understands that he would be barred from telling the true facts.”

Bannon was indicted in November on two counts of criminal contempt of Congress, one month after the Justice Department received the House panel’s referral.

Assistant U.S. Attorney Amanda Vaughn told jurors that the subpoena issued to Bannon “wasn’t optional. It wasn’t a request, and it wasn’t an invitation. It was mandatory.” She added: “The defendant’s failure to comply was deliberate. It wasn’t an accident, it wasn’t a mistake. It was a choice.”

Related Topics:Steve Bannon
Up Next

END_OF_DOCUMENT_TOKEN_TO_BE_REPLACED

“What do celebrities & influential leaders believe in?” As you know, celebrities and influential leaders are role models for young and old generations, and they can influence society and impact the world negatively and positively. Spiritual leader and multi-award-winning life coach Asim Aliloski has seen that successful people on top of their game have been searching for a higher power. END_OF_DOCUMENT_TOKEN_TO_BE_REPLACED

American rapper, Kanye West has reacted to the news of the end of the relationship between his ex-wife Kim Kardashian and Pete Davidson. END_OF_DOCUMENT_TOKEN_TO_BE_REPLACED

Prosecutors are reportedly asking the federal court to seize about $28K from R Kelly’s prison-inmate account since he has $140,000 in court-ordered fines. END_OF_DOCUMENT_TOKEN_TO_BE_REPLACED

Elon Musk has accused the social media platform, Twitter, of fraudulently holding back information about the company as part of a countersuit. END_OF_DOCUMENT_TOKEN_TO_BE_REPLACED