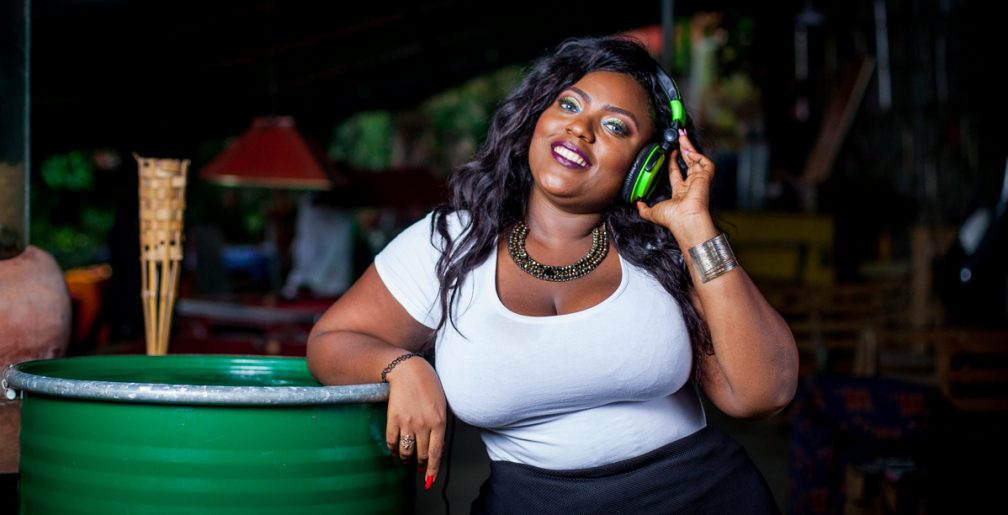 Bubbly radio and TV host/ producer, A.J. Sarpong has left the EIB Group to join Citi FM. She had her last day at GH One Television and Live FM on Monday and starts works at Citi FM from Tuesday. She joins the Citi FM breakfast show team with Bernard Avle and Richard Skye. She will also get to host TV shows on the yet to commence TV station from the owners of Citi FM. A.J Akuoko Sarpong made the move after several efforts to retain her at  EIB, including an offer to raise her salary and other offerings. She dropped hints of the move in the post on Instagram saying, “Blessed and Thankful for New Beginnings” https://ameyawdebrah.com/caroline-sampson-bring-ladies-together-girlfriends-saturday/ AJ Sarpong was host of a daily entertainment segment on Starr FM’s Mid-Morning show, The Zone with Naa Ashorkor and also on TV with Kafui Dey and Baisiwaa on GH One TV’s morning show. She  as well hosted GHOne’s telenovela show ‘Revenge Live Chat Show’. She is also a writer, with a quarterly Column “Gisting with AJ” in Glitz Africa Magazine where she speaks her thoughts on events and about the entertainment industry. AJ who is also a professional MC for events, has hosted many exciting events such as the DSTV I Factory showcase, The Cake Fair, The Makeup Revolution events, the Launch of the Bartenders Association of Ghana and so much more. AJ Sarpong  is an ambitious, driven and focused Lady herself, who is able to do it all and do it very well. Born Nana Adjoa Akuoko-Sarpong, she is the last child of Traditional Ruler and Political stalwart, Nana Kwame Akuoko-Sarpong, the Omanhene of Agogo Traditional Area. She just completed her Master’s Degree course at the Ghana Institute of Journalism and will soon be graduating with a Master’s Degree in Journalism and is also a University of Ghana Political Science and Theatre Arts graduate. She is an accomplished Stage Actress, and is set to appear in a new stage play from April Productions this November and has also ventured in to Television acting recently as well and will soon be on our screens in a new exciting project showcasing her acting skills.]]>

A Davido, Kelvyn Boy collabo could be on the way. END_OF_DOCUMENT_TOKEN_TO_BE_REPLACED

Eyinatayo Iluyomade, a 19-year-old Lagos-based comedian, has been arrested and charged to court for saying an expensive joke. END_OF_DOCUMENT_TOKEN_TO_BE_REPLACED

Despite the public not being privy to the romantic life of Ghanaian actress Salma Mumin, she has revealed her heart has been broken several times. END_OF_DOCUMENT_TOKEN_TO_BE_REPLACED

The Lioness of Africa, Wiyaala and the King of African Dancehall, Shatta Wale on Saturday, August 13, 2022, rocked the Summer Stage in New York City. END_OF_DOCUMENT_TOKEN_TO_BE_REPLACED

Legendary Ghanaian rapper, Tinny has descended heavily on Stonebwoy and Mercury Quaye over some comments they had made on radio concerning the confiscation of his car. END_OF_DOCUMENT_TOKEN_TO_BE_REPLACED