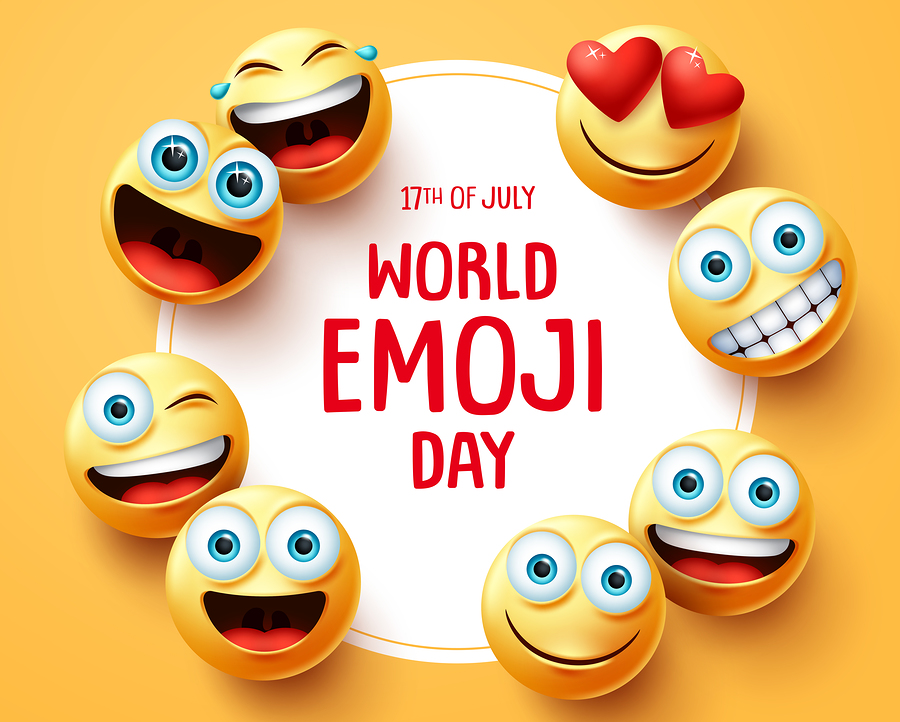 On 17 July, we are celebrating World Emoji Day, and what better way to spend the day than with entertainment that evokes some of the emotions associated with our favourite emojis? World Emoji Day is an unofficial holiday celebrated on 17 July. The day is deemed a “global celebration of emoji” and has been celebrated annually since 2014.

The first ever emoji was created by Shigetaka Kurita in 1999 as part of a team working on a mobile internet platform in Japan where he distributed the first 175 pixel emoji’s.

Following the release of Apple’s iOS6 the emoji keyboard has revolutionalised texting.

Whether you’re feeling the love and seeing hearts or having a thumbs down kind of day, we have a show to suit any mood. Take a look at the shows below and let emotion take over.

Follow all of the excitement and drama of planning a wedding as engaged couples share the final steps on their journey to saying “I do” on the hugely successful Our Perfect Wedding Kenya, airing on Thursdays at 4:30pm on, Maisha Magic East, DStv channel 158 .

Tired of her mother’s poor taste in men, Holly takes it upon herself to find her mom The Perfect Man. She creates a secret admirer for her mother, but things soon spiral out of control. Will her plan work? Find out Saturday 18 July at 3:30pm on M-Net Movies Zone, DStv channel 139 and 9:35am on GOtv channel 103.

After her husband’s death, Urmi is forced to raise her children single-handedly. Unfortunately, besides the struggles of being a single parent, her mother-in-law blames her for his death and continuously harasses her. Follow Urmi’s journey on Lies of the Heart, every day at 8:00am on Zee World, DStv channel 166 and GOtv channel 125.

We take a break from all the drama with the ultimate dance mix. Bring the party to your living room with your favourite DJs on Turn Up Fridays every Friday at 7:00pm on Africa Magic Urban (DStv channel 153) and Africa Magic Family (DStv Channel 154) and GOtv channel 102.

Shows that kids can watch without parental supervision

It’s time to take a break from all the seriousness and spend some time with everyone’s favorite racing car Lightning McQueen. In Cars 2, McQueen and Mater travel around the globe in a fast-paced adventure that will have the family in stitches. You can catch the action on 18 July on M-Net Movies All Stars (DStv channel 111) at 2:00pm.

Science Max takes kids on a journey of discovery as they take a look at the science behind everyday things – and the not so everyday things. Topics include biology, ecology, physics and chemistry. Unleash your inner scientist, Saturdays at 1:05pm on Da Vinci (DStv channel 318) and 11:05am on GOtv channel 157.

So, take in all of the colourful emojis this World Emoji Day with DStv and GOtv- where there is a show for every mood.

Enjoy your favourite shows on the go with the DStv Now app . Update your details, make payments, and clear error codes with the MyGOtv and MyDStv apps available on Google Play and the App Store.