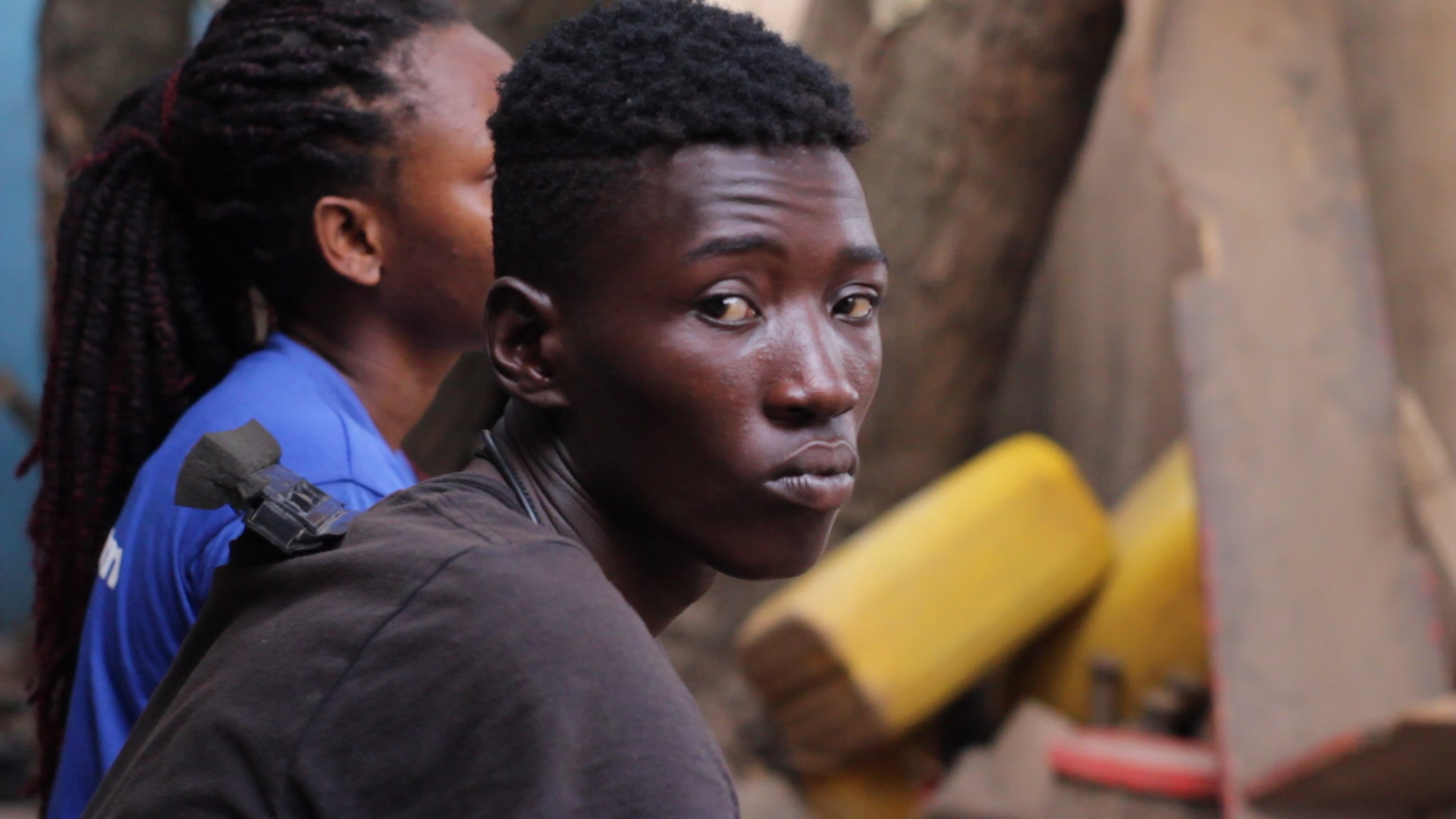 Street children have taken a strong hold in the capital and across the nation but most especially Accra. Benabi Discovery is well known in tackling streetism in Ghana.

Let’s delve into the story of Ali Mohammed, a street boy who happened to be interviewed by Benabi Discovery, a humanitarian advocacy media outreach.

Just like any upcoming kid with big dreams, Ali Mohammed got his dreams shattered at some point as a result of his unwise decision to hang about the street, and be making a living.

Ali Mohammed, from the previous interview said he lost both parents in an accident and ended up having his Auntie as guardian. Truth be told, he has seen and done more than enough at his tender age. The hustle as windscreen cleaner at Opebea enclaves in the capital region.

Ali, honestly agreed to his greedy nature and quest to amass wealth overnight to the extent of using “juju”, (an African incantation) to charm his victim in receiving fifty thousand Ghana cedis cash (50,000ghc). He couldn’t use the money profitably. All he did was to go on wastage sprees. He wasted money on all sought of social vices. From engaging in drugs to patronizing of prostitutes and lots more.

Ali is one of numerous young souls on the streets. Kasoa, where Ali resides is a haven for business mixed with criminality and all forms of social vices.

From the story, you can see, that Ali’s Auntie seem to be on the receiving end as well. Ali keeps his “hustle goodies” with her. Other than that, one wouldn’t understand why she would not make efforts to take him off the streets. As guardians, we are responsible to the welfare of our “adopted children”.

Society also needs to highlight on this trend, that with the message that “children are not money making machines. Take a ride through the capital and check out the number of children begging and engaging in all sort of life threatening businesses and petty trades.

Ministry of gender and children’s affair, ministry of interior, ministry of culture and Chieftaincy, this is right in front of your corridors my learned folks.

Rise up oh Africa, let’s hold each other’s “hands” for the life of innocent kids with promising future is at stake here.

Ali Mohammed practices wizardry and fraud at his tender age. That brings our gaze on the so called “mallams” and all of this fetish people, hiding under the cover of darkness with a guise to give wealth and all that the soul lust after.

Attention district and metropolitan chief executives, let’s rise up and clean our towns off this wicked and evil folks. Thank God they have been banned from screening via our media houses.

How can the Nation fight “evil” with “evil”? Ali Mohammed and most of his colleagues got trapped by this so called “con men” called spiritual helpers.

It is rather unfortunate a young boy at Ali’s age should undergo this painful, and risky venture called “street Hustle”. They even have “market days” as well just like market women.

Displaying and risking their lives just to make a living.

Governments across the West-African sub regions and Africa as a whole, should make conscious efforts in curbing this social canker.

Juvenile schools and training workshops need to be set up in all of our regions. As Ghanaians have been privileged with free education, street boys should equally be incorporated into this social intervention.

It’s a pity for Ali Mohammed and his fellow street mates out there, abused, victimized and rejected by some folks within the country.

Let’s save a soul.

Related Topics:Ali Mohammed
Up Next