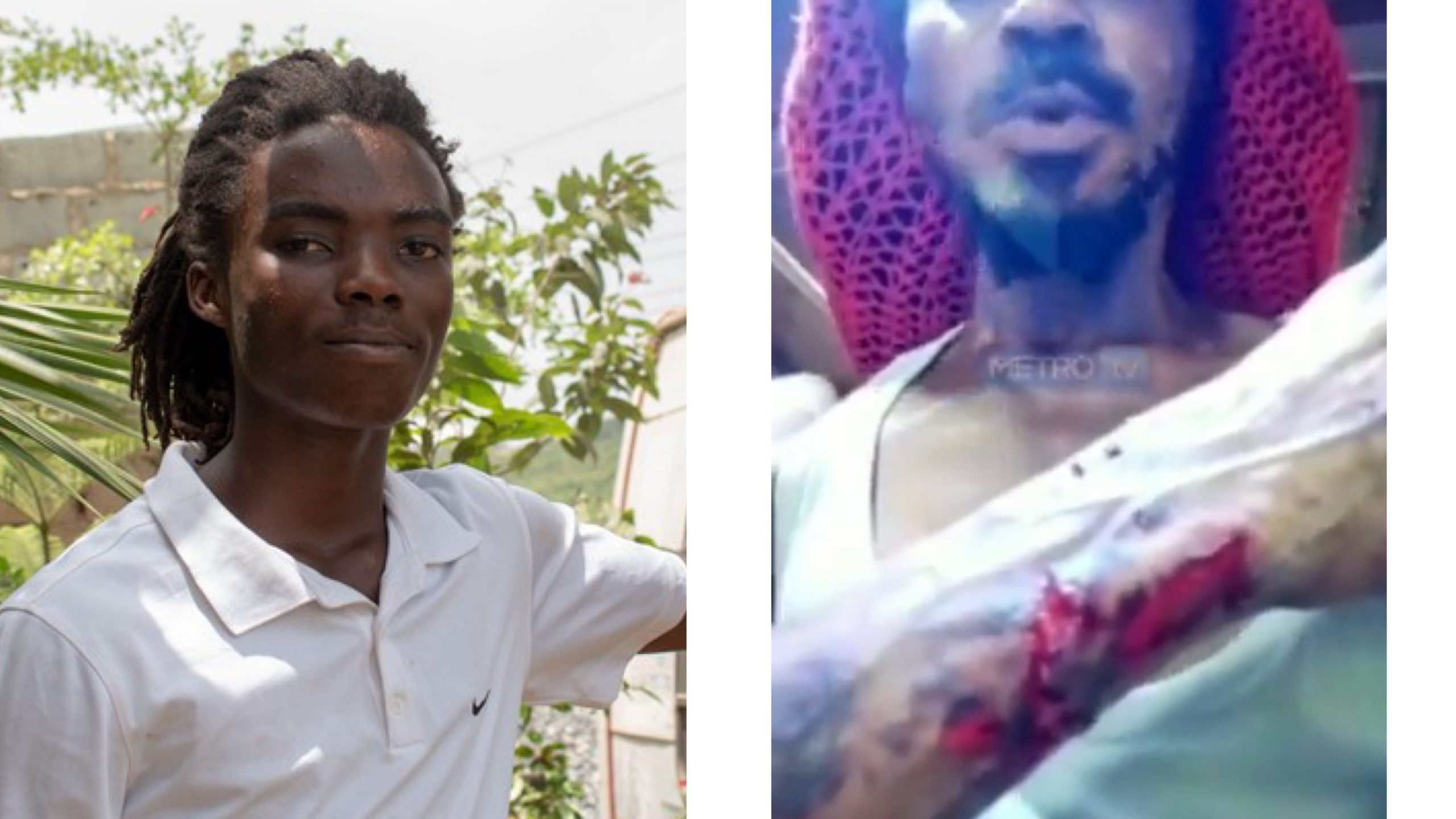 According to Mr Marghuy, he has been receiving all forms of physical abuse from his son, and now, he is telling the world about it.

Tyrone Marghuy became popular after he and one other guy were refused admission by Achimota School because of their hair (Rasta).

In a video posted online, Mr Marghuy explained that Tyrone had damaged his younger sister’s tablet, which led to an argument.

Tyrone and his sister had planned to take the tablet to the repairer and when he went in to step in, Tyrone unplugged the charger of the tablet and beat him up.

Mr Marghuy says this is not the first time Tyrone has physically abused him, he’s been doing it for years and his mother tolerates it.

Highly Spiritual Music signee, Lasmid, has stated that he wasn’t expecting his song “Friday night” to reach such great heights within a short time frame. END_OF_DOCUMENT_TOKEN_TO_BE_REPLACED

The 2023 African Cup of Nations, AFCON initially scheduled for Côte d’Ivoire next June will now be held in January and February 2024 due to the concerns over the rainy season in the country. END_OF_DOCUMENT_TOKEN_TO_BE_REPLACED

Bose Ogulu has told her son Burna Boy to “tone down the madness” as she celebrated his birthday. END_OF_DOCUMENT_TOKEN_TO_BE_REPLACED