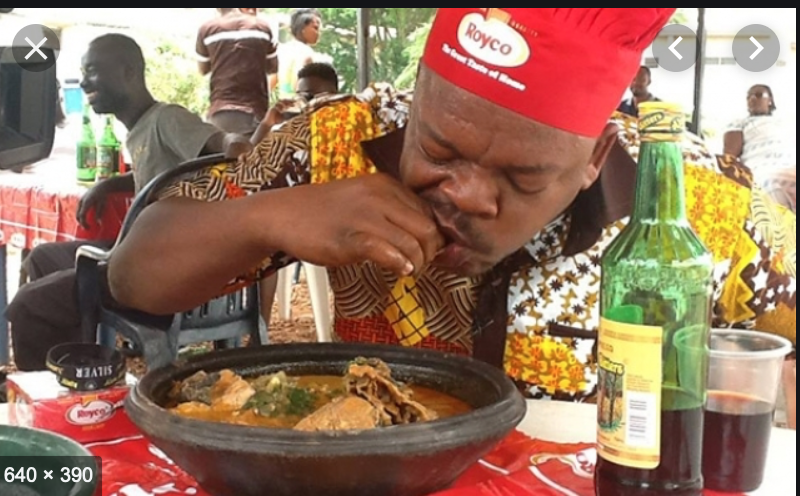 The ban on celebrities endorsing alcoholic beverages by Food and Drugs Authority (FDA) has clearly affected a lot of celebrities and one aggrieved personality is comic actor Kwame Dzokoto who says it is the reason why he is no longer in the media.

According to Kwame Dzokoto, who has advertised alcoholic beverages in the past and was the host of popular show, Edziban on TV3, the decision is biting hard but there is no one to speak for them.

“I decided to leave the media since no one is speaking for us. Although I made a lot of money from advertising alcoholic beverages, I just decided to stop this media thing and try my hands at a different thing.

“If no one is fighting for us what’s the point in still being in the media,” he told Agyemang Prempeh on Power FM last Saturday, January 18.

Kwame Dzokoto revealed that he was currently studying law to deal with issues of this nature. “Since no lawyer is interested in fighting for celebrities to endorse alcoholic beverages I am taking it upon myself to pursue law and deal with such issues.

“Who determines who a celebrity is? Would FDA say Maame Dokono (Grace Omaboe) or Mac Jordan Amartey should be charged for advertising alcoholic beverages when indeed those under 18 years might not even know them?

“I think the law must be tested, anyone just takes a decision and it is final. Trust me I will be contesting FDA on their decision,” he said.

Kwame Dzokoto questioned why it seemed acceptable for young people to get involved in betting but celebrities cannot advertise alcoholic drinks.

“We have a lot of betting companies in Ghana and our children are going wayward but authorities will not see this and will rather ban celebrities from endorsing alcoholic beverages,” he stated.

Sista Afia on relationship with Kelvynboy: ‘he’s just a talented kid I love to work with”

Ghanaian rapper, Okyeame Kwame has opined that the new crop of rappers in the industry are far “better” than him and others who have been in the game for two decades. END_OF_DOCUMENT_TOKEN_TO_BE_REPLACED

Ghanaian rapper, Sarkodie may be gearing up to speak against the governance of the nation by the ruling New Patriotic Party (NPP). END_OF_DOCUMENT_TOKEN_TO_BE_REPLACED

Ghana’s social media has been buzzing after a video showing a young  Ghanaian in police escort to go and buy a burger went viral! END_OF_DOCUMENT_TOKEN_TO_BE_REPLACED

Broadcast Journalist at Metro TV, Bridget Otoo has come after employers who fail to pay their workers, yet live lavishly. END_OF_DOCUMENT_TOKEN_TO_BE_REPLACED