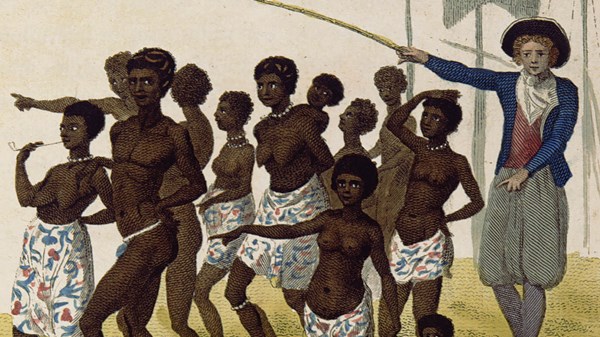 No matter how we try to patch it up and put slavery behind us, it stares right in our faces every day. You might ask how slavery is still active? And even argue about how it has been abolished; well whenever a dark-skinned person picks a lightening lotion to brighten up her skin, she is still a slave. Yes, I said it! The people who were transported across the ocean were brainwashed into believing there weren’t good enough, they are nobodies; basically, their identities were taken away from them.

Even though the Civil Rights movement fought for equality, there is still slavery going on, even though Black people in America are “free”; that freedom is debatable, the family systems in most Black communities have been under attack, most Black male kids have no role models to look up to, their dads are either in jail or dead. The Black community in the United States Live in such poverty and it seems like a very vicious cycle which isn’t getting broken anytime soon; We are still in bondage people and we need to break ourselves free. We can only fight for our freedom if we break away from having a ‘slave mentality, you are good enough, you skin is beautiful, you will not be a statistic, you don’t have to go to jail to be ‘Black’. It is sad when most Blacks think having a hard life justifies them being Black. No, it doesn’t, you are still in Bondage, fight for you total freedom. Change your mindset, and understand that you are enough and deserve better, having a positive mindset and outlook is a battle half-won.

Our African leaders need to do better, the greed and selfishness needs to stop, Africa is our continent and the individual countries is our Homes. Our leaders need to do better, we are tired of being immigrants and foreigners in other lands. We have been disappointed enough and it needs to STOP!!! Black People all over the world need to do United and Change our way of thinking. We are worth it! Brake free off that slave-mindset, love your skin and love your brother..

How to Help Your Teenager with an Addiction