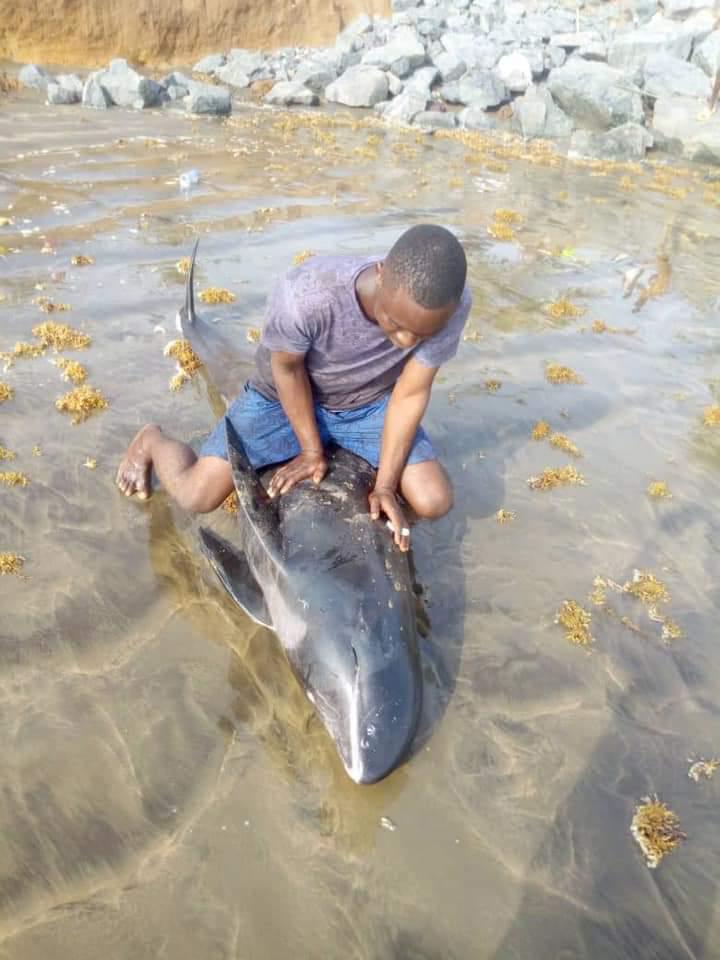 Over the weekend, news went rife on how hundreds of dolphins and some other fishes had died on the sea shore of Ghana, leaving the people in those environs in fear and panic. This happened in the Western Region of the country.

The Environmental Protection Agency, the Ministry for Fisheries and Aquaculture and the Ghana Food and Drugs Authority, subsequently released a statement cautioning the general public to desist from buying any cheap and suspicious fishes from these areas. It is worth noting that the Ministry has called for immediate investigations into the matter, on what actually caused the sudden death of these deep-sea fishes. In this article, I will like to share with you some possible reasons that might have cause this unfortunate incident.

Agriculture remains the most sensitive sector for every nation. It has and is continues to contribute immensely to the world economy, and by investing in Agriculture, there is a chance and a higher possibility of saving millions of people in the coming years. According to researchers, the amount of food the world consumes everyday has put agriculture on a higher pedestal. In the western world, agricultural business is life, and they pay much more attention to nature.

The agricultural sector in Ghana lacks concrete and a long-term developmental plan and ideas to solve the major challenges they face in the country. What happened to these fishes would require a thorough investigations by the authorities. Was the sea poisoned? Majority of the people in the area believe the sea is not treated well, thinking it may be the cause of some unscrupulous people, who always fight for their stomach. This statement may seem so true, because demersal fishes like the dolphin lives on or near the bottom of the sea floors and for us to see them dead on our shore, is unthinkable.

There are strictly benthic fishes that rest on the sea floor and benthopelagic who can float in the water column just above the sea floor. All these fishes have been affected and with some been extinct.
Was it a disease outbreak? Disease could be a major factor here. Maybe, pandemic crashing the sea. Some diseases are zoonotic, meaning, it can be transferable (can be transfer to humans). This could be very dangerous, if it is found to be one. The Erysipelothrix, Campylobacter, Aeromonas, Vibrio, Edwardsiella, Escherichia, Salmonella. These diseases can cause serious illness in humans. But in all these, what may be worrying is whether some of these fishes have found their way to land in our markets and on our tables. If so, would it be traceable? Sadly, no. Because there is no system put in place to check on the kind of foods that come in and out of our markets, and if there is, it only works in the supermarkets and malls. Has the agricultural sector fails? Well, that would be another topic for discussion.

It is quite unfortunate as a country to wait for such terrible incident to happen, and write a nice report on that. Where are the Marine Corps? Where are the monitory and evaluation team? When was the last time we reviewed the fishing laws in the country?
Hmm Y3nsempa.

Related Topics:dying fishes
Up Next