Fella Makafui reveals new business project, Medikal pledges support[/caption] For weeks, Ghanaian actress and entrepreneur Fella Makafui has been putting followers in suspense on her new project with ‘SOON COME’ and even offered to reward followers who are able to predict correctly what the project was about 1,000 Ghana cedis. Which many saw as a subliminal shade to the cash reward for Sister Derby’s #KakalikaChallenge.Taking to her social media accounts, the YOLO star introduced her soon to be opened restaurant “Spiced By Fella” and gave more details about the project. https://www.instagram.com/p/BqrbFrlAb4X/?utm_source=ig_web_copy_link Many celebrities and fans flooded the comment section to show their support and congratulate Fella on her new venture. But taking his support for his new found love a notch higher, Medikal took to his Instagram share some interesting news to his fans 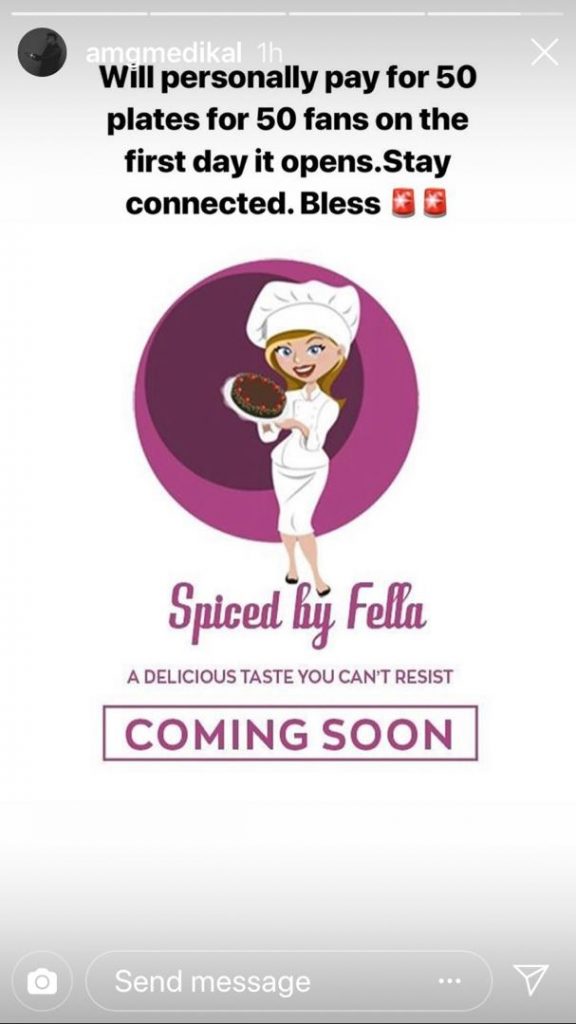 Fella Makafui reveals new business project, Medikal pledges supporthttps://ameyawdebrah.com/medikal-and-fella-makafui-are-behaving-like-nursery-and-daycare-kids-veteran-music-producer/ Having starred in less than 10 movies, Fella Makafui seems to be worth millions from her luxurious cars, to the seven-bedroom she is putting up for her mom. This is the primary reason why many people question her source of wealth but the CEO of FM Group which ranges from a beauty line, clothing line, winery, delivery service and yet to be opened restaurant proves to critics she is deed the she is the “KING OF QUEENS” https://www.instagram.com/p/BqF2TI3AfeU/?utm_source=ig_web_copy_link    ]]>

Is this photo proof that Princess Shyngle had surgery?