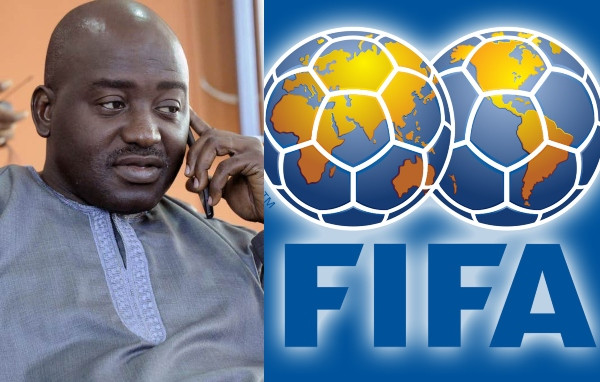 Former President of the Liberian Football Association Musa Hassan Bility was on Wednesday handed a 10-year ban by FIFA over corruption, including misuse of funds meant for Ebola awareness campaign.

Investigation into the illicit activities of the executive committee member at the Confederation of African Football (CAF), began in 2018.

FIFA in a statement on Wednesday 23rd July said Musa Hassan Bility was found  “guilty of having misappropriated FIFA funds as well as having received benefits and found himself in situations of conflict of interest, in violation of the FIFA Code of Ethics.”

The Ebola awareness campaign with top football stars started off in November 2014, near the peak of a pandemic that killed more than 11,000 people across Liberia, Sierra Leone and Guinea.

The Ex-Liberian football chief was also found guilty of diverting money sent to LFA by FIFA, to businesses controlled by him or his family.

Asides being handed a 10-year ban from all football administration roles, Bility will face a fine of 500,000 CHF (about $507,150). He had previously attempted to run as a candidate to replace FIFA’s disgraced former president Sepp Blatter, but was knocked off by Gianni Infantino after failing to pass integrity tests.

Ugandan pop star Bobi Wine to run for president in 2021

Ghanaian rapper, Okyeame Kwame has opined that the new crop of rappers in the industry are far “better” than him and others who have been in the game for two decades. END_OF_DOCUMENT_TOKEN_TO_BE_REPLACED

Ghanaian rapper, Sarkodie may be gearing up to speak against the governance of the nation by the ruling New Patriotic Party (NPP). END_OF_DOCUMENT_TOKEN_TO_BE_REPLACED

Ghana’s social media has been buzzing after a video showing a young  Ghanaian in police escort to go and buy a burger went viral! END_OF_DOCUMENT_TOKEN_TO_BE_REPLACED

Broadcast Journalist at Metro TV, Bridget Otoo has come after employers who fail to pay their workers, yet live lavishly. END_OF_DOCUMENT_TOKEN_TO_BE_REPLACED