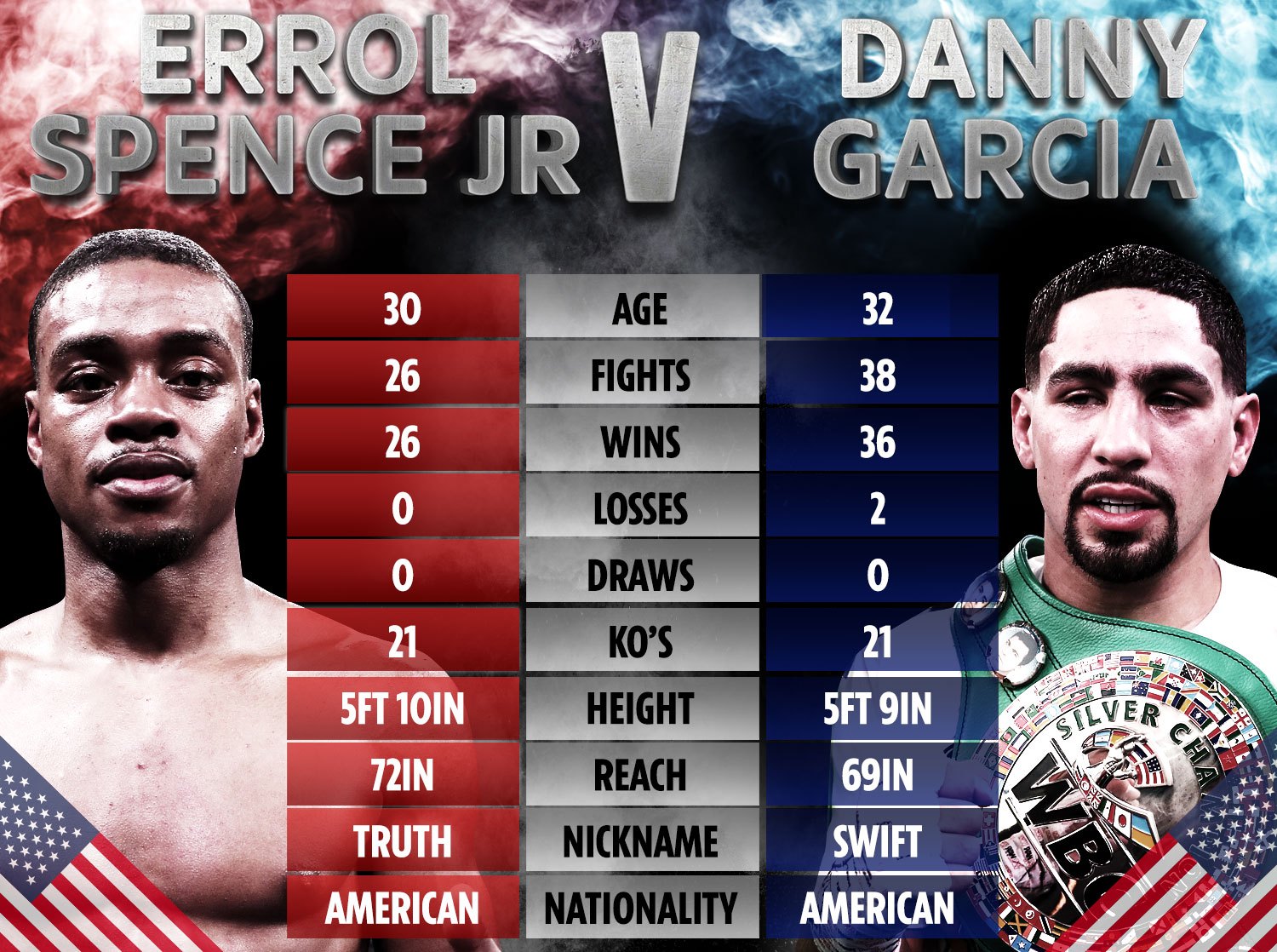 Having walked away from a horror car crash last October, fighting must seem like the easy part for double champion Errol Spence, who flipped his Ferrari and suffered severe facial injuries, although he has recovered to the point where he believes he can box just as well as ever.

SuperSport viewers on DStv Ghana can look forward to world class boxing action this coming weekend, as Errol Spence Jr puts his World Welterweight Championship on the line with a bout against Danny Garcia at the AT&T Stadium in Arlington, Texas at dawn on Sunday 6 December 2020. And while you’re on the move, you can renew your DStv Ghana accounts and stream all the bouts on the MyDStv App.

Despite claims of being among the top three pound-for-pound fighters in the sport, Spence has still opted for a tough comeback in the shape of Garcia, who has held championships in two weight classes and is one of the toughest welterweight contenders on the block. Garcia is a handful for any of the boxers in the talent-laden division and even his two losses were razor-thin decisions against elite-level opposition.

He frequently hasn’t gotten credit for his accomplishments and so he doesn’t worry about it. He believes Spence wouldn’t have taken the fight were he not healthy and ready to show his skills. “That doesn’t concern me at all,” Garcia said of fighting Spence in Spence’s first bout since the accident. “At the end of the day, I’ve been training hard and I’ve been preparing myself for the best Spence. That’s all that matters to me. My job is to win no matter the circumstances.”

Spence is that rarest of boxers; a fighter who can do anything: box, punch or slug, even with the best in the game. Unbeaten in 26 outings, he’s scored 21 stoppages along the way, having beaten several top-quality men, among them Shawn Porter, Mikey Garcia and Kell Brook.

Garcia will come in the smaller man, but he’s a smart, experienced boxer who will make Spence pay if he is in any way under-prepared for what is shaping as a compelling showdown.

“I picked Danny Garcia because he’s a tough opponent with a granite chin. He’s always in tough, close fights. He’s going to bring the best out of me,” said Spence at his recent virtual media workout. “If I took a tune-up fight, I wouldn’t be as focused or dedicated as I am right now. I know Danny’s dad is pushing him to take my belts in my hometown. So I’m staying focused to make sure that doesn’t happen.”

On the bill will be Super welterweight sensation Sebastian “The Towering Inferno” Fundora will face former title challenger Habib Ahmed in a Super Welterweight Title Eliminator as the co-main attraction. All-action contenders Josesito “The Riverside Rocky” Lopez and Francisco “Chia” Santana square-off in a 10-round welterweight featured affair. Mexico’s Eduardo Ramirez takes on featherweight contender Miguel Flores in a WBC Featherweight Title Eliminator to kick off the broadcast.

No rival can compete with SuperSport’s coverage. Our viewers on DStv can see all see all the best boxing action from around the world. Visit www.dstv.com to subscribe or upgrade, and join in on the excitement.

Related Topics:Spence Jr vs Garcia
Up Next