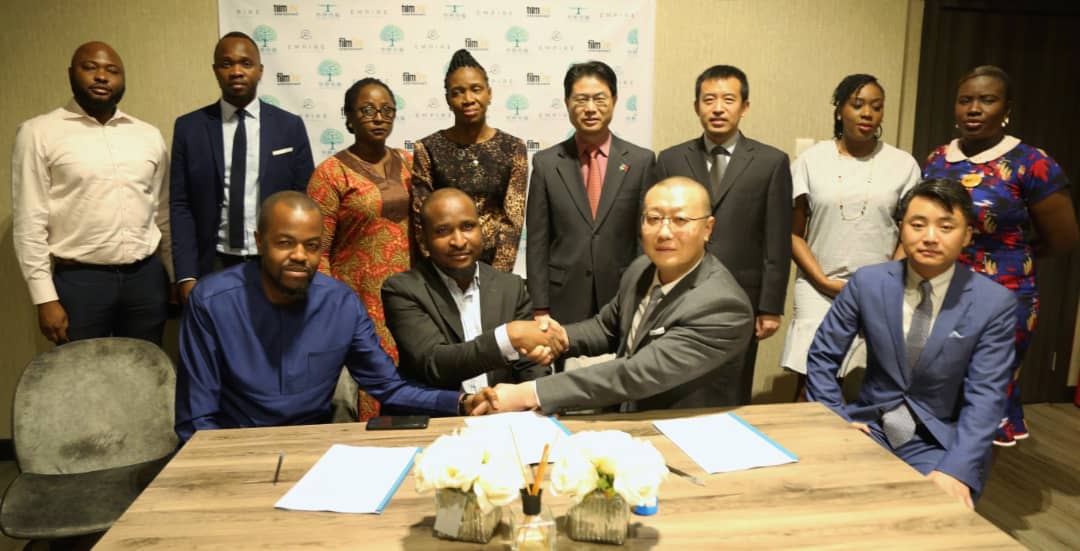 FilmOne Entertainment today announced the launch of the first-ever international capital fund created specially for investment in a slate of Nigerian films.

Core investors in the fund are Huahua Media, a Chinese company known for investing in Godzilla: King of the Monsters, Transformers: The Last Knight and Star Trek Beyond, as well as AY’s next movie, 30 Days in China, and Empire Entertainment (South Africa), a leading African distributor representing major Hollywood studios and a host of leading independent studios and producers. Both companies will assist in identifying the films with the most potential for theatrical release and box office success in global markets.

Consul General Mr. Chu welcomed the new development. “This is the very first film fund between Chinese and African partners, signalling a growing interest in Nollywood by China and the international film community. We welcome this partnership between Chinese and African companies, as they seek to increase the number of premium Nollywood films being made, by providing filmmakers with bigger budgets and technical advice to improve the quality of their films.”

Moses Babatope, Managing Director, FilmOne, is excited about what the fund means for the Nigerian film industry. “This is the first of many investments being planned by Huahua, Empire Entertainment (South Africa) and FilmOne, to take Nollywood to a much higher level of production quality and global appreciation of our content. Our filmmakers have the talent, but lack access to the capital that would allow them to produce the movies they dream about. This fund aims to change that paradigm by partnering with them, to provide the resources they need to make better films, and create more jobs and opportunities for other creatives.”

Mr Babatope also gave credit to the Nigerian government for the ease with which the visit of Huahua executives was made possible, as well as the support of the National Film and Videos Censors Board. Further announcements will be made regarding the slate of films to be funded.