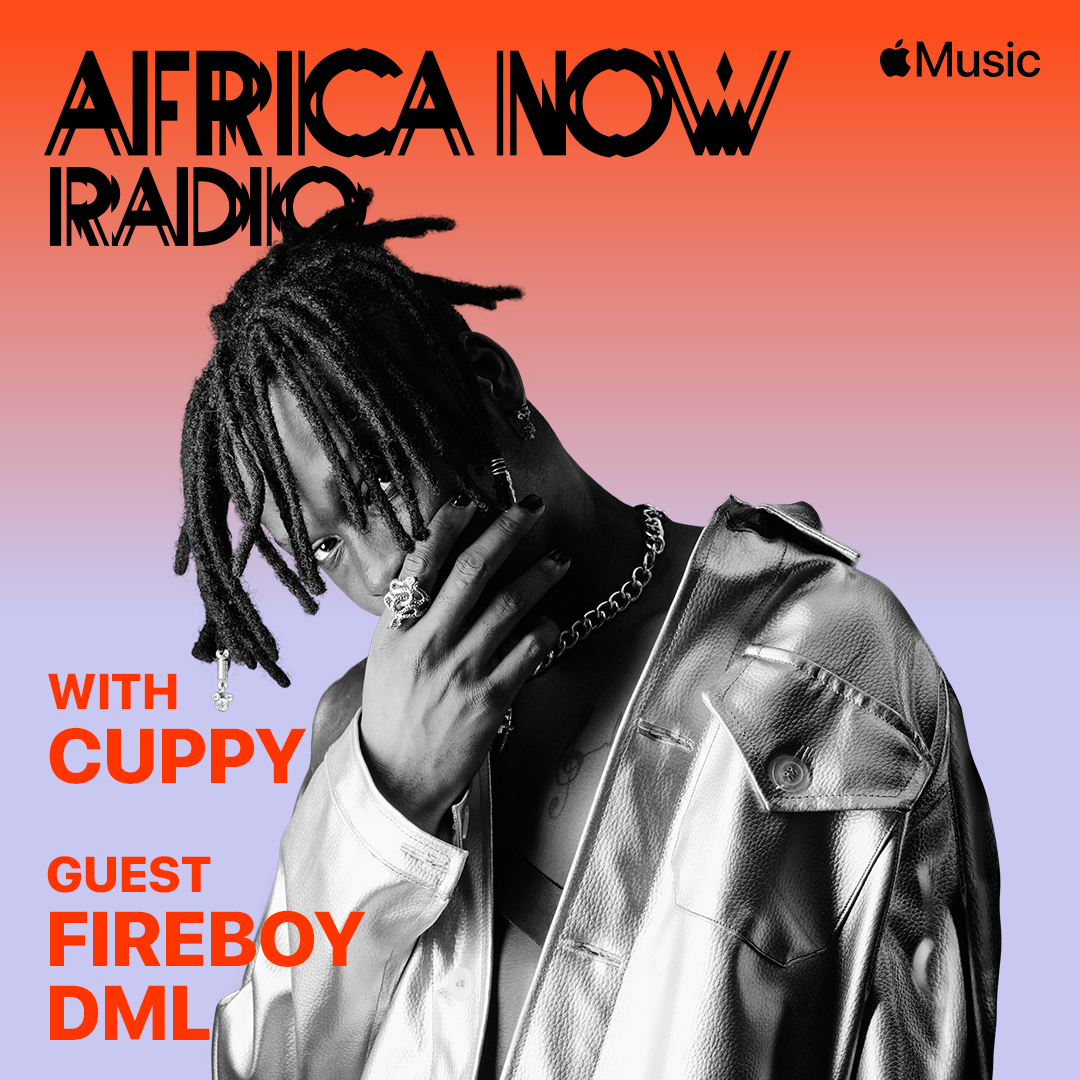 This Week’s Episode Features a Conversation With Fireboy DML, the 5 Hottest Tracks of the Week and Nandi Madida’s Favorite African Proverb!
Tune in to Africa Now Radio With Cuppy This Sunday, August 16h at 2p Lagos/London / 3p Johannesburg/Paris / 6a La / 9a NYC
Only on Apple Music

Africa Rising
Ghanaian newcomer Twitch 4EVA is this week’s Africa Rising artist, a campaign which shines a light on the next generation of African superstars.

Proverb of the Week
South African singer, actress, model and TV presenter, Nandi Madida, shares her favorite African proverb: “Who was she and what did she do? She was herself and she did it all”

Mini Mix
Cuppy finishes this week’s show with a special Burna Boy mini mix to celebrate the release of his new album ’Twice As Tall.’

Tune in and listen to the full episode this Sunday, August 16th at 2p Lagos/London / 3p Johannesburg/Paris / 6a LA / 9a NYC only on Apple Music at apple.co/_AfricaNow

Fireboy DML Tells Apple Music About His Collaborations
I think I’ve had two collaborations out so far. “Ogaranya” with Reminisce and “Wickedest Wyne” with my friend Cracker Mallo. Two beautiful songs, and I just wanted the fans to just relax and I know that, okay, I’m not going on this solo run forever. There are collaborations and I’ve been working with people! And of course, “Feel Good” from the ‘Original Copy’ album is coming out. So much stuff for the fans. I’ve been working with a lot of people and of course on my sophomore album, I collaborated too. So, the fans will be relieved to hear that. It’s not just a solo album once again. I’ve got a whole lot of stuff lined up for the fans, and collaborations, I’ve got that sorted out. They’re good to go. This year and beyond, man, we are collaborating because there’s so many talents out there that I need to work with.

Fireboy DML Tells Apple Music About His Relationship With Olamide
Olamide is such a man. He’s a business man, he’s a father figure, he’s so principled. Sometimes his presence is just enough. Sometimes it’s just a few words he has to say to calm me down. He knows the right words to say. He knows when he’s needed and when he just needs to be in the background. I mean, right from the beginning, he has always made it clear that, “You know what? I’m not just a CEO. I’m also your business partner.” That mentality has been with me from way back when we just started. He’s shaping me. He’s my mentor. He’s shaping me to becoming someone of worth in industry. He’s a very cool-headed person, straightforward, very honest, doesn’t talk too much, easygoing, and he respects people a lot.

Fireboy DML Tells Apple Music Why His New Album Is Called ‘Apollo’
I’ve always been a fan of Greek mythology since I was a kid. I was a nerd, always reading about this Greek mythology stuff. So, I have become a fan since. So, I think this album is just different from my debut album, ‘Laughter, Tears and Goosebumps.’ And when I dropped the album, I just made music and just put it out there, and then the fans… it’s a big deal, they almost put it on some pedestal. And I feel like the fans kind of made it… they kind of worshiped the vibe. So, I just felt, “Well, I feel like I’m in some god mode right now.” So, that’s the mood I was in when I was making my sophomore album. Basically, ‘Apollo’ is the god of music, poetry, muses, and stuff, so that’s just where the inspiration comes from.

Nandi Madida’s Shares With Apple Music Her Favorite African Proverb
For all people of all colors, to embrace the fact that they’re unique and authentic. I love this quote, it goes, “Who was she, and what did she do? She was herself, and she did it all.” Remember to be yourself and do it all because you are beautiful. You can only be yourself. So, thrive in being authentic.

Nandi Madida Tells Apple Music About ‘Black Is King’
I have to tell you that what I took most from that is the fact that Beyonce is the most humble, kindest, most beautiful human being first. Because I think, and I think if anything lockdown has taught us, that it’s the human experience with people. And that’s what I took away from the project. Besides the fact that we had so much fun and everyone’s almost like family now. It’s more important for me to have the human experience from anyone, no matter how big of a superstar you are. And hands down, the sweetest human being. I know anyone who’s come across her will say the same. She is just incredible. And I have no words. If anything, I was just in awe of how beautiful she is and her spirit. So we had a great time. And then of course, the whole world has been buzzing about it. I hope it gets every award because she and the whole team deserve it. Yeah. It was such a beautiful experience.

Related Topics:Fireboy DML
Up Next