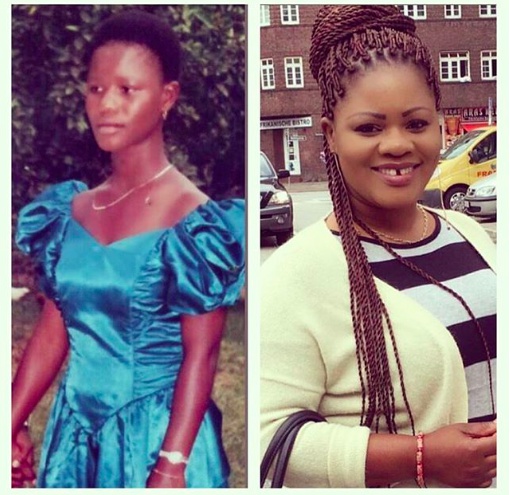 Before she became a multiple-award winning gospel singer, and even changing her name from Christiana Love, Obaapa Christy as she is now known was just another adorable young girl.  This is a photo of her back in the day for #FlashBackFriday today. Clearly she has not changed much! Meanwhile Obaapa  has disclosed on the Celebrity Ride show that she has many cars parked at home but hardly brings them out. She said that she loves the car the founder and leader of Glorious Wave church International, Prophet Emmanuel Badu Kobi gave to her hence her decision to drive it around town. Giving reasons for constantly driving only the Hyundai Sonata given to her as gift, Mama Christy opined that she feels safe in the car because she believes the Holy Ghost is with her since the car was presented to her by a man of God. The ‘Hyebre Sesafo’ hitmaker further stated that she is praying to God to give her a new car. Prophet Emmanuel Badu Kobi of the Glorious Waves Church International on Sunday, November 1 2015, surprised Gospel musician, Obaapa Christy with a 2014 brand of Hyundai Sonata saloon car as a gift.]]>

Related Topics:Obaapa Christy
Up Next

Listen: Woman says Prophet 1 impregnated her several times and made her abort them