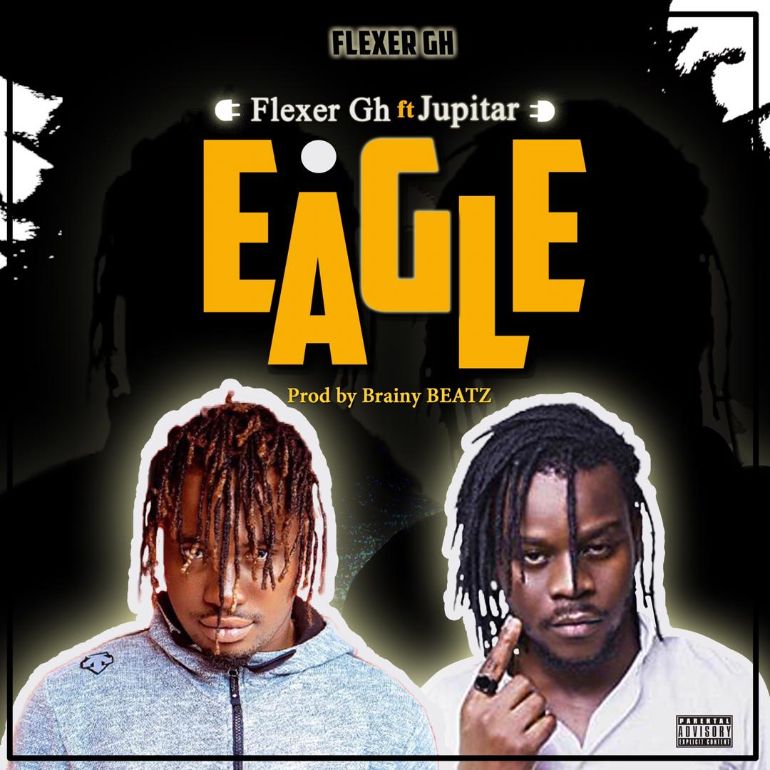 The single which we just took a listen to shows off the sensational talent of Flexer Gh whom Ghanaians are yet to give a chance to but who obviously has all the tools to succeed. Flexer Gh ft Jupitar – Eagle [Download]

Sedrick Ahiamadia also known as Flexer Gh was born on the 16th August 1993 in St Anthony Hospital Dzodze (Ketu North District) in the Volta region of , Ghana .His the son of a couple from the Volta Region (Dzodze And Akatsi), his parents are Thomas Ahiamadia, business man and Evelyn Agbavor a business woman .

Flexer Gh attended Firm foundation senior high school at Sapieman off Nsawam road, a suburb in Accra, where he demonstrated love for football and love for helping upcoming artist. Growing up, he hustled on the street of Accra during his earlier years and that make him strong and fearless ahead his battles in life. In a discussion, Flexer stated that he did never enjoy parental love and care at the early stages of his life because of personal reasons he would not disclose much about it . He state the street has always been my home and I have slept in Internet cafes , under ques wake up and go to school but never lose hope.

As a child, his brother Edem who was an ewe rapper introduced him to music as a rapper but later his friends introduced him to raggae dancehall music by playing nice tracks from culture ninja man Bennie man and others . His intense passion to do dancehall music made him lose interest in rap , Flexer lived in all the streets  in Accra just to survive: “They were many times I spent days without food. People took advantage of me on the street (Police brutality) .Some tells lies about me but at the end God defends me . I have been through all the hustle in life. I am thankful to God for a bright time like this . If a prophet ever told me then a day like this would come . I would have never believed,” he comments.

His musical career began firmly during his hustling days on the streets of NBT suburbs of Accra .Where he performed on the streets and won the heart of his people. He has been addressed as the demon of God because of his ways his style of music and his deep prophecies that he gives that always comes to pass . After secondary school, he took time to work on his business and got the chance to perform In some night clubs in Dubai .Firmly achieving street credibility Flexer Gh is also addressed as king of the boys , the eagle or the tiger of the night and day . He gain recognition with his hit singles, “Badness and also eagle which he featured Jupitar.

Flexer stand for the young and upcoming musicians in Ghana. He seeks to give them a better future and a good place within the Ghana music industry.

In fulfilment of this dream, Flexer Gh created a group named (UMU) Up Coming Musicians Union to help enable the young up coming artistes who have the talent but lack the support to get funds from the music industry Flexer Gh has decide to re-brand his style and himself after he stepped out of the music cycle to concentrate on his business. In an interview on zylofon Tv Flexer, he said “I am the future of Ghana dancehall and the world music industry because i was born to do that and I have what it takes to do that . .

Related Topics:Flexer Gh
Up Next