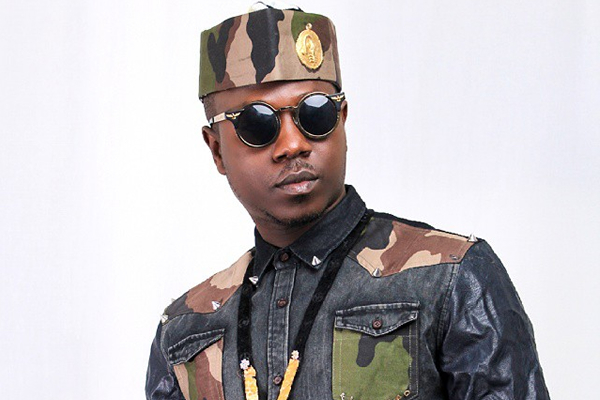 Ghanaian rapper Flowking Stone has opened up about the reason why he has not moved from the Ashanti regional capital, Kumasi to Accra to push his music career.

According to him, he will be considered an outcast should he do so.

Flowking Stone who started his music career in Kumasi over a decade ago believes his large fan base will desert him if he leaves the city.

“Currently I can boldly say that I am the only hope in Kumasi when you talk of a musician holding it down there.

“All the rest are in Accra and the people of Kumasi are disappointed in those who moved from here to reside in Accra. My big brother, Okyeame Kwame, is no exception based on the comments I hear all the time.

“I know how the fans in Kumasi are; once you leave them and move to Accra to make it big, forget coming back because you will not be considered as one of their own,” he stated last Saturday, January 25, on Peace FM’S Entertainment Review.

According to Flowking Stone, he would have made it big if he was in Accra considering how long he has been in the game but that is not the case now.

“Every artiste who moves to Accra becomes bigger than when he or she is residing in their region. Kofi Kinaata and a few others are big now because they moved to Accra but the issue is that Takoradi will still consider Kofi Kinaata as their own when he moves back but the fans in Kumasi are different and I know what I am talking about,” he said.

Related Topics:Flowking Stone
Up Next

Watch: Ofori Amponsah reveals he caught his friend in bed with his wife, reason for his hibernation

The Hewale Lala (Song Of strength) hit maker Perez Musik gets ready to have his first-ever major concert. END_OF_DOCUMENT_TOKEN_TO_BE_REPLACED

Kofi Sonny, CEO of 610Music, a direct representative for Universal Music Group in Africa, unveiled two of his newly signed artistes to the world over the weekend. The event pulled in dignitaries from all over the globe to witness what many have dubbed “the birth of greatness.” END_OF_DOCUMENT_TOKEN_TO_BE_REPLACED

GuiltyBeatz is ringing in the summer! The Grammy-nominated Ghanaian producer and DJ is back with another dazzling solo effort – an Amapiano-infused dance anthem ‘Universe’ featuring Pop sensation, Mr Hudson and buzzing Ghanaian singer, Twitch 4EVA. END_OF_DOCUMENT_TOKEN_TO_BE_REPLACED

The host of Joy FM’s Strong and Sassy, Animwaa Anim-Addo, has tied the knot in a private ceremony. END_OF_DOCUMENT_TOKEN_TO_BE_REPLACED

Grammy award-winning Nigerian musician, Burna Boy is trending on Twitter over his choice of outfit at a recent concert. END_OF_DOCUMENT_TOKEN_TO_BE_REPLACED