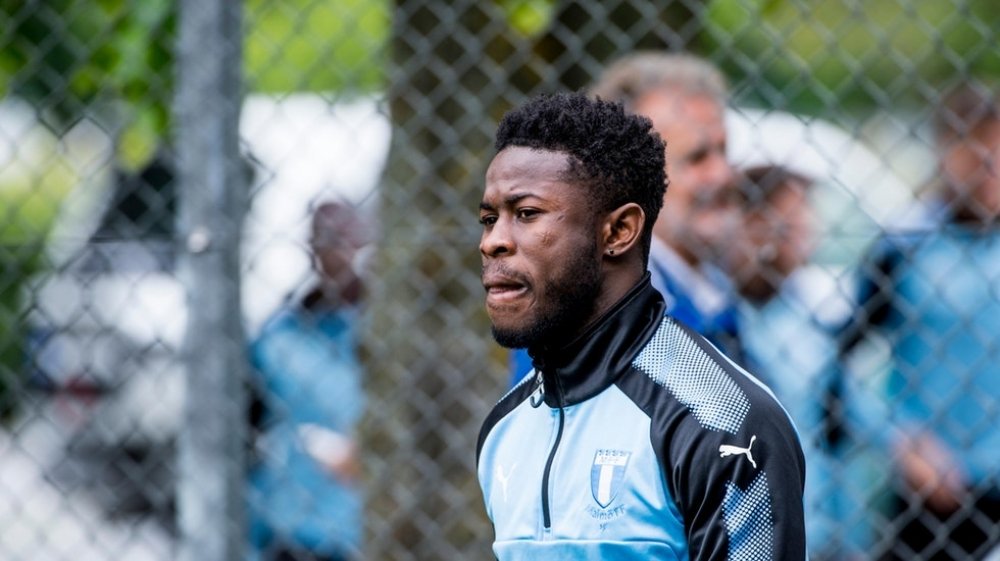 Ghanaian international, Kingsley Sarfo, who has been in prison in Sweden since June 2018, has reportedly been released today (Friday, November 8, 2019).

Kingsley Sarfo was jailed for sleeping with an underage Ghanaian lady in Sweden. Fresh evidence his lawyers picked from Ghana suggests the lady is way above her earlier reported age.

According to reports in the Swedish media, the talented Malmo FF midfielder will be allowed to continue his football career in the Northern European nation and will not be deported upon his release from jail.

After serving more than a year in jail, the 24-year-old has been exonerated of any crime as investigations have proven that the rape allegations leveled against him were false.

The latest investigations have clearly established that the victim fabricated lies on the Ghanaian international.

Sarfo will now be restored to his rights and freedom but it remains unclear if he will resume his playing career with Malmo FF. His playing contract was terminated following his sentence back in 2018.

He was jailed for two years and eight months in the European country for two child rape counts, a Malmo District Court ruled in June 2018. 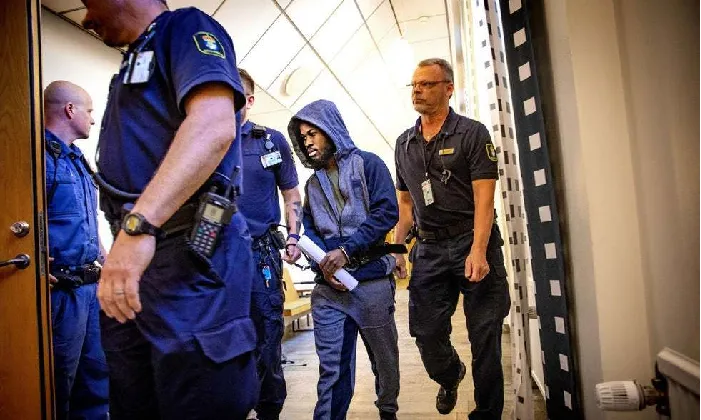 Sarfo had been in prison after he was charged with defilement in Sweden months earlier and all was taken into consideration for his early release.

The midfielder, who took Swedish football by storm with his speed and great dribbling ability, is the second Ghanaian player to be jailed in the European country following the ordeal of Kwame Bonsu.

Kingsley Sarfo was jailed for sleeping with an underage Ghanaian lady in Sweden. Fresh evidence his lawyers picked from Ghana suggests the lady is way above her earlier reported age. Sarfo will be freed at 10:00am today. https://t.co/f1m3P8ezyu

Related Topics:Kingsley Sarfo
Up Next

‘The Burial of Kojo’ longlisted for Golden Globe Awards

The kitchen is office, I don’t want my man there – Nana Aba Anamoah

Bose Ogulu has told her son Burna Boy to “tone down the madness” as she celebrated his birthday. END_OF_DOCUMENT_TOKEN_TO_BE_REPLACED

The Hewale Lala (Song Of strength) hit maker Perez Musik gets ready to have his first-ever major concert. END_OF_DOCUMENT_TOKEN_TO_BE_REPLACED

Kofi Sonny, CEO of 610Music, a direct representative for Universal Music Group in Africa, unveiled two of his newly signed artistes to the world over the weekend. The event pulled in dignitaries from all over the globe to witness what many have dubbed “the birth of greatness.” END_OF_DOCUMENT_TOKEN_TO_BE_REPLACED

GuiltyBeatz is ringing in the summer! The Grammy-nominated Ghanaian producer and DJ is back with another dazzling solo effort – an Amapiano-infused dance anthem ‘Universe’ featuring Pop sensation, Mr Hudson and buzzing Ghanaian singer, Twitch 4EVA. END_OF_DOCUMENT_TOKEN_TO_BE_REPLACED