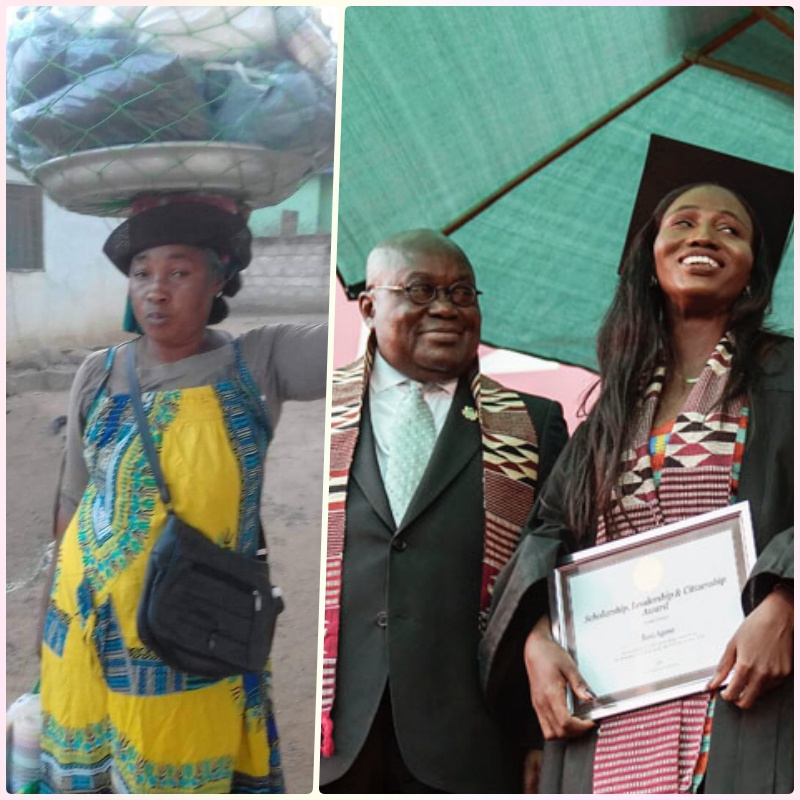 One of the most captivating stories i’ve seen this week is that of an illiterate mother and street porter who has been honoured with Ashesi University’s Presidential.  Ashesi University published: While graduation day was special for each member of the class of 2018, for Teni Agana 18, it was a day of a breakthrough. The simplest things are sometimes our greatest motivators. In Teni’s case, it was a photo of someone’s college graduation day. “I found the picture as a child, and I kept it on me at all times,” said Teni, whose father passed away early on in her life. “I really wanted to be that person someday and even though my family could not afford to pay my fees, I was ready to do what it takes. So I knew I had to find a way to fund my education myself.” Teni’s strong drive to become a college graduate someday propelled her to make some tough choices. Every vacation while in high school, rather than stay with her family in Bolgatanga in Ghana’s Upper-East Region, she chose to live and work at Bantama market, Kumasi in the Ashanti Region, as a kayayo ( head porter), to pay her tuition and boarding fees. Her hard work and perseverance carried her through high school, and eventually got her a spot at Ashesi University, as a MasterCard Foundation scholar. Today, Teni is a model representation of Ashesi’s motto; scholarship, leadership and citizenship, and is a recipient of the Presidential Award, the highest award a student can receive at Ashesi. She did not only transcend academic barriers, but was determined to give back in any way she could. “During my first semester, I failed a couple of courses, including Programming, because I had never used a computer before and I was then learning to type in coding class,” she explained. “Fortunately, staff and faculty especially my academic adviser were really supportive. They guided me to resources on campus including the Math and Writing resource centers. By my second semester, I had improved my grade point average from a 1.25 to a 3.0 (out of 4) and in subsequent semesters, made it onto the Dean’s list”. Having known the power of scholarships as a scholarship recipient herself, she was instrumental in raising funds to see four girls through their senior secondary school education. She also led fundraising efforts to sponsor the education of 15 brilliant students from the Berekuso township, where she also teaches mathematics to children. As a student, she served as a Mathematics tutor with the Berekuso Maths Project and Class tutor for Kayacare, an initiative that provides safe spaces for children of female porters in Accra’s marketplaces. Her long-term goal is to ensure that underprivileged children, especially girls with backgrounds like hers, have a support system to keep them from veering from their goal. She has been in those shoes and understands all too well how easy it is to get sidetracked. “It is hard when you have worked so hard to earn some money and then you have to give it up for a long-term investment such as school. The reward isn’t evident in the short-term and for many of us, it becomes an unrealistic goal and too much of a sacrifice. So it is easy to give up.” 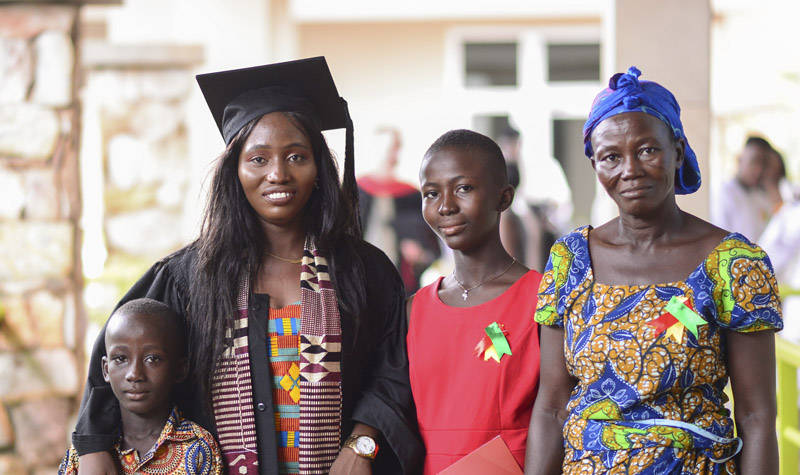 In her final year, Teni’s senior’s thesis was on creating awareness of the motivation and circumstances of kayayei in Ghana. She is passionate about minimizing the increasing number of girls from Northern Ghana who migrate to the streets of southern Ghana out of poverty. She hopes to eventually build a school for kayayei girls to keep them centered on the importance of education, and to keep them off the streets and help them avoid risks associated such as rape. She has already got some support from faculty and staff as well as her peers to help her achieve some of these goals. In the meantime, Teni plans to continue to teach and coordinate activities for the children at the Berekuso Math Project for the next year as national service. Her story is one of the strongest testaments to the power of sheer determination, and goes to show that once you do not lose sight of the goal, anything is achievable. “Whatever you can do or dream you can begin it,” Boldness really does have genius, power, and magic in it. Meanwhile another student of the University has shared the inspiring story on Twitter of how his illiterate mother, also saw him through his education by hawking

My inspiring illiterate mother who always has her store packed on her head received the @Ashesi Presidential award from the #president of the republic of #Ghana @NAkufoAddo and @PatrickAwuahJr on my behalf while in London to receive an award from Her Majesty the Queen. #soproud pic.twitter.com/fDkDafdZP5 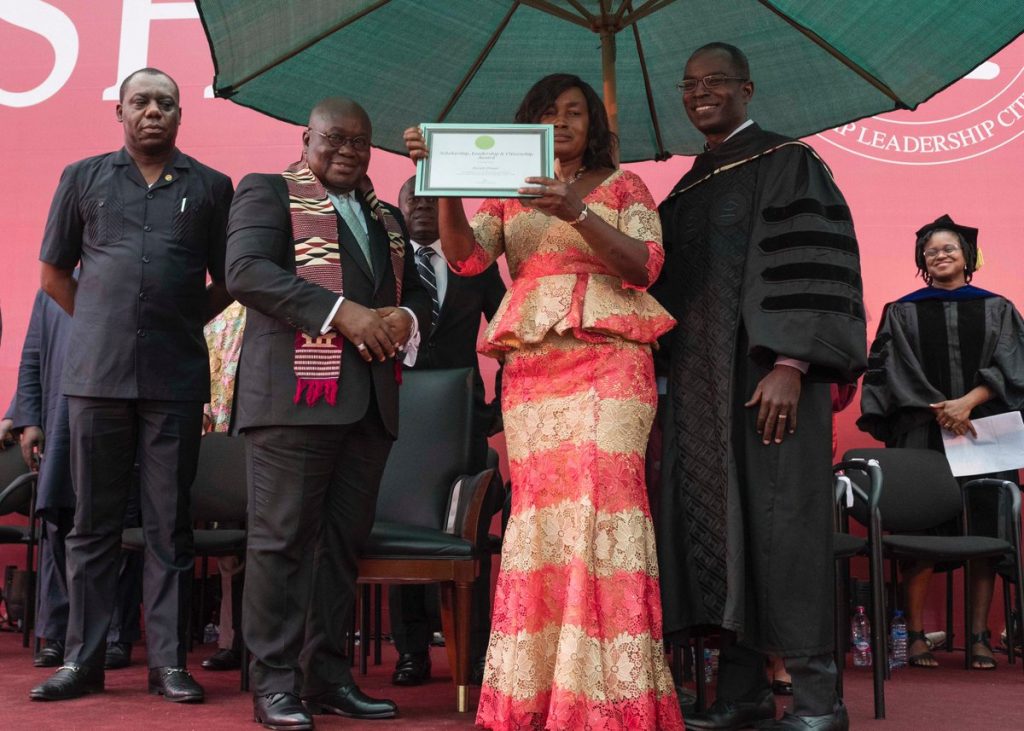 Derrick Omari’s mum at the graduation[/caption]]]>
Related Topics:ashesi university
Up Next