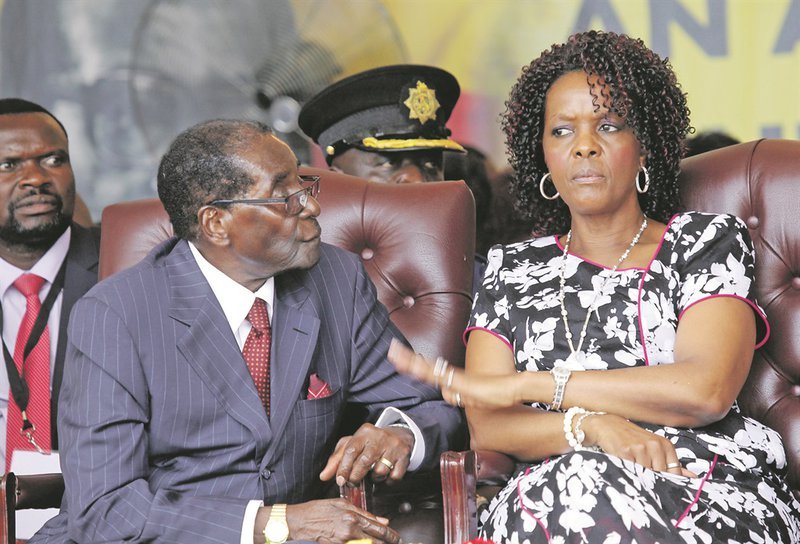 Former Zimbabwean first lady Grace Mugabe, who left the country in early 2020 for Singapore before the hard Covid-19 lockdown was imposed, is facing a challenge over her late husband’s burial.

Robert Mugabe died at the age of 95 on September 6 2019 in Singapore, which for years had become their preferred holiday destination. The family had also invested in real estate there.

Mangovere argues that Grace should be censured for burying her husband at the centre of the homestead, which is a taboo in their tradition.

Before his death, Mugabe told his wife he did not want to be buried at the National Heroes Acre in Harare. After exchanges and negotiations over a government-built mausoleum, the Mugabe family thwarted these plans and buried the longtime strongman at his Kutama home.

Mugabe, according to reports, feared his liver would be used for ritual purposes by the Emmerson Mnangagwa regime. It was made clear his body should be guarded by his close family until burial.

He was interred in a steel coffin and his grave was filled with concrete, making it impossible to access without detection.

Family sources said his widow is reluctant to return home for fear the government intends to arrest her for alleged crimes.

Top among them are allegations levelled against her in the 2019 land audit report by Supreme Court judge Tendai Uchena, which claims she clandestinely acquired state land worth at least $10m (R140m) for residential purposes without paying for it because of political clout.

Russell Goreraza, her son from her first marriage, was arrested and brought before the courts in April on theft charges after allegedly ordering the removal of a gold processing plant worth $130,000 (R1.8m) at a mine in Mazowe. The mine is located at the former first lady’s Iron Mask farm. Goreraza is out on bail but the state took his passport.

Family sources said of the Mugabe children, only Bona and her husband Simba Chikore are based in Harare, while Chatunga and his brother Robert junior are between SA and Singapore.

Grace “has no plans of coming back to Zimbabwe”, according to a close relative.

Another relative said: “I don’t know, but I doubt it.”

END_OF_DOCUMENT_TOKEN_TO_BE_REPLACED

According to several confirmed reports, Love And Hip Hop: Atlanta regular Mo Fayne was sentenced to 17 years behind bars for his role in a PPP fraud case. END_OF_DOCUMENT_TOKEN_TO_BE_REPLACED

END_OF_DOCUMENT_TOKEN_TO_BE_REPLACED

The MTV VMAs are back in Brooklyn. After the 2020 show didn’t feature any in-person performances, the red carpet has returned. END_OF_DOCUMENT_TOKEN_TO_BE_REPLACED

Attention-hungry rapper-reggaeton star Dan Sur has adopted an extreme look that is sure to fill even the most diehard hip-hop fans with dread. END_OF_DOCUMENT_TOKEN_TO_BE_REPLACED