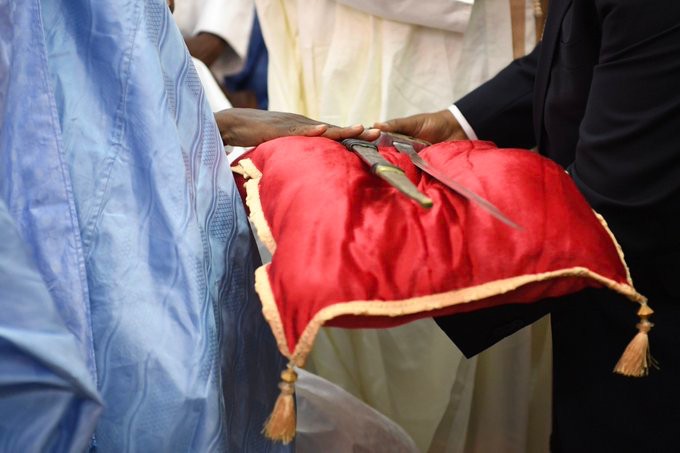 France has returned to Senegal a sword which belonged to a 19th Century Islamic, and anti-colonial leader Omar Saidou Tall.

The French Prime Minister Edouard Philippe handed over the curved iron, brass and wood sword in its leather sheath to Senegal’s President Macky Sall at a ceremony in Senegal’s capital Dakar.

Commenting on the return of the sword, President Sall wrote on Twitter: “I am delighted with the historical rendition of the El Hadj Omar Tall sword. A mythical symbol of the resistance of a great scholar. This restitution opens a new era, on the cultural level, between France and our States, as part of the repatriation of African heritage.”

The return of the historical artefact is part of a welcome commitment by France to return to its former West African colonies important items of their cultural heritage, which were stolen during colonial times.

Saidou Tall, is a respected figure in Senegal’s history, best remembered for leading an anti-colonial struggle against the French.

The curved iron, brass and wood sword has been kept in its leather sheath in the museum in Dakar on loan from France. The handover ceremony, attended by the French Prime Minister saw the sword being formally returned for a period of five years.

The next step following the temporary restitution reports say will be for French MPs to vote on a decision to permanently return this and other artifacts.

SOURCE: This Is Africa

Kanye West is teaming up with Dr. Dre for ‘Jesus Is King II’