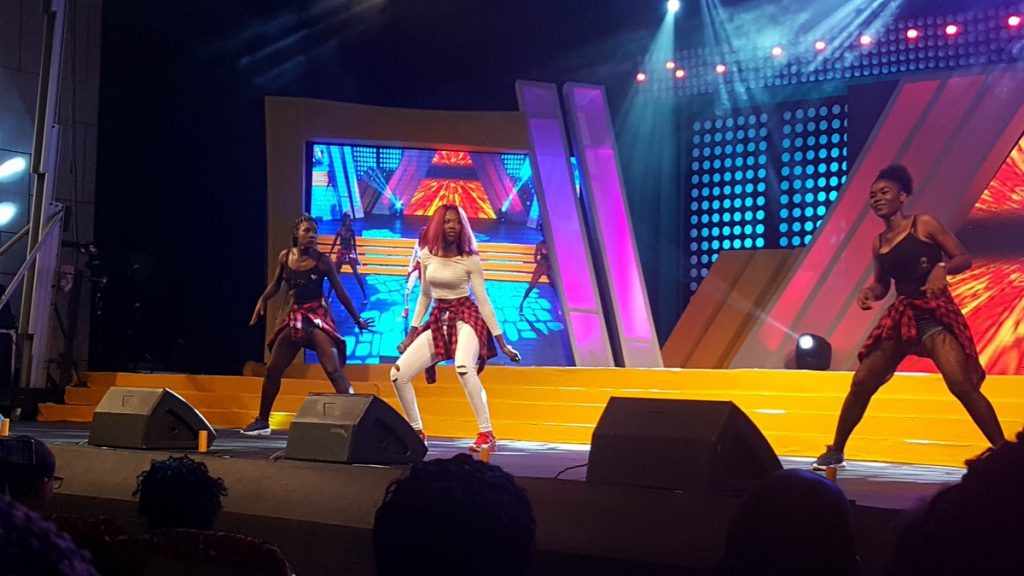 Freda has won MTN hitmaker season 6, making her the first female contestant to do so in the history of the music competition.  The finale of the 2017 edition of the event was  held on Wednesday, November 1 at the National Theater in Accra. Freda beat Xila, Drew, and Yaw Berk to win the Gh100,000 recording deal. She also gets a free music video worth $5000. Xila, Yaw Berk and Drew occupied the fourth, third and second places respectively. Drew who became second for the reality show walked home with Gh10,000 cash prize. The four finalists on the final night had two performances. The first round saw them singing songs of renowned musicians in and outside the country and the final round had them performing their original songs. Freda received positive comments from all judges for both performances whilst the judges had issues with either of the performances of the other three contestants – Xila, Yaw Berk and Drew. Freda becomes first female to win the MTN Hitmaker reality show. MTN Hitmaker season 6 finals was hosted by Berla Mundi and Giovanni Caleb all of EIB Network. Judges on the night were Francis Doku, Caroline Sampson and music producer Kaywa. The competition began with 16 talented contestants with hopes of becoming the next Hitmaker, but Freda was announced winner on the final night. Previous winners for MTN hitmaker reality show include Koo Ntakra, Kidi, Kurl Songx and others]]>

Related Topics:MTN Hitmaker
Up Next